Olympics chief Mori resigns but change depends on his successor 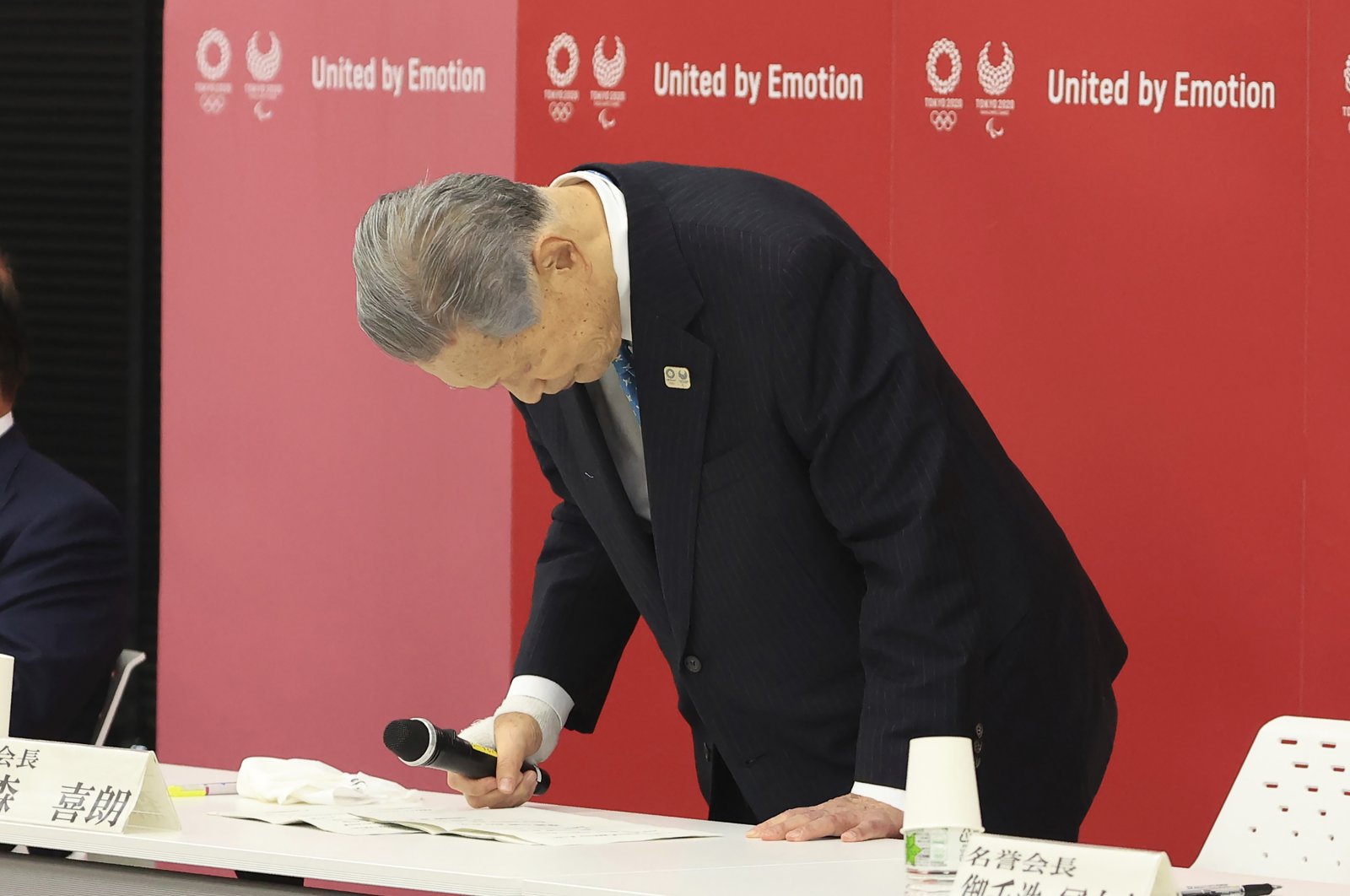 “As of today I will resign from the president's position,” he said to open an executive board and council meeting. The board was expected to pick his successor later on Friday. Mori was appointed in 2014, just months after Tokyo won the bid to host the Olympics.

"My inappropriate comments have caused a lot of chaos,” he said. He repeated several times he had regret over the remarks, but also said he had “no intention of neglecting women.”

Mori’s departure comes after more than a week of nonstop criticism about his remarks earlier this month. He initially apologized but refused to step away, which was followed by relentless pressure from television pundits, sponsors and an online petition that drew 150,000 signatures.

But it's not clear that his resignation will clear the air and return the focus to exactly how Tokyo can hold the Olympics in just over five months in the midst of a pandemic.

The Olympics are to open on July 23, with 11,000 athletes and 4,400 more in the Paralympics a month later. About 80% in recent polls in Japan say they want the Olympics canceled or postponed, with the clear support of about 15%.

Early reports said the 83-year-old Mori had picked 84-year-old Saburo Kawabuchi, the former president of the governing body of Japanese football and a former player himself. He played for Japan in the 1964 Olympics.

Kawabuchi is even older than Mori and will raise the issue of why a woman was not appointed. This is the center of the entire debate that Mori triggered over gender inequality in Japan and the absence of women in boardrooms, politics and sports governance. Women are also largely absent from leadership roles at the organizing committee.

Kawabuchi indicated on Thursday he had been contacted by Mori and would accept the job if offered. But he said later he might not be the appropriate choice and seemed to be withdrawing.

Japanese media immediately pointed out there were three qualified women – all athletes and former Olympians and at least a generation younger – who could fill the job.

Seiko Hashimoto, the current Olympic minister and a former Olympian, has also been mentioned as a candidate.

Mori’s remarks have put the spotlight on how far Japan lags behind other prosperous countries in advancing women in politics or the boardrooms. Japan stands 121st out of 153 in the World Economic Forum’s gender equality rankings.

Koichi Nakano, a political scientist at Sophia University in Tokyo, characterized Japan as a country still run “by a club of old men.” But he said this could be a watershed.

“Social norms are changing,” he wrote in an email to The Associated Press (AP). “A clear majority of the Japanese found Mori’s comments unacceptable, so the problem is more to do with the lack of representation of women in leadership positions. This sorry episode may have the effect of strengthening the call for greater gender equality and diversity in the halls of power.”

Though some on the street called for Mori to resign – several hundred Olympic volunteers say they are withdrawing – most decision-makers, including Japanese Prime Minister Yoshihide Suga, stopped short of this and simply condemned his remarks.

A comment a few days ago from Toyota President Akio Toyoda seemed to move the needle.

Toyota is one of 14 so-called Olympic TOP sponsors that pay about $1 billion every four-year cycle to the International Olympic Committee (IOC). The company seldom speaks out on politics, and Toyota did not call for Mori's resignation. But just speaking on the matter might have been enough.

"The (Mori) comment is different from our values, and we find it regrettable,” Toyoda said.

Toyota and Coca-Cola also are major sponsors of the torch relay.