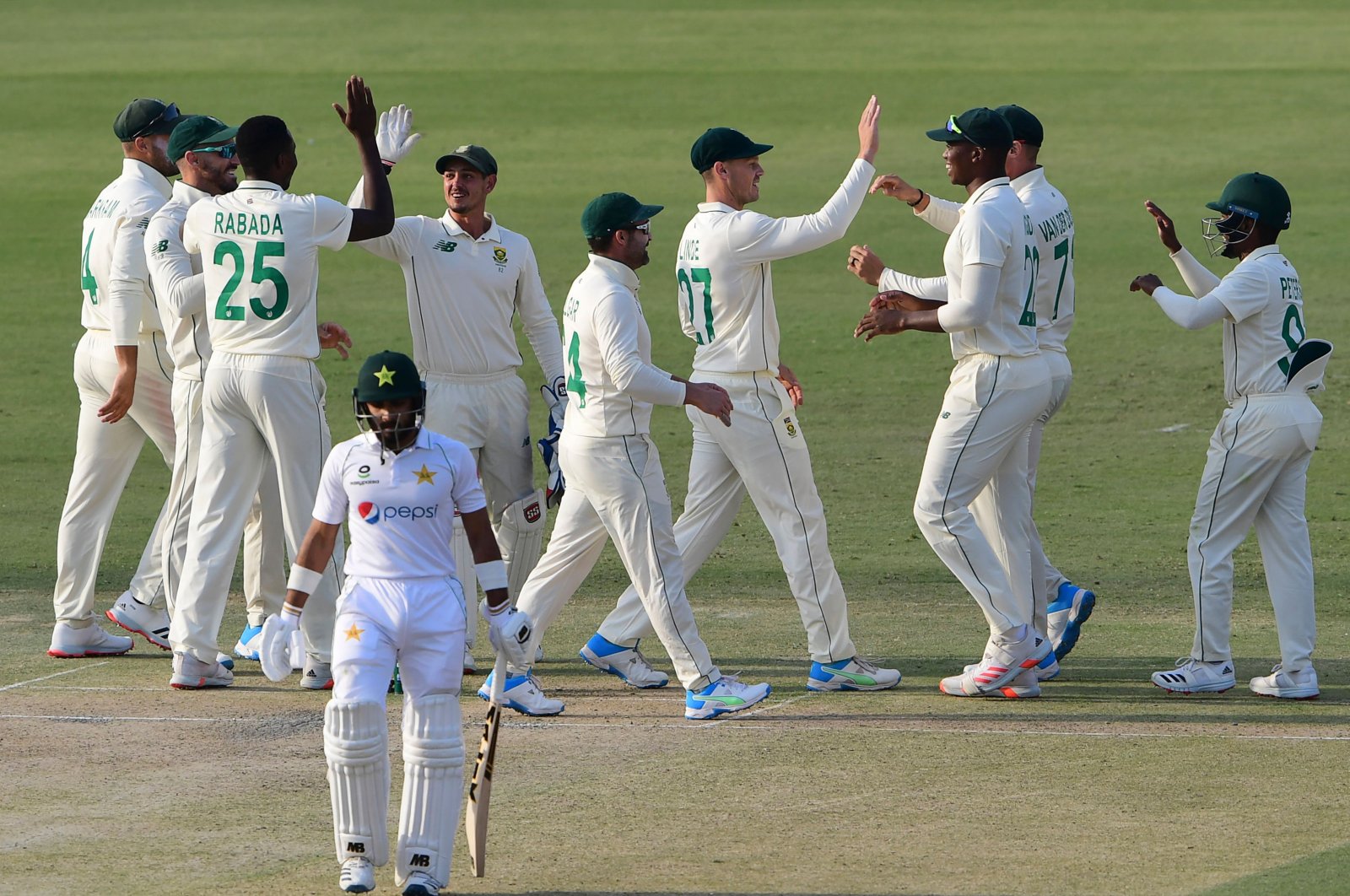 Pakistan was in trouble at 33 for four at the close of play, having bowled out the visitors for 220 – their second-lowest total in the country.

Fourteen wickets fell on the brownish National Stadium pitch, which had been expected to take spin from day one.

South Africa was well placed at 108-2 soon after lunch, but lost their last eight wickets for just 112 runs – barely managing to overhaul their lowest total in Pakistan, the 214 made at Faisalabad in 1997.

But then Rabada paid back the hosts with interest, bowling Abid Ali (four) in his third over and then getting debutant Imran Butt (nine) caught at leg-slip off a rising delivery.

Babar Azam, leading Pakistan for the first time in a Test, fell lbw to spinner Keshav Maharaj for seven before night watchman Shaheen was bowled by Anrich Nortje without scoring.

At the close, Azhar Ali and Fawad Alam were unbeaten on five each – with Pakistan trailing by 187 runs with six wickets intact.

Earlier, opener Dean Elgar top-scored for South Africa with 58, while George Linde (35) and Rabada (21 not out) were other notable contributors.

"I would not have said that after our batting, but then we fought back by taking wickets," he said.

"Knowing that this pitch will get tougher, and knowing that we have good spinners, I am confident that we can get further ahead."

Elgar struck his 16th Test half-century – laced with nine boundaries – before he edged Nauman into the hands of Azam at slip.

Elgar and Faf du Plessis (23) had steadied the innings during their 45-run stand for the third wicket after Aiden Markram (13) and Rassie van der Dussen (17) were dismissed in the first session.

Both sides entered the Test with two spinners and three pace bowlers.

The two-match series marks the first tour by South Africa to Pakistan in 14 years, a positive step for the revival of international cricket in the host country.

A deadly attack on Sri Lanka's team in 2009 froze international tours to Pakistan before their gradual resumption in recent years.