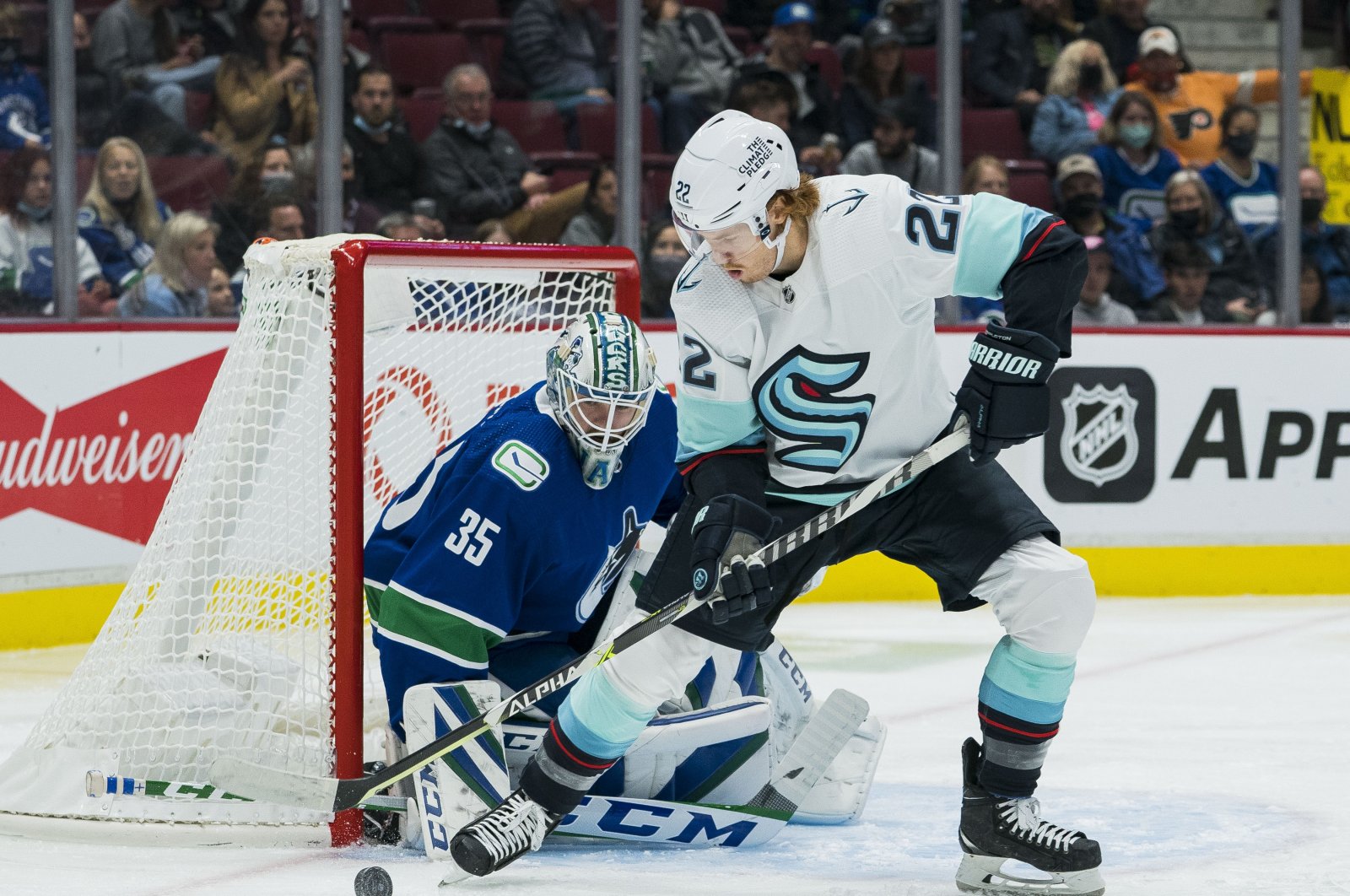 The puck is set to drop Tuesday, Oct. 12, on the National Hockey League's (NHL) 82-game regular season, which will feature a total of 32 teams competing for a place in the Stanley Cup Playoffs thanks to the addition of the league's newest team, the Seattle Kraken.

It's all there to be written for the Kraken, which is the beauty, wonder and appeal of the newest franchise in town.

We saw it, long ago, with the other expansion teams that now have become established elders in the Seattle sports scene. There's nothing quite like being on the ground floor of possibility, where everything is a first and the sense of shared ownership is powerful.

Soon enough, there will be complaints, resentments, second-guesses – the baggage of being an invested sports fan. But now, the slate is clean, a tabula rasa upon which every Kraken player is eager to add his signature.

The excitement has been building from the day the NHL ice hockey franchise was awarded in December 2018, following a long and often torturous battle for the arena that made it possible.

It grew through the team-building process that finally took tangible shape during the expansion and entry drafts in a whirlwind week in late July. Tweaking of the roster followed, and no doubt will continue apace as general manager Ron Francis and coach Dave Hakstol try to shape the sort of tenacious team they have extolled.

In September, the Kraken took the ice for the first official workout at Kraken Community Iceplex, followed closely by the first exhibition game in Spokane. It was a 5-3 win over the Vancouver Canucks, if you believe in omens.

After the first workout, while discussing Mason Appleton, a young winger and center drafted from the Winnipeg Jets, Hakstol laid out the promise of reinvention for the entire squad.

"It's a bit of a cliché, but it's an open opportunity for everybody," he said. "There's truth to that. That's the beauty of this situation and scenario for everybody. There's truly a clean slate."

The players feel it, too. Jordan Eberle, the veteran right winger who comes to Seattle from the Islanders, is eager to forge the identity of the Kraken. As he pointed out, if you're traded to an existing team, the culture is already established, as is the style of play. It's incumbent upon the newbie to adjust. But in Seattle, it's an entire roster of newbies.

"The advantage is, we can kind of create the makeup of our team," he said.

No cliques, no preconceived notions. They are like scientists in a laboratory, working on combinations to find the desired chemistry, on and off the ice.

"We're all kind of in the same situation where there's no group of guys that's been on the team for five years, and there's not any new guys coming in to break into that," goalie Chris Driedger said. "We've kind of all started from scratch, so it's good. Everyone can be themselves and show what they can do."

What kind of team does the Kraken envision being? The words that were tossed out by players after the first workout were the ones you'd expect.

It's what every ice hockey team aspires to be, for a simple reason: Every winning team possesses those qualities.

"I mean, those are baseline foundational building blocks, along with skill and intelligence," Hakstol said. "Those are things you have to have within a good hockey team."

Ice hockey is a sport where intangibles produce a tangible result. It's impossible to know yet if the group that breaks camp for the Kraken's inaugural NHL season will have the right stuff. But among those chosen in the expansion draft, there does seem to be a sort of shared camaraderie and motivation that comes with being wanted by Seattle, and by inference deemed disposable by the team that exposed them in the draft.

"I think all of us have a little bit of that mentality this year, to be honest," said defenseman Mark Giordano, the most veteran Kraken.

"We have a lot of those guys in our locker room, so I think that has to be our identity. We have to be extremely hard to play against. I think we have the players in place to do that."

This unveiling is all taking place in an atmosphere of intrigue over the new team. The players say the curiosity and anticipation from the outside is palpable on the inside. They know that Kraken gear of any sort is the hottest selling item in sports merchandising. They saw the crowds waiting to greet them at the first workout. They sense the buzz.

"It's really exciting," Driedger added. "I mean, it's one of the reasons I signed here. It's a lot of fun coming to a brand new city for the inaugural season. There's tons of excitement around. Everyone's excited in the room. The fans are pumped up. The city seems like it's on fire with Kraken hockey. I think we're going to build off that energy and take it into the season."

After the first workout, a day Hakstol had circled on his calendar from the moment he got hired, a day that caused his players to smile as they skated and gripped their sticks just a little too tightly, the coach said: "Today was a great day of first impressions for everybody."

Sometimes, first impressions are the best ones.