Roommates to rivals: Bosa, Elliott to square off on NFL gridiron 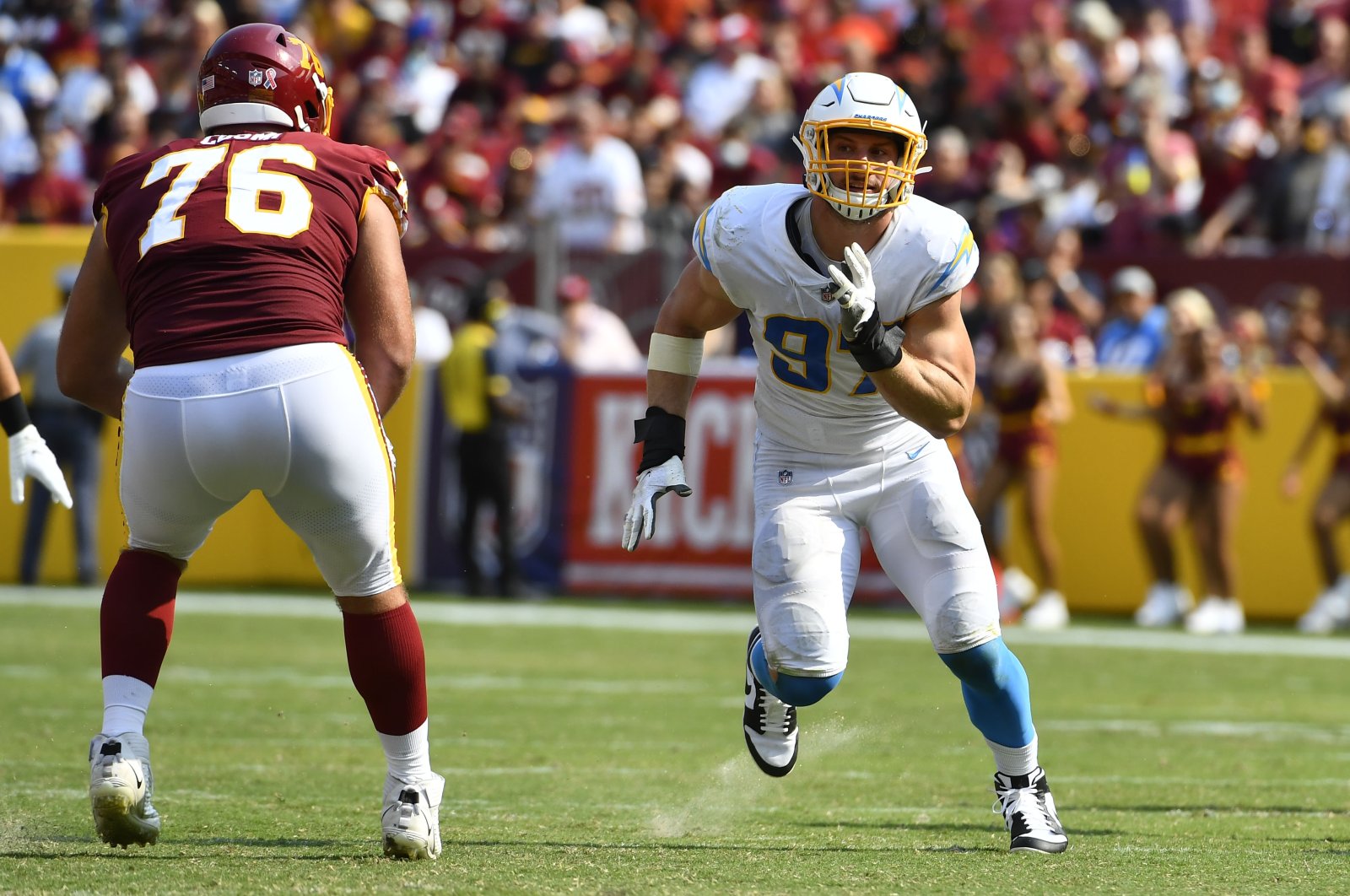 Eight years since they first met as roommates and members of an Ohio State Buckeyes team that would go on to win the inaugural College Football Playoff, Joey Bosa and Ezekiel Elliott will line up on opposite sides of the ball in a key Week 2 NFL matchup on Sunday.

Bosa and the Los Angeles Chargers play in front of fans at their palatial Inglewood, California, home for the first time when they host Elliott and the Dallas Cowboys.

The Chargers won their opener for the third straight season and are looking to go 2-0 for the first time in nine years while the Cowboys attempt to avoid their first 0-2 start in 11 years.

This will be the first time Elliott and Bosa have faced each other in the NFL. Elliott was serving an NFL suspension the last time the two teams met on Thanksgiving Day in 2017.

“It’ll be awesome. Last time we played against each other was in practice (preparing for the 2016 Fiesta Bowl) and we didn’t take it easy on each other then, so I am sure we won’t this weekend," Bosa said. "We have come a long way from the dorm rooms back in 2013, so it will be cool to be out there with him.”

Bosa and Elliott were roommates during their first two years at Ohio State, including the 2014 national championship season. Elliott said they were able to spend some time with each other in Dallas during the offseason.

“Man, that’s my brother,” Elliott said. “I mean we went through a lot together. I mean coming in, young, 17, growing up. Basically, we came in on that campus together and we won a national championship here in Dallas, so it was just fun.

“I think we both were messy. We both are big mama’s boys so we weren’t the best cleaners. We both had our mom come do our laundry on weekends when they came in town for the game.”

Both were drafted in 2016 when Bosa went third overall to the Chargers and Elliott was selected one spot later by the Cowboys. Both have also had major impacts on the league.

Bosa's 48 1/2 sacks over the past five-plus seasons rank seventh in the league. His five-year contract extension last July also made him the league's highest-paid defensive player until Pittsburgh's T.J. Watt eclipsed that last week.

Elliott won the league rushing title two of his first three seasons, and his 8,341 scrimmage yards in his first five years were eighth-most in league history.

Both players also have a lot to prove after the openers.

Elliott had only 33 yards on 11 carries in last week's 31-29 loss at Tampa Bay, and spent the majority of his time in pass protection. Elliott fielded many questions about his lack of workload against the league's top rush defense and was frustrated with the tone.

"If you know football, if you’re in this building, you can tell someone can have a solid game without having the best statistics,” Elliott said. “If you’re the one that’s saying that, then you probably should study a little more.”

Staley faced Elliott last season when he was Rams defensive coordinator. Elliott scored two touchdowns, including one receiving, in a 20-17 loss.

“My eyes tell me that this guy is a top two to five back in this league. Playing against him last year, what was unique is I could hear everything last year. There was no crowd, so I could hear the sound of every tackle,” Staley said. "I remember going home and watching the TV copy with my wife. It was late, but she stayed up and we watched it. You could hear it; you could hear the pads popping. He’s a physical guy. I still think he’s a premium back.”

Bosa had a sack and two quarterback hits in last week’s 20-16 win over Washington. He also had a 60% win rate on beating an offensive lineman on push rushes, which according to Zebra Technologies was tops among edge defenders.

But Bosa also had a pair of roughing-the-passer penalties that he said he needs more clarification about; he thought he didn't do anything malicious.

“He has a lot of length. Just an excellent player, great understanding, they’re moving him around, they’re a multiple defensive front football team, so we got to be really good at locating him and knowing where he is at all times,” Cowboys coach Mike McCarthy said.

Bosa said the biggest concern for the Chargers and the defensive line is trying to prevent quarterback Dak Prescott from escaping out of the pocket and making sure everyone is sound with their technique.

“Obviously, they have some weapons, but I think if you neutralize Dak, then he won’t be able to get the ball to those weapons," Bosa said. "It starts with us upfront, being able to not take these high rushers and open up those big gaps and just rush in sound as a group before.”