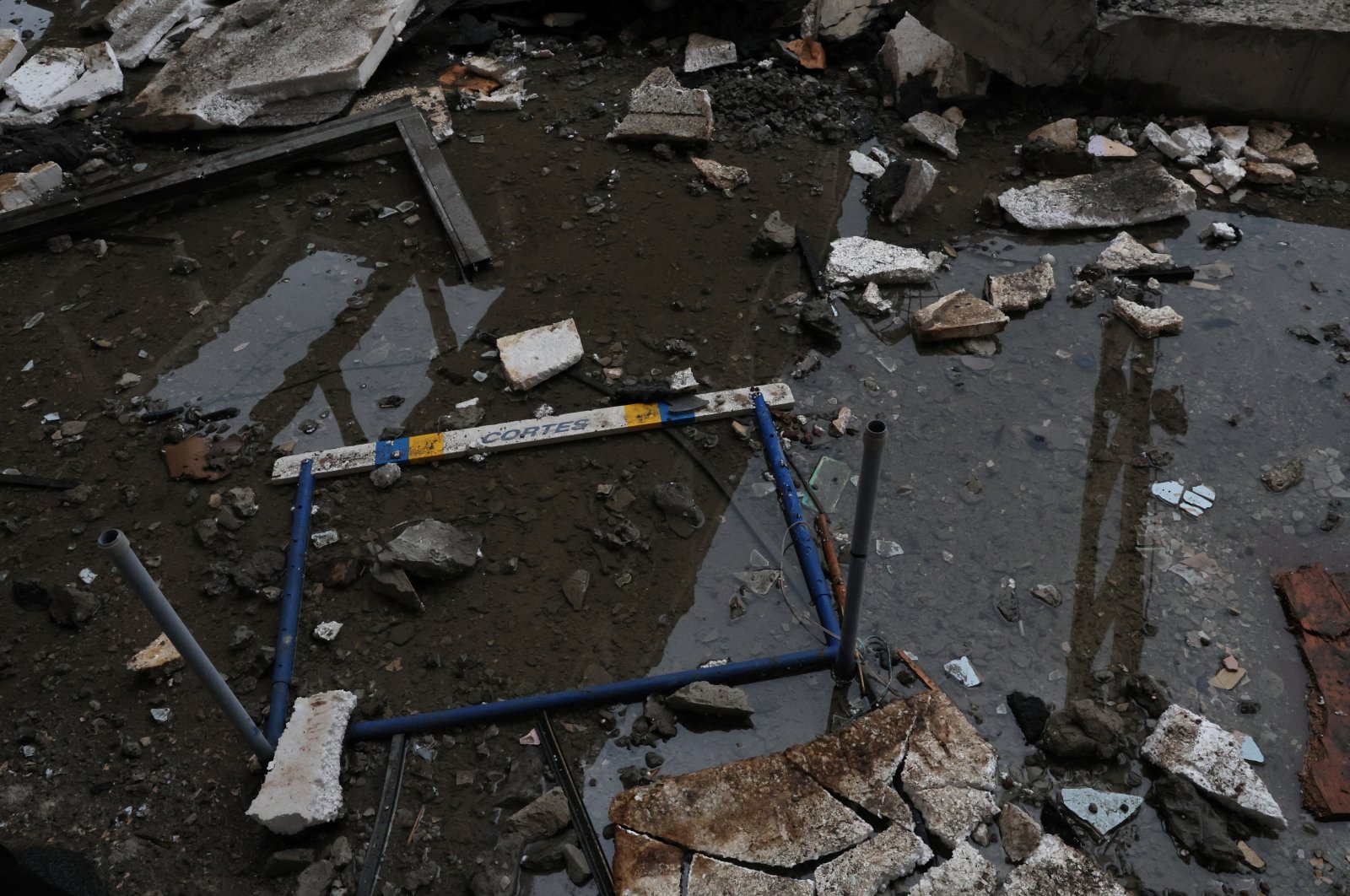 At least 89 Ukrainian sportspeople have been killed in Russian attacks so far, while more than 100,000 athletes are deprived of any opportunity to train as hundreds of facilities lay in ruin

Young football players in the city of Kharkiv are grieving over the death of their coach, killed by a Russian shell last week in an incident that highlights the heavy toll the war is inflicting on all areas of Ukrainian society, including sport.

"It hurt so much, it is as if I had lost a father," said player Danil Kaskov, taking part in a match staged in honor of Andrii Doroshev, who died on June 27 when shells slammed into a residential area of Ukraine's second-biggest city.

"I hope he is watching over us from above, that we can make him proud. This tournament is a tribute to him, all the trophies are in his memory. Everything is for him," he told Reuters.

Long proud of its achievements in gymnastics, boxing, football and other sports, Ukraine is counting the cost of the war, now into its fifth month, on its sporting infrastructure and on its sportsmen and women.

"More than 100,000 Ukrainian sportsmen have been deprived of any opportunity to train, and hundreds of Ukrainian sports facilities have been destroyed," President Volodymyr Zelenskyy said Sunday while hosting the head of the International Olympic Committee (IOC) for talks in Kyiv.

"Many Ukrainian sportsmen joined the armed forces to protect our country, to defend it on the battlefield. Eighty-nine sportsmen and coaches have been killed in the fighting, 13 have been captured and are being held captive by the Russians," he said.

His younger brother Wladimir, another world heavyweight boxing champion, enlisted in the Ukrainian reserve army shortly after the Russian invasion began on Feb. 24.

Reuters video footage showed the sports complex of Kharkiv Polytechnic Institute reduced to piles of concrete and twisted metal by what authorities said were multiple Russian missile strikes on June 23.

One Ukrainian serviceman said Russian forces were deliberately targeting large buildings such as sports halls and schools in the belief that they were being used by Ukraine's armed forces.

Other images circulating on social media in recent days have included one of a massive crater reportedly caused by Russian shelling of a football pitch in Mykolaiv, a southern city that has also seen particularly heavy Russian bombardment.

On his visit to Kyiv Sunday, the IOC's Thomas Bach said the organization was ready to help with the reconstruction of Ukrainian sports facilities as he announced a tripling of a fund set up in February for that purpose, to $7.5 million.

Bach also pledged support to Ukraine's teams planning to take part in the 2024 Olympic Games in Paris and the winter Olympics expected to be held in Italy in 2026.