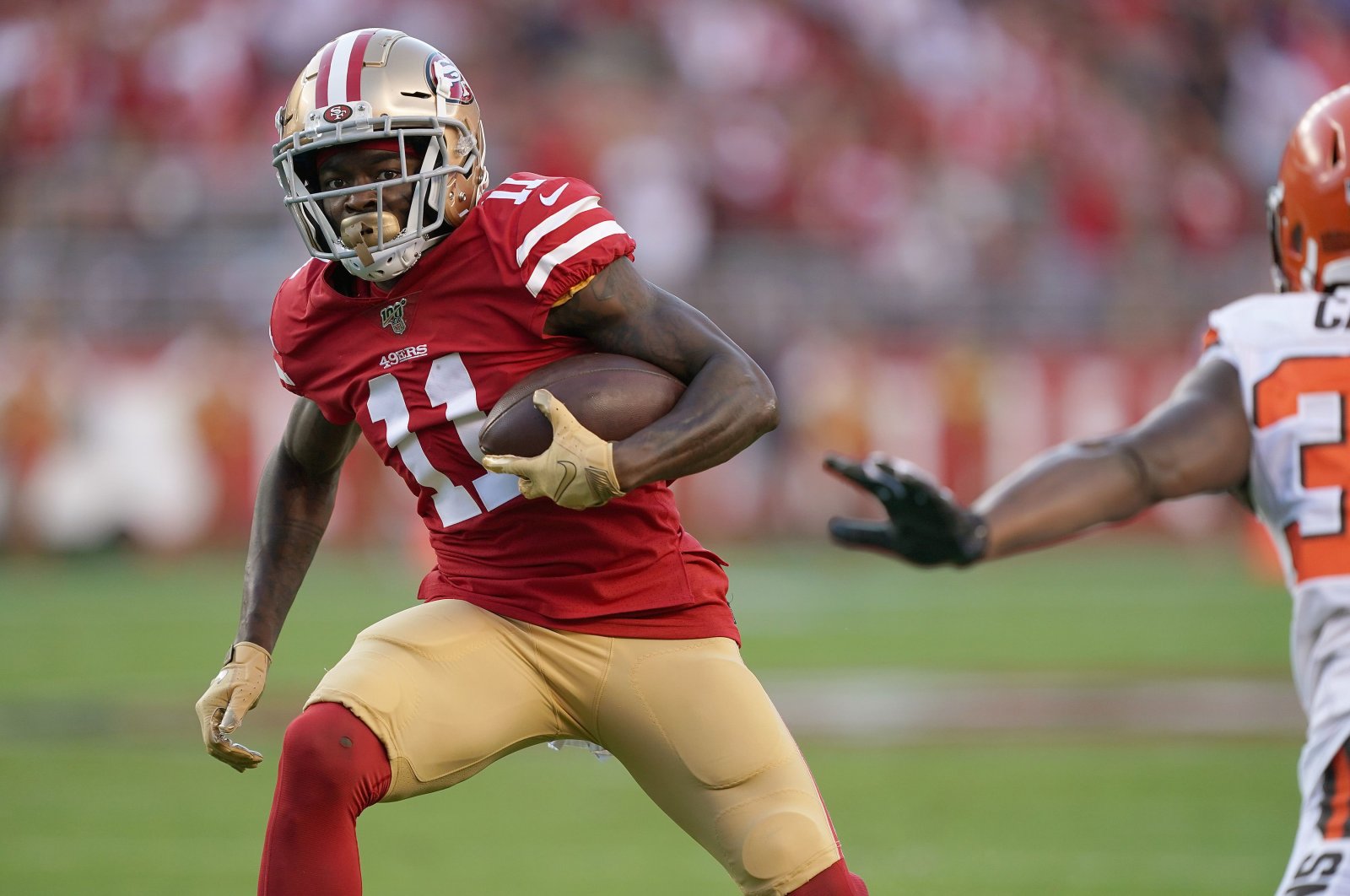 On Saturday, the final day of the NFL entry draft, the Philadelphia Eagles acquired wide receiver Marquise Goodwin and a sixth-round pick from the San Francisco 49ers.

The Eagles used their sixth-round draft pick from the 49ers to take Nigerian offensive tackle Prince Tega Wanogho, who played last season at Auburn University.
In return, the 49ers received the 190th pick in the draft, which they used to take tight end Charlie Woerner of the University of Georgia.

This was the NFL's first-ever virtual draft as the league's 32 GMs were forced to make their selections from locations across the United States. A planned Las Vegas gala event had to be scrapped due to the COVID-19 pandemic.

The 29-year-old Goodwin spent the past three seasons with the 49ers, catching 91 passes for 1,543 yards and seven touchdowns in 36 games.

The Texan's best season came in his first in San Francisco in 2017, with career bests of 56 catches for 962 yards. He is due to earn almost $4 million in salary next season.

Wanogho was born in Delta State, Nigeria and moved to the U.S. to pursue a basketball career. Wanogho switched to American football and won a scholarship despite having played the sport for just one year.

The 49ers also traded running back Matt Breida to the Miami Dolphins for a fifth-round draft pick. The 49ers used the pick to select West Virginia tackle Colton McKivitz.