Seahawks cough up ball in overtime, lose 23-20 to Steelers 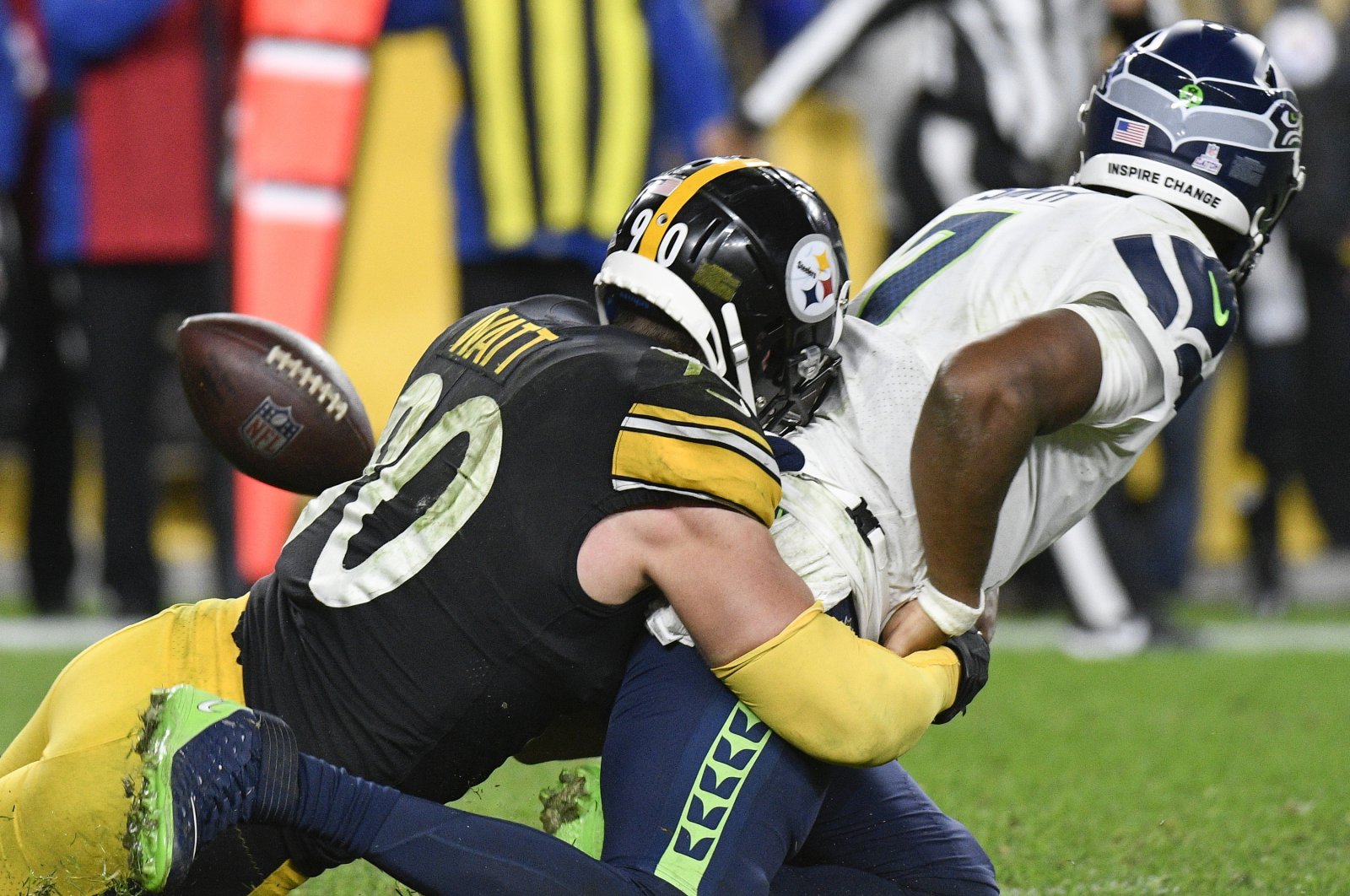 It is already looking like a lost season for the Seattle Seahawks, who were playing without Russell Wilson under center for the first time in nearly a decade. While backup quarterback Geno Smith was able to force overtime against the Pittsburgh Steelers, a mistake in the extra period sealed the Seahawks' fate.

Smith saw an opening in the offensive line and took off down the middle of the field. Unfortunately for Smith, he didn’t see Pittsburgh Steelers’ outside linebacker T.J. Watt.

Watt strip-sacked Smith in the waning minutes of overtime on Sunday night. Teammate Devin Bush pounced on the loose ball to set up Chris Boswell’s game-winning 36-yard field goal as the Steelers escaped with a 23-20 victory.

“I had two hands on the ball,” Smith said. “I was getting ready to tuck it and get as many yards as I could.”

Smith, starting in place of injured Russell Wilson, completed 23 of 32 passes for 209 yards and a touchdown in his first start in nearly four years. Alex Collins ran for 101 yards while filling in for injured starter Chris Carson, the first 100-yard rushing game by a Seahawk since Dec. 15, 2018. He left in the fourth quarter with a lower-body injury.

“I thought he played tough as hell,” Seattle coach Pete Carroll said of Smith. “He was clear and calm and poised exactly like you hope he’d be. The game was not too big for him at all.”

Smith rallied the Seahawks to overtime with a nine-play drive. Jason Myers booted a 43-yarder as time expired in regulation. Smith completed six passes during the series, including a 10-yarder to DK Metcalf, setting up Myers’ tying kick.

“I thought he was solid,” Carroll said of Smith. “I thought he managed the game well. He gave us a chance to win the football game.”

The Seahawks advanced to the Pittsburgh 45 on the first possession of overtime, but a Watt sack forced a punt. Pittsburgh went three-and-out, as the Seahawks took over for the second time in the extra period.

But then Watt struck again.

“That last drive, I was thinking, “just take it down and score, somehow, someway,” Smith said. “I put that on myself.”

The Seahawks played their first game without Wilson under center since 2011. Wilson is out for several weeks while recovering from surgery on the middle finger of his throwing hand. Wilson previously started 165 consecutive games, regular season and playoffs combined. It was an ironman streak that began with the first game of his rookie season, as Wilson had been under center for the Seahawks for every regular season and playoff game since the start of 2012.

Smith made his first start since Dec. 3, 2017, when he was with the New York Giants. Last week, Smith entered in the fourth quarter against the Los Angeles Rams. He initially flourished in trying to lead a late rally, but an interception ended that comeback bid.

A fumble stalled Smith against the Steelers.

“Back-to-back weeks, our defense gave me the ball, and gave us a chance to go out and score,” Smith said. “That’s solely on me and I have to be better.”

The Seahawks started the second half with a 10-play, 75-yard scoring drive that featured nine runs. Collins had eight carries for 58 yards in the series, including the 2-yard touchdown run that made it a 14-7 game.

Boswell kicked a 27-yard field goal, giving Pittsburgh a 10-point lead, 17-7, but Seattle answered with another touchdown. Smith connected with Gerald Everett for a 41-yards and then threw his first touchdown pass in an NFL regular-season start in 1,414 days with a 2-yarder to Will Dissly.

Smith will have to wait at least another week for a win.

“To be down and to come out in the second half and play the way we did speaks to every man in that locker room,” Smith said. “It’s super tough, but we’re not going to hang our heads. We’re going to find a way to bounce back and get a win.”