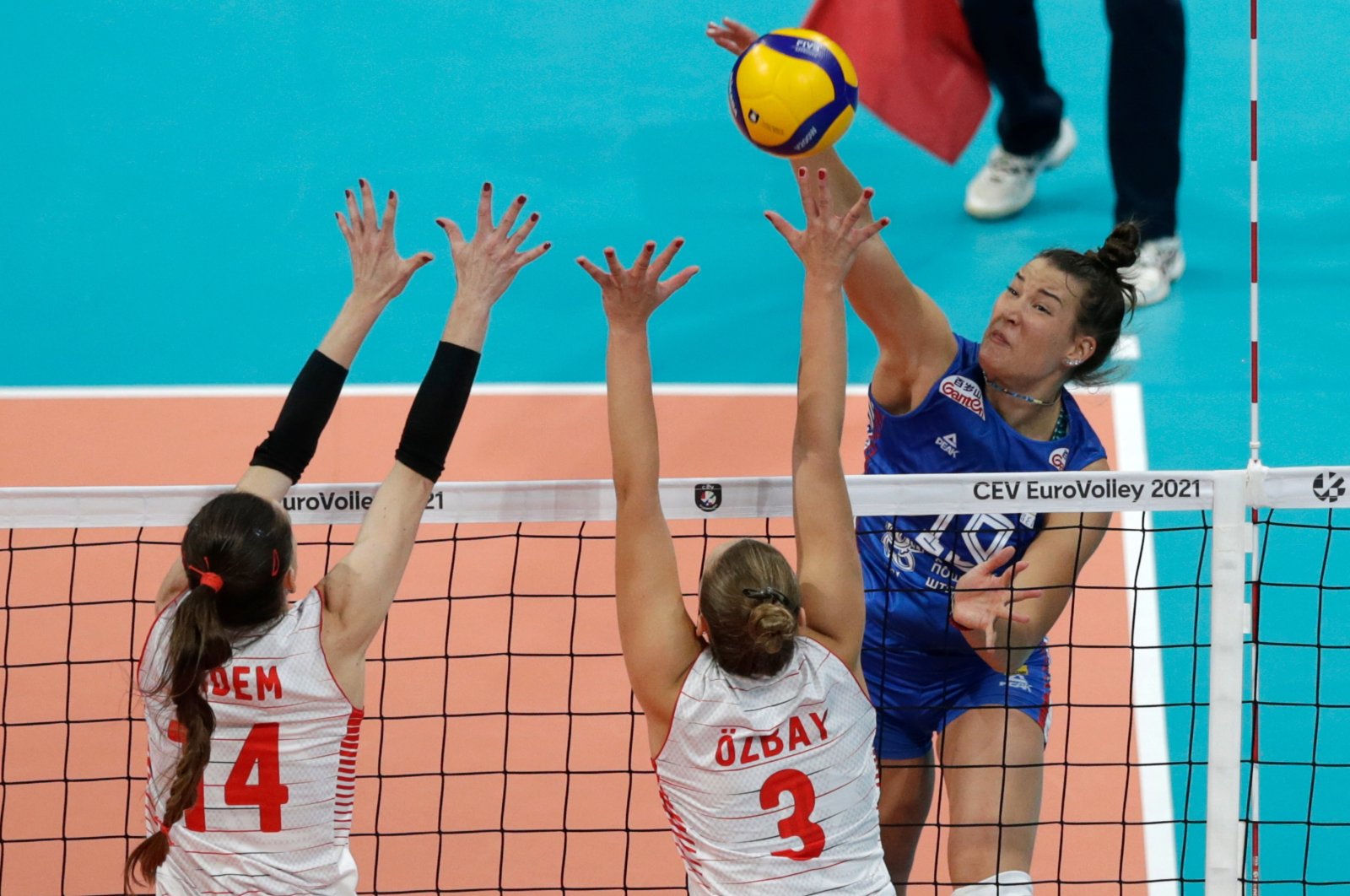 The Turkish Women's Volleyball Team quest for the European crown came up short on Friday as the Sultans of the Net were eliminated in the semifinals of the CEV EuroVolley 2021, losing 3-1 to Serbia.

Serbia struggled against Turkey in the beginning, losing a nail-biting first set 32-34. However, the Serbians quickly regained their composure and took the next three sets 28-26, 25-23, and 25-13 at Stark Arena in the capital Belgrade.

Serbia's Tijana Boskovic's 39 points were key for her team's victory.

The game marked the eighth victory for Serbia in 10 EuroVolley encounters with Turkey.

Serbia on Saturday will take on the winner of the Netherlands-Italy game for the gold medal at Stark Arena in Belgrade, while the same day Turkey's Sultans of the Net will face the loser of the other semifinal in the bronze medal game.