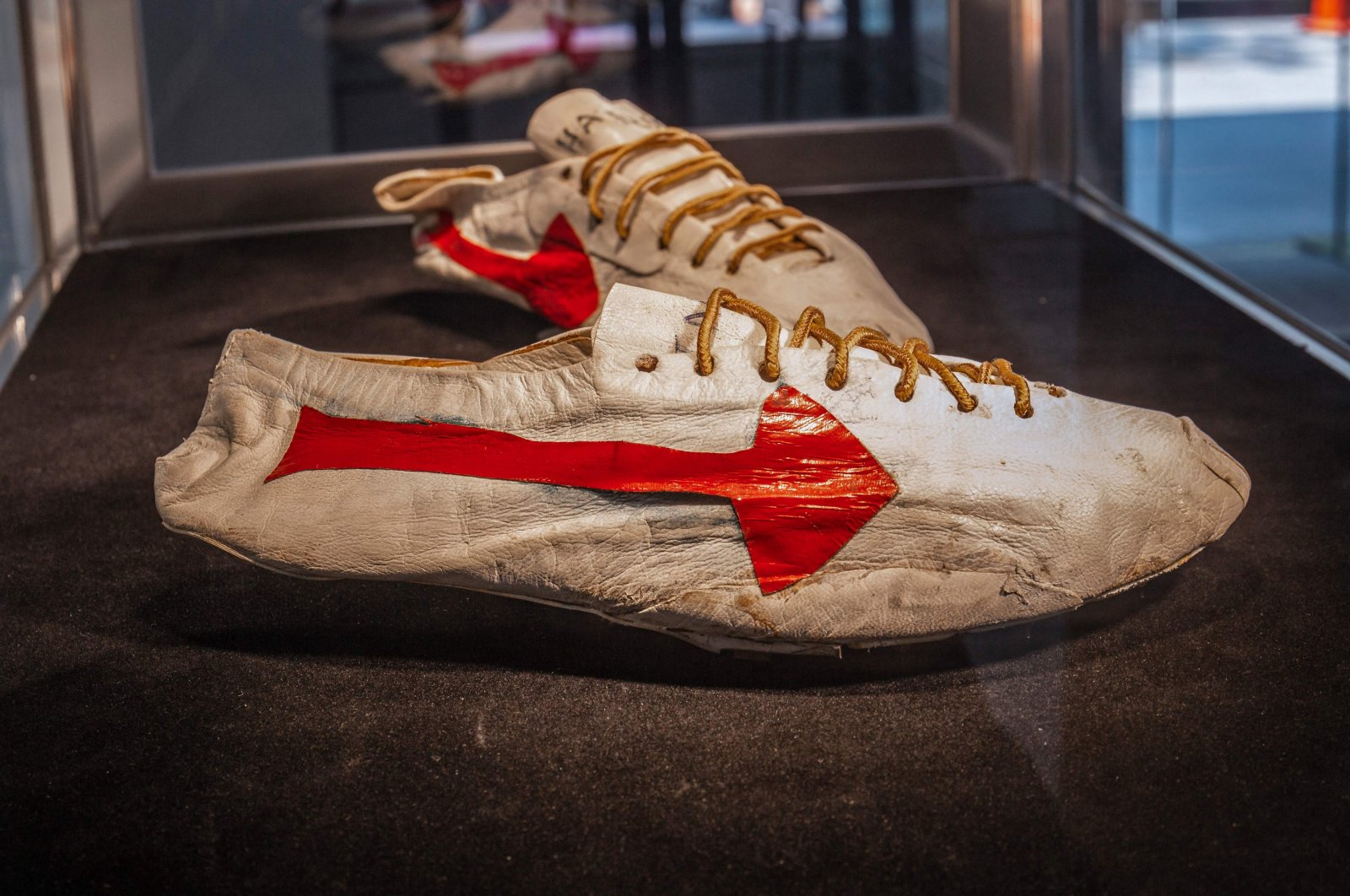 World-famous auction house Sotheby's is hoping that a pair of running shoes, made by Nike's co-founder for 1960s Olympian Harry Jerome, could fetch $1 million.

Sotheby's will put the shoes, which features a red arrow that was a prelude to the famous Nike swoosh logo, on sale on the same day the Olympics opens this month,

The rare pair of track and field spikes was designed by Bill Bowerman for Jerome, a Canadian sprinter who won 100-meter bronze at the 1964 Tokyo Games.

Sotheby's in New York will put the white lace-up shoes on sale online from July 23 to Aug. 2.

The sale comes as the market for rare sports shoes, previously seen as niche, soars.

In April, a pair of Nike Air Yeezy 1s worn by rapper Kanye West sold for $1.8 million, triple the previous record for sneakers.

Sotheby's said the shoe by Bowerman, who founded Nike with Phil Knight, "represents an important chapter in the origins of the Nike brand.

"The auction house is also selling a pair of Converse Fastbreak sneakers that basketball legend Michael Jordan wore during the 1984 Olympic trials. They are expected to fetch up to $100,000."