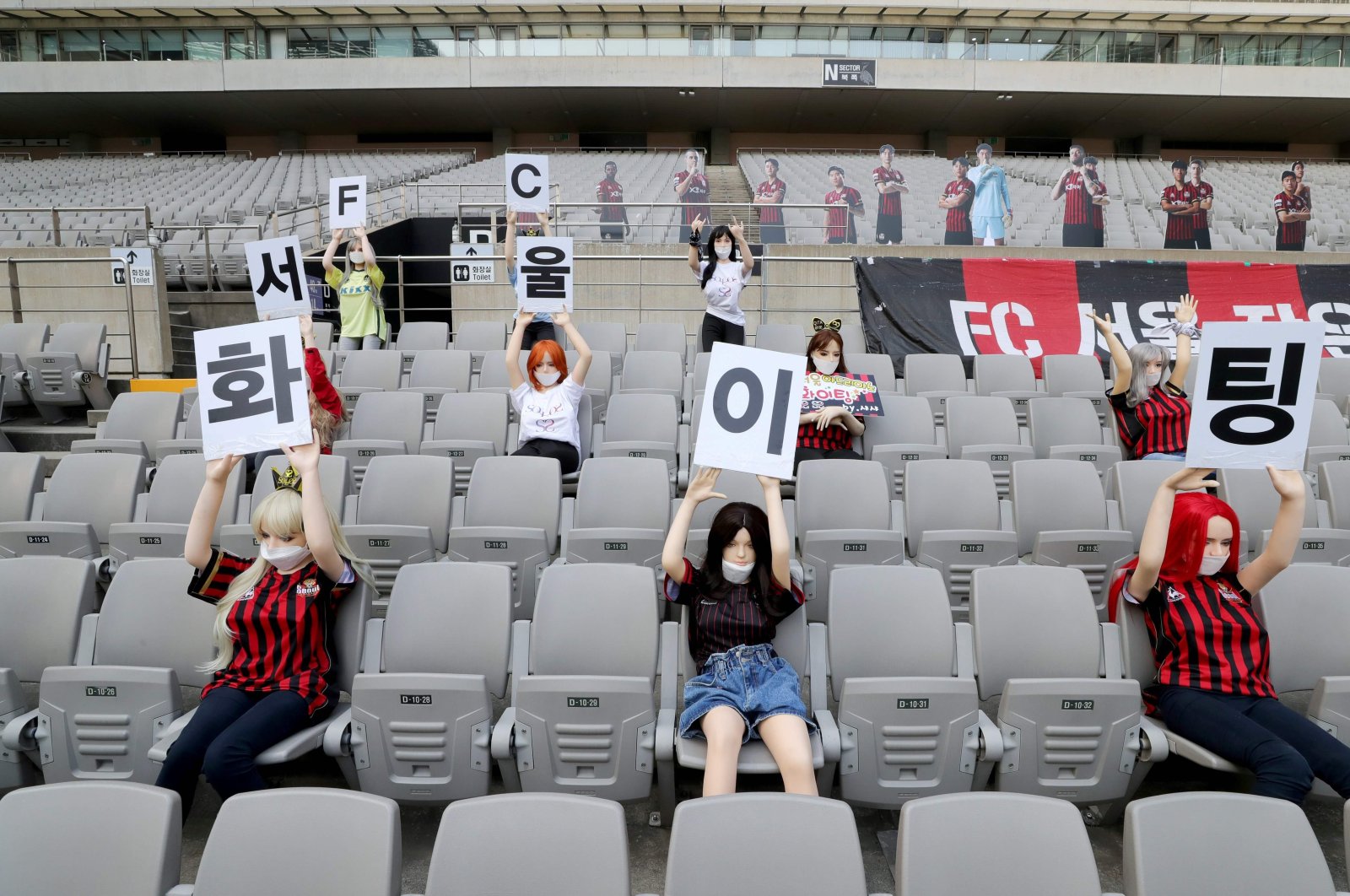 South Korea will allow baseball fans to return to the stands beginning Sunday as health authorities outlined a phased process to bring back spectators in professional sports amid the COVID-19 epidemic.

Senior Health Ministry official Yoon Tae-ho during a virus briefing on Friday also said fans will be allowed at professional soccer games starting on Aug. 1. However, professional golf tournaments will continue without galleries at least until late August, he said. Both baseball and soccer teams will be initially allowed to sell only 10% of the seats for each game as officials plan to control the level of attendance based on the progress of anti-virus efforts. Spectators will continue to be banned in the city of Gwangju and nearby South Jeolla Province towns, which have elevated their social distancing measures following a rise in transmissions in recent weeks.

Fans will also be screened for fevers and required to sit apart in the seats. They will be required to wear masks, banned from eating food and drinking beer, and discouraged from excessive shouting, singing and cheering during the game. Stadium officials will also register fans with smartphone QR codes so that they could be easily located when needed. South Korea’s baseball and soccer leagues returned to action in May without fans in the stands. Seats have been covered with cheering banners, dolls or pictures of fans as teams tried to mimic a festive atmosphere. South Korea’s daily increase of coronavirus cases again dropped below 50 on Friday, though an uptick has continued in the Seoul area. The Korea Centers for Disease Control and Prevention said the 41 additional cases over the past 24 hours were 28 people locally infected and 13 coming from overseas. They brought the national tally to 13,979 with 298 deaths. South Korea has been reporting roughly 20-60 cases every day since it eased rigid social distancing rules in early May.