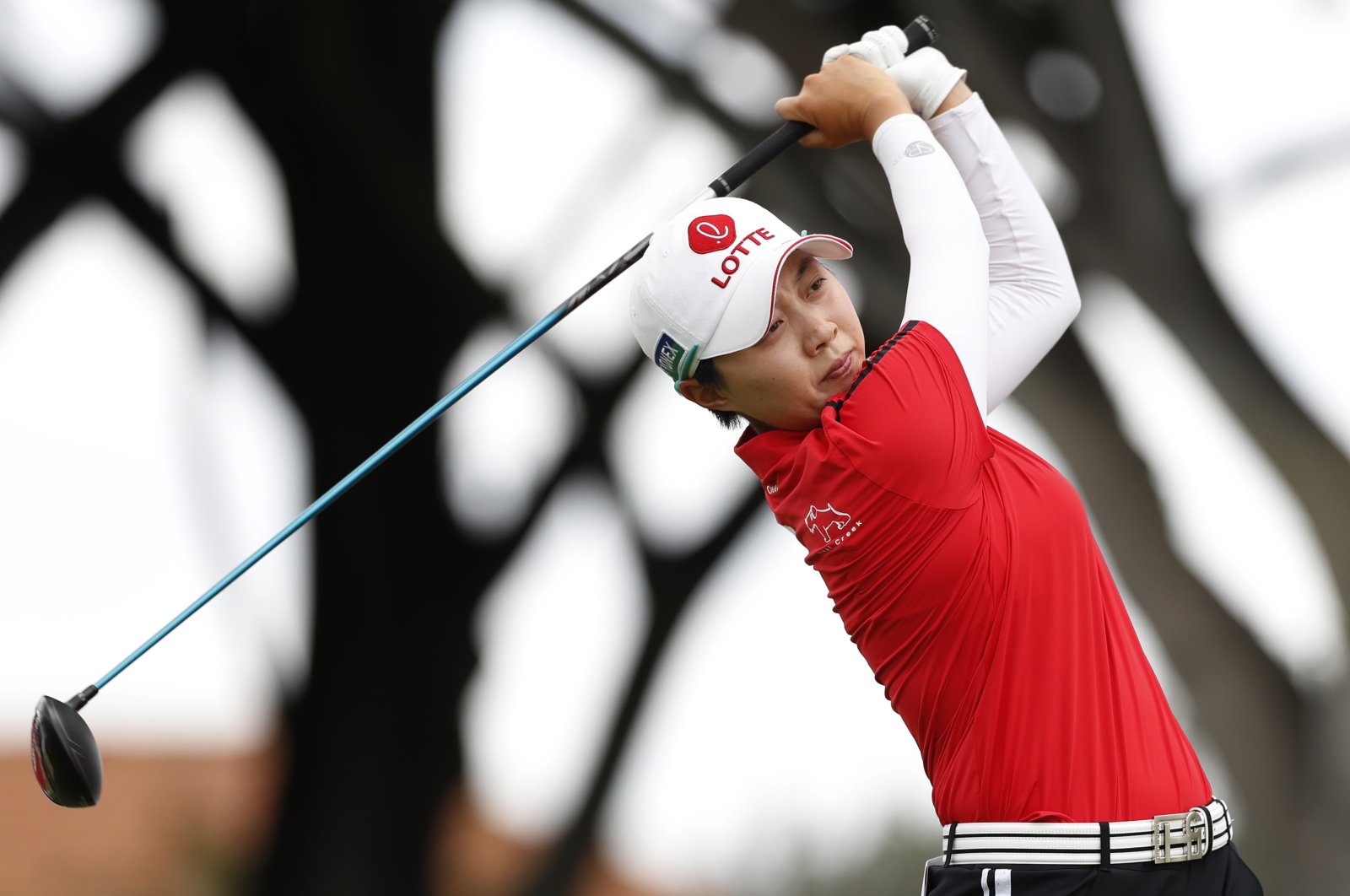 South Korea's Kim Hyo-joo watches her shot from the second tee during the final round of the Lotte Championship golf tournament, in Kapolei, Hawaii, April 17, 2021. (AP Photo)
by Agencies May 02, 2021 1:08 pm
RECOMMENDED

South Korea's Kim Hyo-joo shot a last-round 8-under-par 64 as she picked up a one-stroke victory over Australia's Hannah Green to win the HSBC Women's World Championship on Sunday.

Starting her final round at the Singapore tournament five shots back of overnight leader Lin Xiyu, Kim parred the first four holes before four birdies in the next five holes helped her storm up the leaderboard.

After turning in 32, Kim continued her relentless chase for her fourth LPGA victory with another pair of birdies on holes 11 and 12.

The 25-year-old parred the 13th hole and reeled in two more birdies on 14 and 15 to share the lead with Green at 17-under at that stage.

The Australian birdied 16 to take the outright lead but uncharacteristically dropped two shots in her last two holes to leave the door open for Kim to win.

Kim remained calm under pressure and carded two more pars to sign off with a winning total of 17-under-par 271, ending her five-year title drought on the LPGA.

"My goal for this year is to get a win and I'm glad I achieved that today," said Kim, whose last victory was in 2016 when she won the Pure Silk-Bahamas LPGA Classic.

"I have not won for such a long time and this really feels like my first win."

Green conceded nerves got the better of her as she let slip the lead on the 16th hole, with two costly bogeys on 17 and 18.

"I'm pretty disappointed to have two three-putts in the finishing holes. I was feeling nervous," she said.

"But I came very close to winning, so I just hope that I can continue this momentum and who knows, have a good result next week."

The LPGA Tour moves to Thailand next week for a tournament outside of Bangkok.

Lin, who started the round with a single-shot lead, signed off with a 71 to finish in joint third place alongside world number two Park In-bee of South Korea and Thailand's Patty Tavatanakit on matching 273s.

Park, who is set to defend her Olympic title at the Tokyo Games beginning in July, insisted she was happy with her performance.

The other two women's golf medallists from the 2016 Rio Games, New Zealand's Lydia Ko and China's Feng Shanshan, were also competing in Singapore but fared even worse.

Ko posted a final round 71 to finish tied seventh while Feng finished in tied 43rd place.