Sports after coronavirus: Business as usual or a shift in values 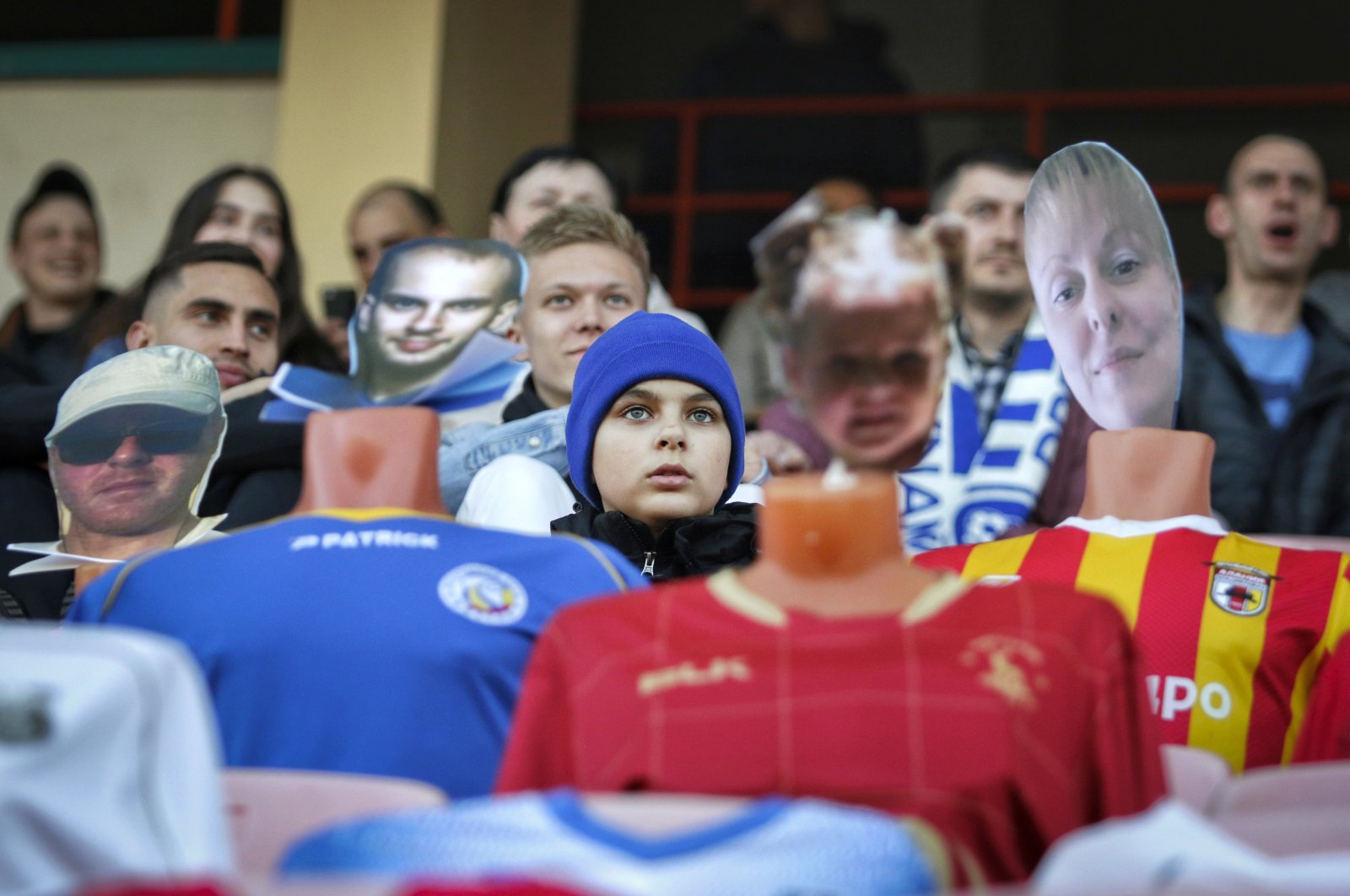 Fans sit in the stands among mannequins in football uniforms with the faces of "virtual fans" who bought tickets online during the match between FC Dynamo Brest and FC Shakhter Soligorsk in Brest, Belarus, April 8, 2020. (AP Photo)
by German Press Agency - DPA Apr 13, 2020 11:43 am

The sports industry has been hit hard financially and faces some immediate challenges as a result of the coronavirus pandemic, but the effects of the crisis could also be long term. A futurologist and a philosopher add their views to what could change

A sunny day in August 2021. The Olympic flame burns in Tokyo. People are in a good mood, athletes jump, run and fight for medals, and spectators cheer in the stands. The national football team has just recovered from the European Championship in 12 countries and its players are now training with their teammates at their club – all together, all in one place.

Lewis Hamilton is preparing to succeed Michael Schumacher as the most successful Formula One driver with an eighth world title. The whole world is turning at a normal pace again. The coronavirus crisis of 2020 is now just a bad memory. Sports is back to how it always was. But perhaps this sports day in August 2021 will look very different in the aftermath of the coronavirus pandemic, even if there are no restrictions. What could change?

The International Olympic Committee and Japanese officials had long struggled with postponing the Olympics. Financially it was also a difficult decision to make. In football, clubs which had been accustomed to juggling millions feared for their welfare because outstanding TV money had already been spent.

Formula One teams, after years of a spending frenzy, were initially unable to agree even in the crisis to spend less than $175 million a year, excluding driver salaries.

A lot of money has been at stake. But what is sports? What does it stand for? Sports can be many things – tradition or trendy, individual or team, amateur or professional, the German Olympic Sports Confederation says on its homepage. However, it is "always a platform for shared values and passions." It's also entertainment. And that is what many have been missing during the current shutdown.

Despite the coronavirus pandemic, people's interest in exercise and sports will essentially not change, trend researcher Anja Kirig said. "But sports is already changing as a result of the pandemic. This applies to grassroots sports as well as professional sports and to fan culture," she said.

As playing sports in clubs is practically impossible at the present moment, the importance of digital products is growing, be it online courses or interactive platforms. The trend is clear: Sports is coming to the people.

This shift will lead to sports combining "analog and digital." That will be one of the big tasks for the post-coronavirus period in sports.

Ever faster, ever further, ever higher, ever better, ever more successful, and ever more greedy. The coronavirus could put the brakes on all of it, as a time for reflection perhaps, especially in football's billion-dollar business.

The crisis could last a long time, and many people who work in football may lose relatives, philosopher and sports scientist Gunter Gebauer told German Press Agency (DPA).

"These are very elementary experiences, experiences of uncertainty, of being afraid. Maybe you develop a different relationship with your own body," he said.

Recognizing health as the most precious value could lead to "a slightly different sporting attitude." A willingness to exploit your own body could be somewhat dampened by the crisis. "That would be a guess, at least initially in popular sports. Some of it could stick in top football," Gebauer said.

Football fans, he believes, could for example no longer be dazzled by "crazy transfer fees." Club managers and player agents in any case all expect a heavily slowed transfer market this summer, particularly as income has dropped and nobody wants to spend a lot of money in these uncertain times.

Sports as entertainment needs an audience. Events and matches behind closed doors can at least make up for missing spectator revenue and a TV presence keeps spectators interested and motivated. Winning or losing is often not so important for the stadium experience as long as the "community culture" can be felt and fans have a feeling of involvement, said Kirig.

A new creativity is being experienced which "also connects." Gebauer believes the carefree way the public has followed mass events in the past will be subdued. "After the coronavirus crisis, we will probably no longer have the same enthusiasm, willingness to indulge in these events, to be unconditionally interested in sports," he said.

Sport could be downsized – everything a little smaller, more modest. The athletes are moving more into the foreground again. "From the perspective of the athletes, the question will be whether formats, which are often geared toward performance and nations, will still be adequate in the future," Kirig said.

Despite decisions taken on a national level, there is currently a unique community experience worldwide that can strengthen collective identity. Olympics and world championships should consider how they can adapt their concepts so that athletes can prove themselves "beyond yesterday's parameters."