Sports in US prepare for return, but virus threat lingers 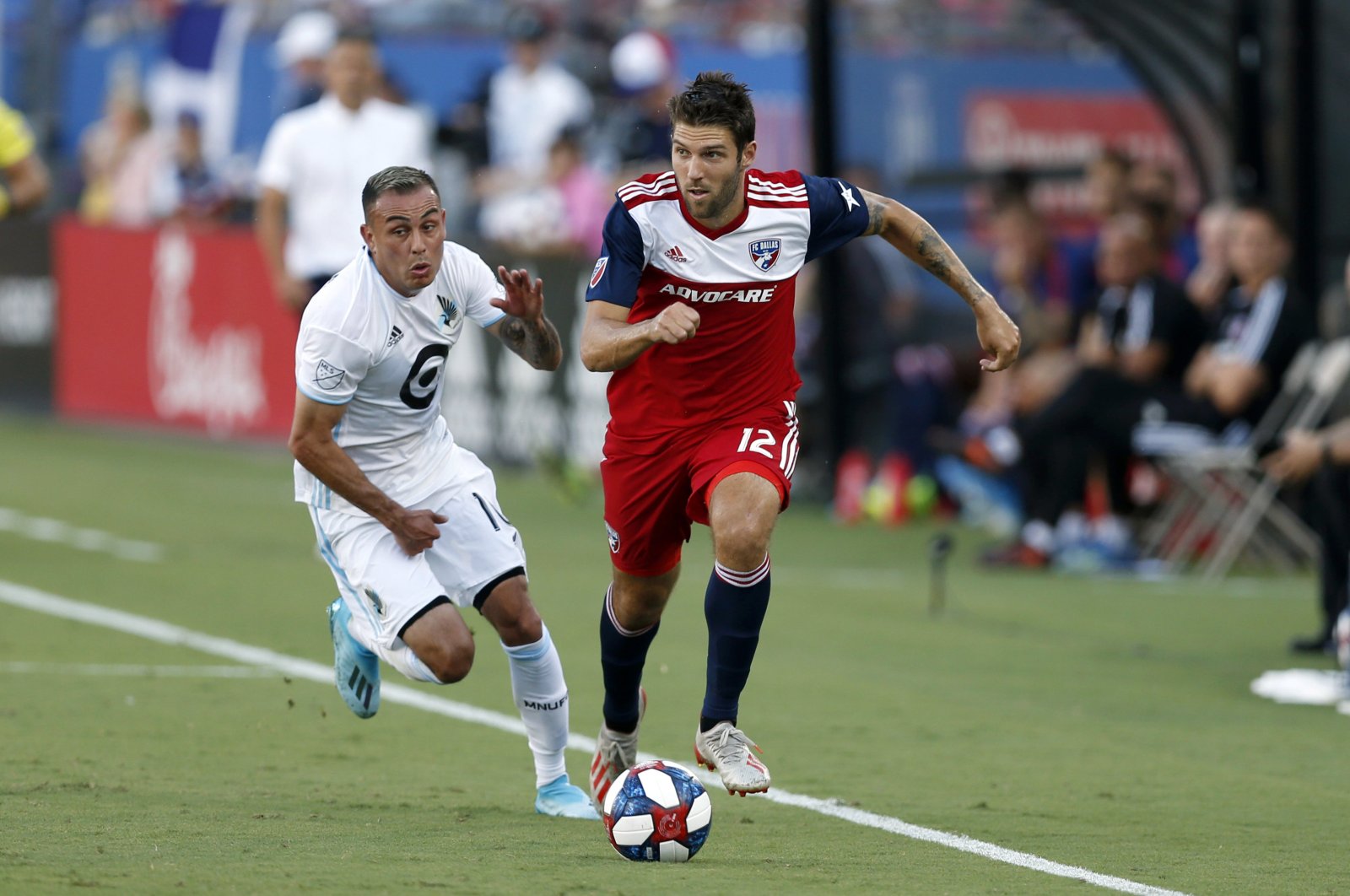 Three major sports are set to return in U.S. this month but a number of recent coronavirus cases among athletes have raised questions about the practicality of restart plans

Four months after grinding to a halt due to the deadly coronavirus pandemic, major professional sports leagues in North America are taking their first nervous steps back on the road to recovery.

But as basketball, football and baseball gear up for long-awaited returns this month, they are doing so against a backdrop of anxiety and surging COVID-19 cases across the U.S.

Athletes in all three sports have expressed deep misgivings about arrangements put in place for their return and in several cases have opted to skip participating altogether.

The National Basketball Association (NBA) and Major League Soccer (MLS) have drawn up plans which will see teams based in a protective "bubble" in Orlando, Florida where COVID-19 cases have skyrocketed in recent weeks.

Yet a cluster of outbreaks involving two MLS teams already inside the bubble has highlighted the omnipotent threat posed by the coronavirus, even in the face of carefully crafted mitigation measures.

"It's important that the leagues realize that even in a 'bubble,' there is still a risk to all players and staff for contracting COVID-19," said Robert Glatter, an emergency physician at Lenox Hill Hospital in New York.

"It's impossible to completely mitigate the risk even when players and staff practice social distancing and wear masks."

That point was underscored by Monday's news that 11 members of Dallas FC's organization – 10 players and a technical assistant – had tested positive for COVID-19. Dallas FC was later withdrawn from "The MLS is Back" tournament altogether, less than 48 hours before it kicks off Wednesday.

Zach Binney, an epidemiologist at Oxford College of Emory University in Atlanta, believes the two MLS outbreaks have exposed the single biggest flaw in the "bubble" models.

"The most difficult part is getting everyone into the bubble safely without introducing the virus right at the start," Binney told AFP.

"This was always something I was worried about but it has been shown to be a much bigger deal than I thought.

"I still believe that bubbles can work – it's just that nobody has mastered getting into the bubble safely."

Binney believes the answer may be to introduce an "airlock" system, where teams spend a period of up to seven days in isolation in their home market before they travel.

For athletes on the ground, meanwhile, news of the positive cases has fueled a sense of anxiety.

"It's certainly something that we've abruptly been faced with," said Inter Miami midfielder Wil Trapp.

"We're players who want to play, that's one part of it, but we're also human beings and this is bigger at times than sports."

For others, the risk of traveling to Florida has proved too much.

The Los Angeles Angels slugger revealed at the weekend he is contemplating skipping Major League Baseball's abbreviated season to remain with his wife, who is expecting the couple's first child next month.

"I love baseball, but I have to do what's right for my family," said Trout, widely regarded as baseball's biggest star.

While basketball and football have opted to base all their teams in one location, Major League Baseball will start their shortened season this month with teams playing at their home stadiums.

Public health experts believe it is a riskier proposition than the bubble plans put in place by the NBA and MLS.

"Major League Baseball is basically trying to run the Bundesliga plan – but they're trying to do it in the U.S., not Germany," said Binney, referring to German football's top-flight, which successfully returned to action in May.

"MLB's plan would work great in Germany, South Korea, or Vietnam or New Zealand. I have sincere doubts it's going to work in the United States. The number of cases is just so high."

Unlike the NBA and MLS comebacks, where all games will be played in empty arenas, baseball has been more circumspect about whether or not to allow fans in ballparks.

As it stands, local government rules about coronavirus will determine whether spectators can attend games.

At least one U.S. sporting event, however, plans to host a mammoth crowd despite the warnings of public health experts: the rescheduled Indianapolis 500 IndyCar Race on Aug. 23.

Organizers of the iconic race at Indianapolis Motor Speedway have said they plan to operate at 50% fan capacity – meaning a potential crowd of around 175,000 for the event.

That prospect alarms epidemiologists like Binney, who describes the decision to allow fans as "completely unacceptable, sociopathic."

"It shows a complete disregard for public welfare and public health," Binney said. "The only explanation I can see is that they want money.

"We should have no fans at any professional sporting event until there's a vaccine. It just doesn't make sense."

New York physician Glatter agreed. "It is not safe to stage the Indy 500 even at half-capacity," he said.

"In excess of 100,000 fans, simply put, leads to unsafe conditions which produce 'superspreaders' – persons who can then transmit the virus more efficiently to significant numbers of people."

Binney said even a half-full Indy 500 would see significant fan congestion at entry and exit points, as well as bathrooms and concession lines.