Sports say 'no to racism' in 2020 with unprecedented protests 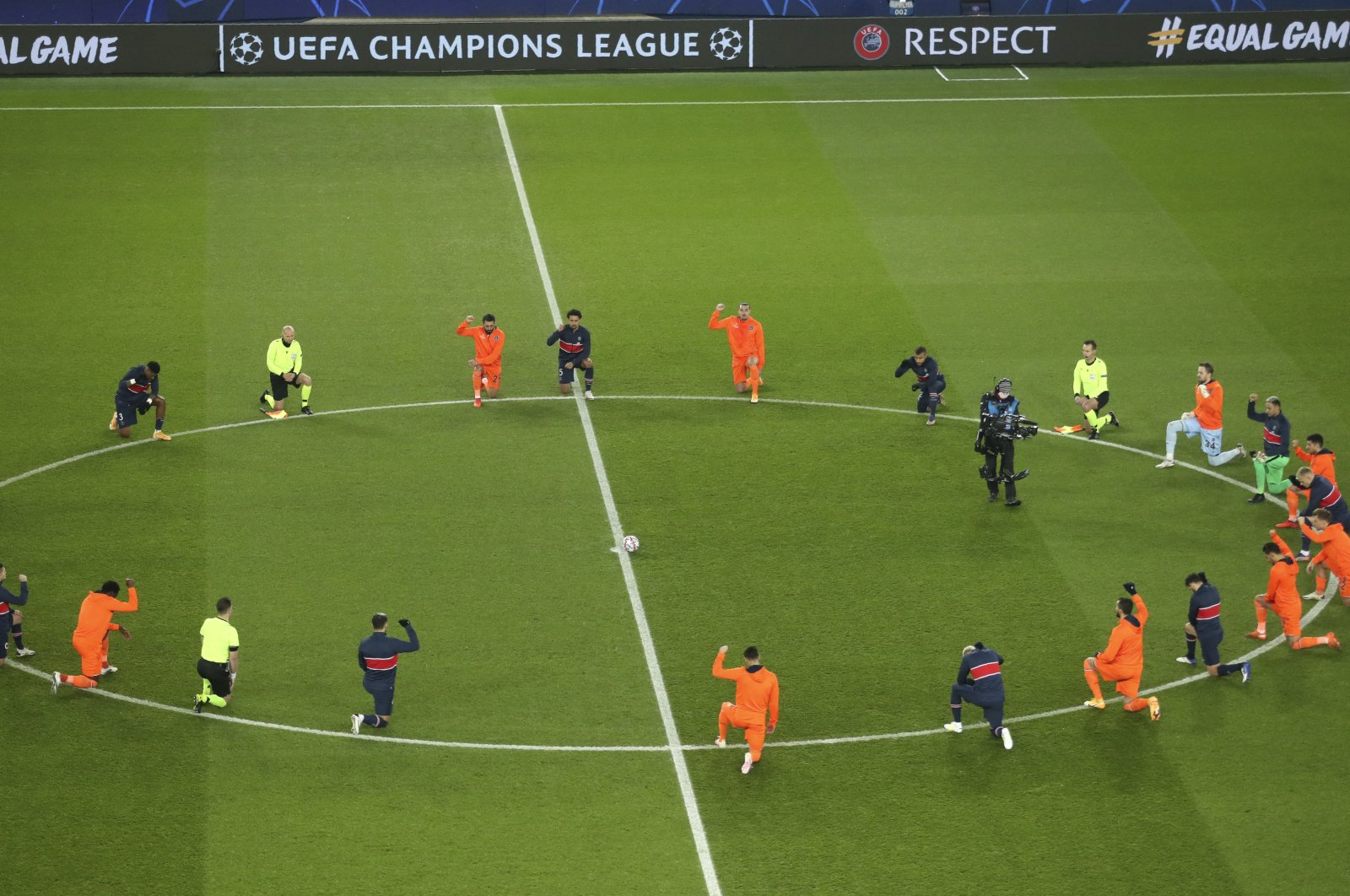 It was not just the coronavirus that turned world sport upside down in 2020, as the athletes themselves broke down barriers like never before when it comes to racism and other wrongs in society.

The May 25 death of George Floyd in police custody in the United States and similar incidents saw an unprecedented uproar from the sports community as old rules that sports and politics shouldn't mix were thrown overboard.

Lewis Hamilton and his Mercedes Formula One team changed from silver into black, NBA basketball and MLB baseball games were postponed following another incident in August, after which tennis star Naomi Osaka threatened to forfeit a match, and Paris Saint-Germain and Istanbul side Başakşehir jointly took a knee ahead of a Champions League match after a racist attack by a match official.

The Black Lives Matter movement, ignited by Floyd's death, gained plenty of momentum with the help of world-class athletes, such as NBA star LeBron James, who can reach out to tens of millions of followers via social media.

And while political statements in sport were once considered illegal and brought suspension and other punishments, they were now being endorsed by clubs, franchises and federations, with Washington's American Football team finally dropping the "Redskins" name and Cleveland's baseball team planning the same with its "Indians."

NFL commissioner Roger Goodell admitted that the league was wrong in not actively encouraging peaceful protests against racial injustice, made evident in a 2016 kneeling protest led by then-San Francisco 49ers quarterback Colin Kaepernick.

"We, the National Football League, admit we were wrong for not listening to NFL players earlier and encourage all to speak out and peacefully protest," Goodell said.

F1 icon Hamilton managed to convince his Mercedes team to change the livery and race suits from silver to black, with most F1 drivers also taking a knee at races once the season started belatedly in July, and teams and F1 itself pledging more diversity.

"We want to build a legacy that goes beyond sport," Hamilton, the first black driver in the sport, said at the time.

"If we can be the leaders and can start building more diversity within our own business, it will send such a strong message and give others the confidence to begin a dialogue about how they can implement change."

And it was not only just Hamilton's success with a record-equaling seventh world title that saw he elected British Sports Personality of the Year and receiving a similar award from the ruling motorsport body FIA but just as much his activities off the track.

Hamilton joined a demonstration in London and so did former German tennis great Boris Becker, who in December named the protests "the most important events in 2020 and for the rest of my life."

"I am affected because my family is affected. I don't think that we in our white society have the faintest idea of what it means to be judged, condemned and attacked because you look black or white from the outside," Becker said.

Footballers were vocal in condemning racism and Premier League players took a knee at matches, just like in other leagues such as Germany's Bundesliga.

"I see it as a massive step for the Premier League to allow something like that to happen. It shows we're going in the right direction," Manchester City's Raheem Sterling said.

Football's ruling body FIFA itself, as well as Europe's UEFA and national associations, endorsed these gestures, and UEFA's "No To Racism" slogan also featured prominently in Paris recently after PSG and Başakşehir left the pitch after a racist remark from the fourth official.

All players and the referee took a knee when play resumed the following day, and PSG star Kylian Mbappe said: "Of course I'm proud of what has been done. A lot has been said, but in reality, there is nothing better than actions. We never want to go through this again."

Support poured in from all around the world for Başakşehir's staff member Pierre Webo, who was targeted.

Former Dutch football great Ruud Gullit named racism "social cancer that we all have to try to cure" in a UEFA documentary, with UEFA president Aleksander Ceferin saying football has the power to create change.

"Football is something that is followed by billions of people around the world – we have to show that discrimination is wrong. We have to be role models. If any industry in the world can do that, it's football," Ceferin said.

Apart from the fight against racism many athletes also tried in various ways to help those affected by the coronavirus.

There were big donations such as from Swiss tennis legend Roger Federer, practical assistance such as online exercises for children from German long jump world champion Malaika Mihambo, and Bayern Munich players Leon Goretzka and Joshua Kimmich raised millions through their We Kick Corona charity.

The biggest impact, however, came from Manchester United's Marcus Rashford, whose efforts to support underprivileged children forced two U-turns from the British government over funding school meals during holidays.

The activities are expected to continue well into 2021 where a stern test could await Olympic athletes in Tokyo as the International Olympic Committee (IOC) is yet to back down on its rule prohibiting political statements at Olympic venues and ceremonies.