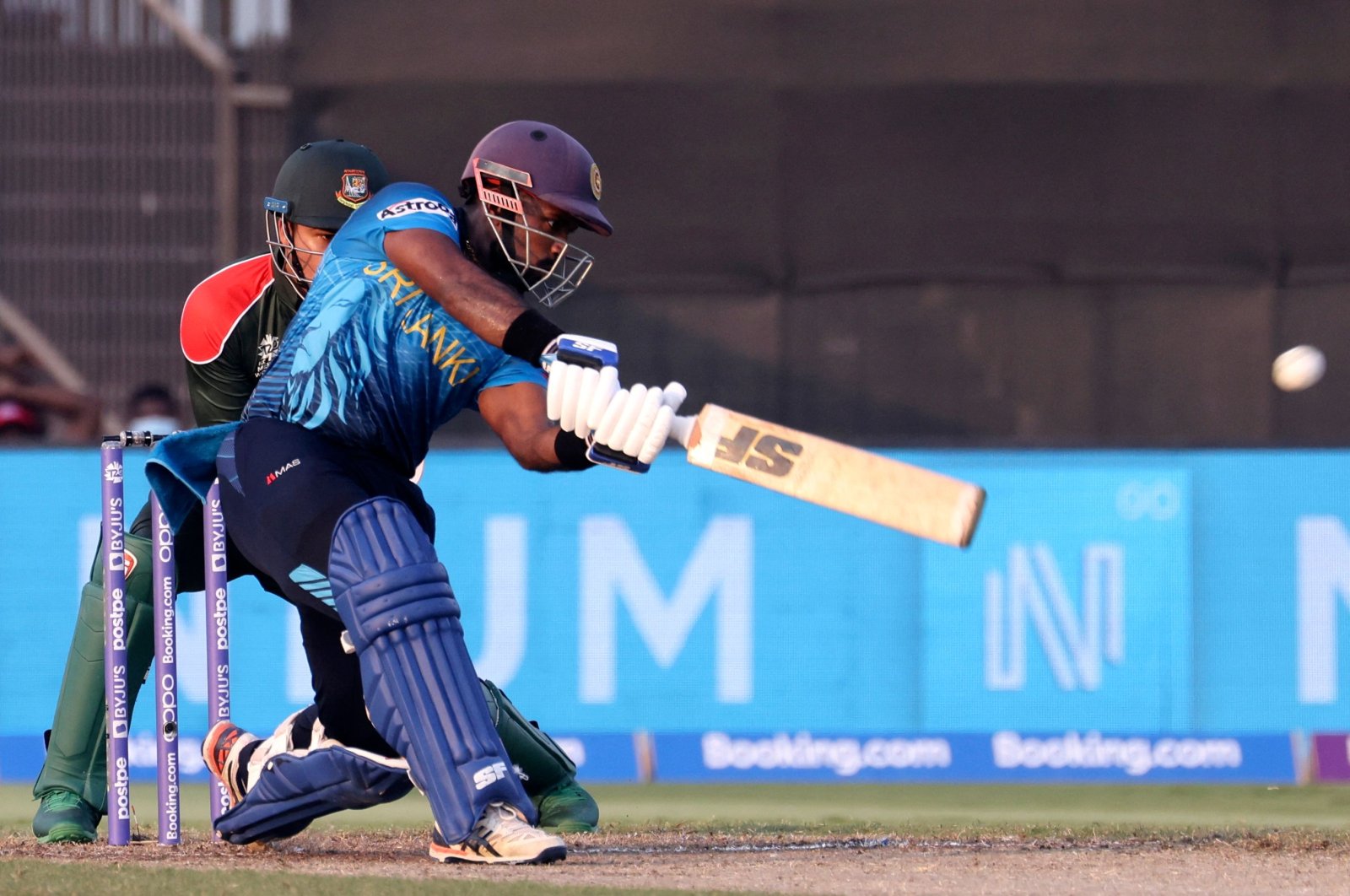 Sri Lanka picked up a comfortable five-wicket win over Bangladesh in its opening Super 12 match in the Twenty20 World Cup in Sharjah on Sunday.

The win came courtesy of Charith Asalanka and Bhanuka Rajapaksa, who shared a partnership of 86.

Asalanka remained unbeaten on 80 from 49 balls – his first T20 international half-century – and Rajapaksa, celebrating his 30th birthday, hit a 31-ball 53 to help Sri Lanka chase down a 172-run target with seven balls to spare.

Put in to bat, Bangladesh posted 171 for four after opening batsman Mohammad Naim anchored the innings with a 52-ball 62 and the experienced Mushfiqur Rahim smashed an unbeaten 57 off 37 balls.

Sri Lanka's bowlers had done most of the damage in the preliminary round matches and it was left to the batsmen to keep the 2014 champion's winning run going.

They did not disappoint with left-hander Asalanka, who came in at No. 3, providing a fast start to their chase with a knock studded by five fours and an equal number of sixes.

Sri Lanka was comfortably placed at 71-1 after eight overs but Shakib Al Hasan briefly turned the game in Bangladesh's favor with two wickets in four balls.

The Lankans were reduced to 79-4 in the 10th over but Asalanka, playing only his fifth T20 international, and Rajapaksa got their chase back on track with their fifth-wicket stand.

They were, however, aided by Bangladesh fielder Liton Das, who was guilty of dropping both batters.

Rajapaksa was on 14 when he was spilled at deep square leg while Asalanka was let off on 63.

With Group One loaded with six Test-playing nations and only two sides going through to the semifinals, Bangladesh and Sri Lanka were desperate to get off to a winning start.

"It was really important to win the first game of the tournament and very important that youngsters stepped up at this stage."

Naim and Das gave Bangladesh a solid base with an opening stand of 40 before the latter fell for 16 to fast bowler Lahiru Kumara.

Das and Kumara got into a heated argument after the dismissal and had to be separated by the umpires and other players.

Naim and Mushfiqur did the bulk of the scoring for Bangladesh with a third-wicket stand of 73.

Bangladesh plays England in its next match Wednesday, a day before Sri Lanka takes on Australia.