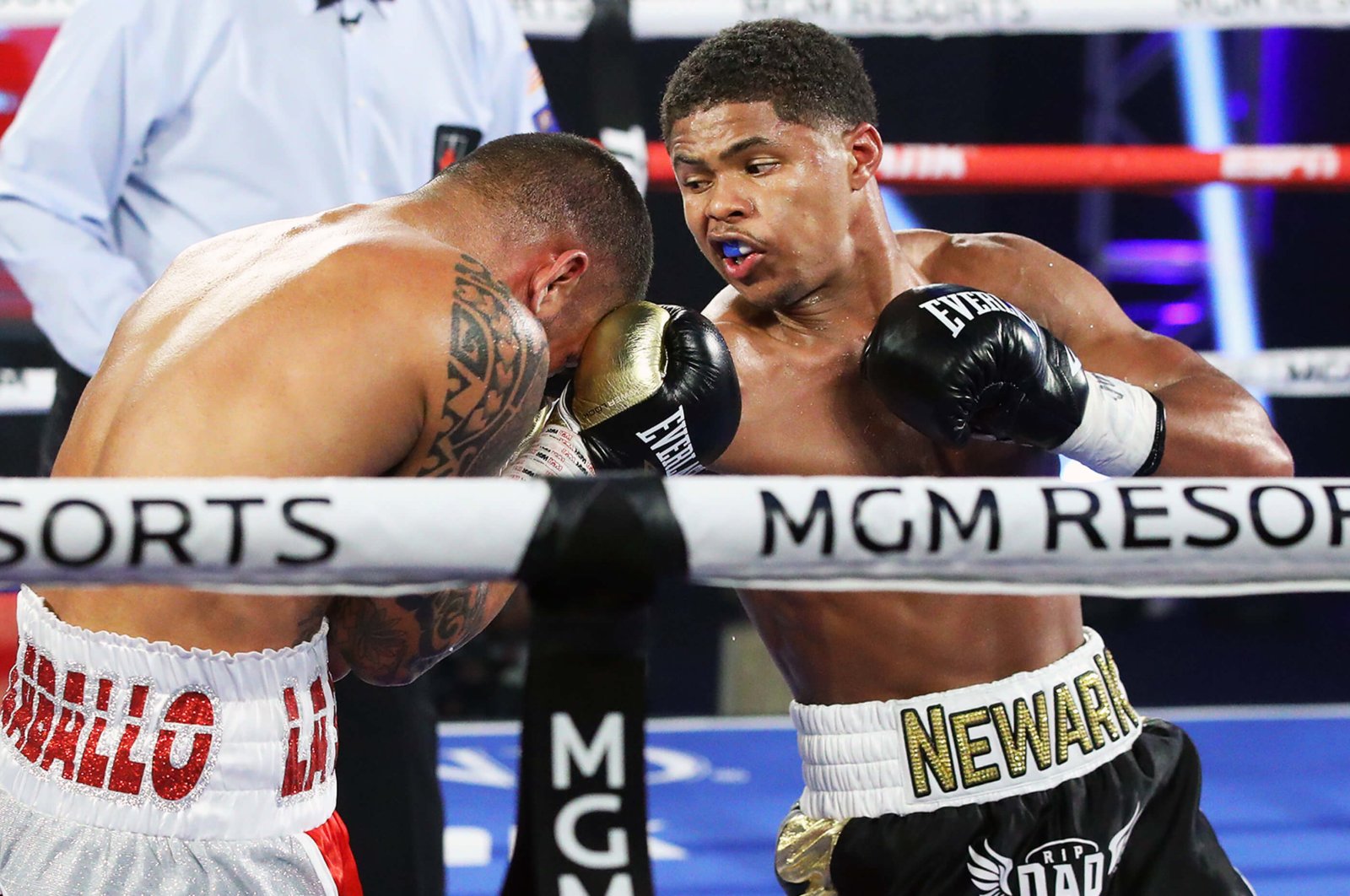 Undefeated American Shakur Stevenson stopped Felix Caraballo with a punishing body shot in the sixth round Tuesday to win the main event of boxing's first major fight card since the start of the coronavirus outbreak.

The 22-year-old Stevenson easily won the 10-round non-title fight by delivering a devastating left hand to Caraballo's rib cage for the knockdown at 1:31 of the sixth round.

Stevenson, who is the World Boxing Organization featherweight champ, completely dominated the Puerto Rican to improve to 14-0 with eight knockouts.

There were no fans allowed into the MGM Grand Hotel and Casino conference center because of the ongoing COVID-19 pandemic.

"Even when fighting and there was no crowd was different. I would catch him with mean shots and there would be no 'Ooohs' or 'Aaahs.'"

Stevenson also forced Caraballo to take a knee in the first round.

Stevenson said he injured his left hand in the fifth round but was still able to land solid blows.

"I hit him with everything I could early. I wobbled him a bunch of times. He took a lot of punishment, and I started realizing that headshots weren't going to get him out of here. So I started going to the body more," Stevenson said.

Stevenson, who is black, wore a T-shirt reading "Black Lives Matter" for his post-fight interview.

"My people right now, they're protesting and there's a lot going on in our community, a lot of people trying to stand up for what's right," he said. "I couldn't really go out there and protest with them because I had a fight coming up and I didn't want to risk catching corona."