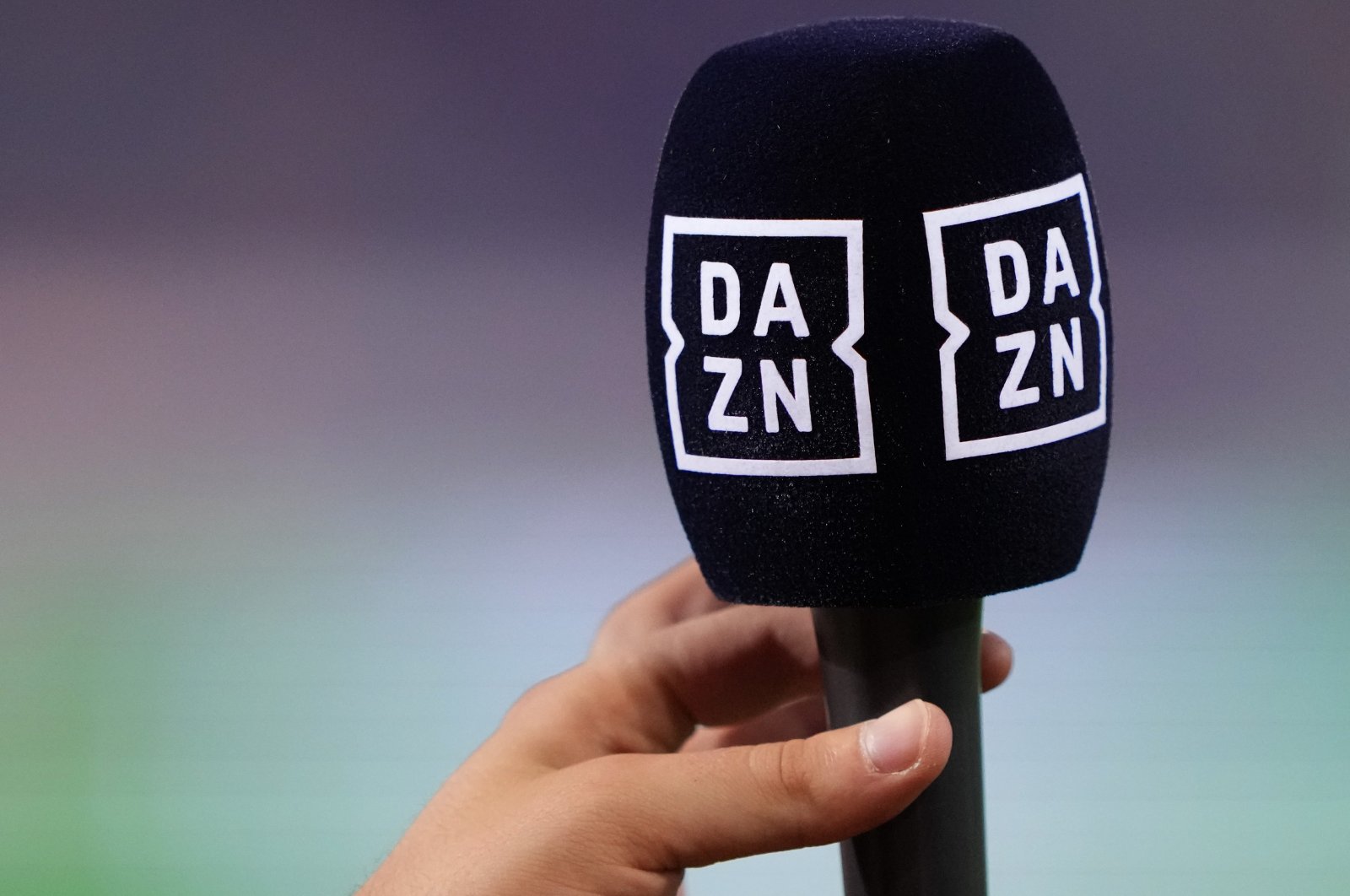 A microphone of sports steaming service DAZN is pictured during a Serie A match between Bologna and Hellas Verona at Bologna, Italy, Sept. 13, 2021. (Getty Images)
by REUTERS Sep 21, 2021 4:32 pm
RECOMMENDED

The U.K.-based sports streaming service DAZN is in advanced talks to acquire the sports television unit of British broadcaster BT that would expand the online platform's catalog with content like English Premier League football, the Financial Times reported Tuesday.

DAZN Chairperson Kevin Mayer said last week he was "possibly" interested in BT Sport, telling a TV industry conference that he would "love to have EPL (Premier League) ultimately" and BT Sport was a "great business."

A BT spokesperson said the company was continuing to explore options for BT Sport, and all possibilities remained on the table, including a total or partial sale or retaining the business.

A source close to the negotiations said a deal was "not at the line yet," given the complexity of the rights and agreements involved, such as a reciprocal partnership with BT's rival Sky.

BT said in April it had put the unit on the block and had appointed Lazard to explore options.

DAZN was high on analysts' lists of likely bidders, alongside broadcasters including Disney and ITV.

In a blow to Sky Italia, DAZN in March secured the right to screen all Serie A matches in Italy for the next three seasons for 2.5 billion euros ($3 billion).

The company is under fire, however, about its service. Some users have complained about interruptions to streams and the national communications authority is monitoring DAZN's pledge to boost its infrastructure.

The company said in May that BT Sport had a clear market position and was performing well. But with its focus turning to building its fiber network, it was exploring options to continue growing the unit.