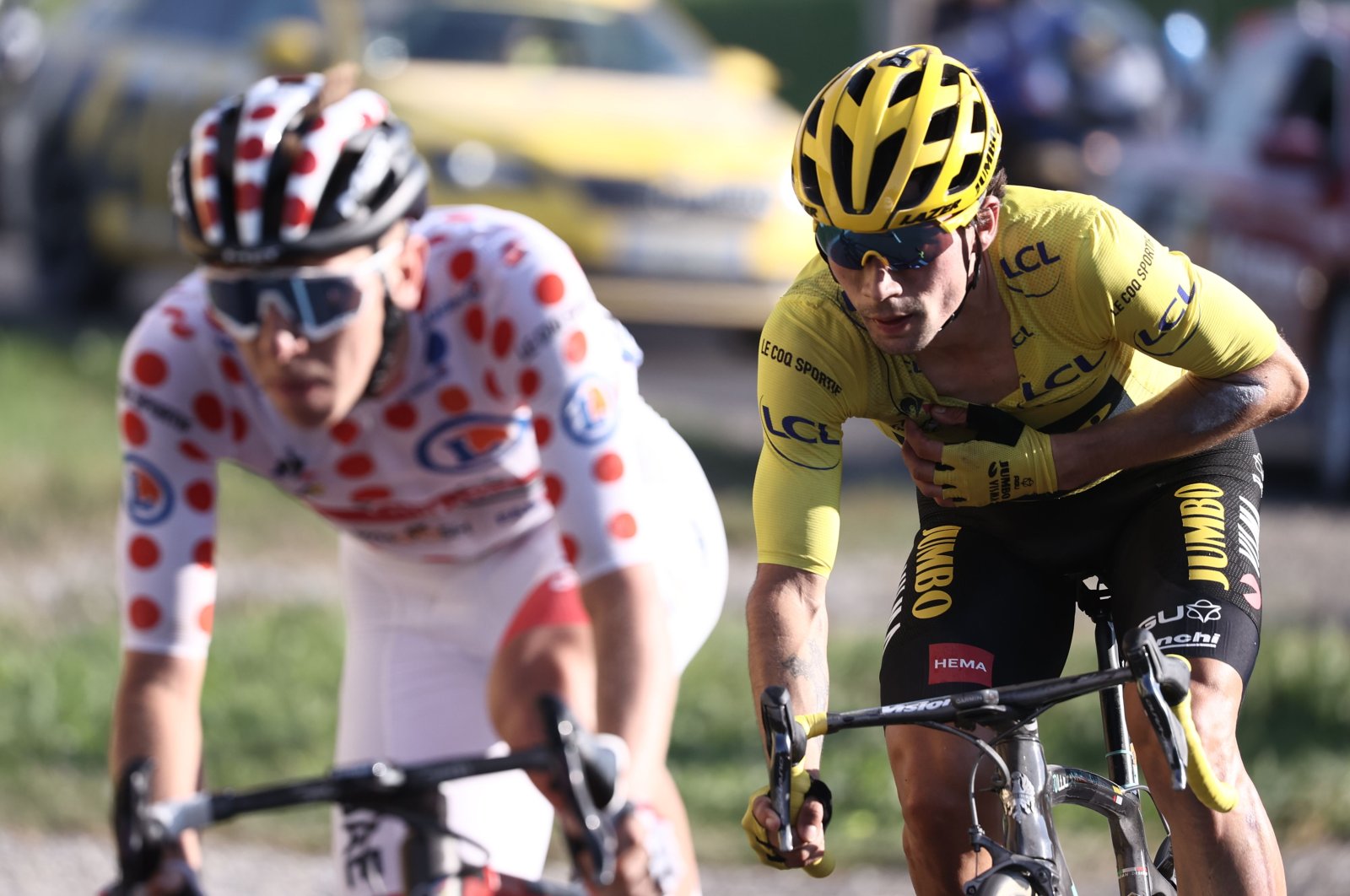 With three days of action still to unfold in the world's greatest cycling race, ample opportunity remains for the fabled yellow, green, white and polka dot jerseys to be won or lost in the fascinating multifaceted 21-stage contest.

Topping the bill are two Slovenians, Primoz Roglic and Tadej Pogacar, who are locked in a tight generational struggle for the overall Tour victory.

The cycling world is holding its breath to see the endgame of this war of attrition on a hillside in the Vosges mountains in eastern France on Saturday's individual time-trial.

But first, an ever more confident race leader Roglic will again don the yellow jersey to marshal the first Grand Tour of the year northward on stage 19 for a 166.5-kilometer (103.4-mile) run described as "a break" by course designer Thierry Gouvenou.

In the sport's jargon, that might be described as "an active rest day" for the climbers.

The tension will be cranked up however for Peter Sagan and Sam Bennett as they dispute the green sprint jersey with 20 points on offer for the intermediary sprints along the route and 50 for the stage winner, as will be the case on Sunday too.

Deceuninck-Quick-Step's Bennett has 298 while seven-time champion Sagan of Bora-Hansgrohe is lurking with 246. Italy's Matteo Trentin has an outside chance with 235.

"I'd like to win it for the folks back home in Ireland," the 29-year-old said when first pulling on the hotly disputed shirt.

Any bunch sprint however will likely feature both Jumbo-Visma powerhouse Wout van Aert and Australia's current ace of the art Caleb Ewan, both seeking a third stage win on this Tour.

"When you get one you want two, now I have two I want three," Ewan warned. "I want to win on the Champs-Elysees."

The relatively meager pickings of 25,000 euros ($29,000) for winning the sprint points rankings will do nothing to stop the intensity of the two highly anticipated 70 kph (43 mph) sprints still on the menu.

Pogacar, 21, has lit up the Tour on his own, constantly attacking his 30-year-old rival Roglic, whom he trails by just 57 seconds with a complicated 36-kilometer (22-mile) time-trial on the penultimate day a perfect platform to launch a devastating attack.

"I can't wait," said Pogacar, who beat Roglic by nine seconds on a similar, but much shorter route as the two went head to head in their national time-trial recently.

If Roglic has a weakness, it is isolation.

His judgment appears lessened without his yellow and black-clad Jumbo teammates around him.

So this individual event may see David slay Goliath on Saturday in a contest that has implications for the polka dot jersey too as the young Pogacar is in the second spot.

After a 30-kilometer rolling run where the riders set off down a ramp at intervals, the time-trial then tackles the 6-kilometer slopes of the popular Planche des Belles Filles just over the border from Germany and Switzerland.

This relatively new feature of the Tour is a Category 1 mountain, where the majority of the remaining climb points now reside.

Over the past three days, Richard Carapaz has attacked through three Alpine stages and holds of the polka dot.

"It looks complicated, but we'll see what we can do," said the Ecuadorian Carapaz, who has to be considered due to his 2019 Giro d'Italia victory.

The 6-kilometer ascent to "La Planche" however will be timed on its own, while the Slovenians will have to concentrate on the full 36-kilometer time-trial time in their yellow jersey fight.

Carapaz can save his legs in the first part of the effort.

In his first Tour, Pogacar sits three minutes and 22 seconds ahead of his closest contender in Movistar's Enric Mas for the under-25s prize.