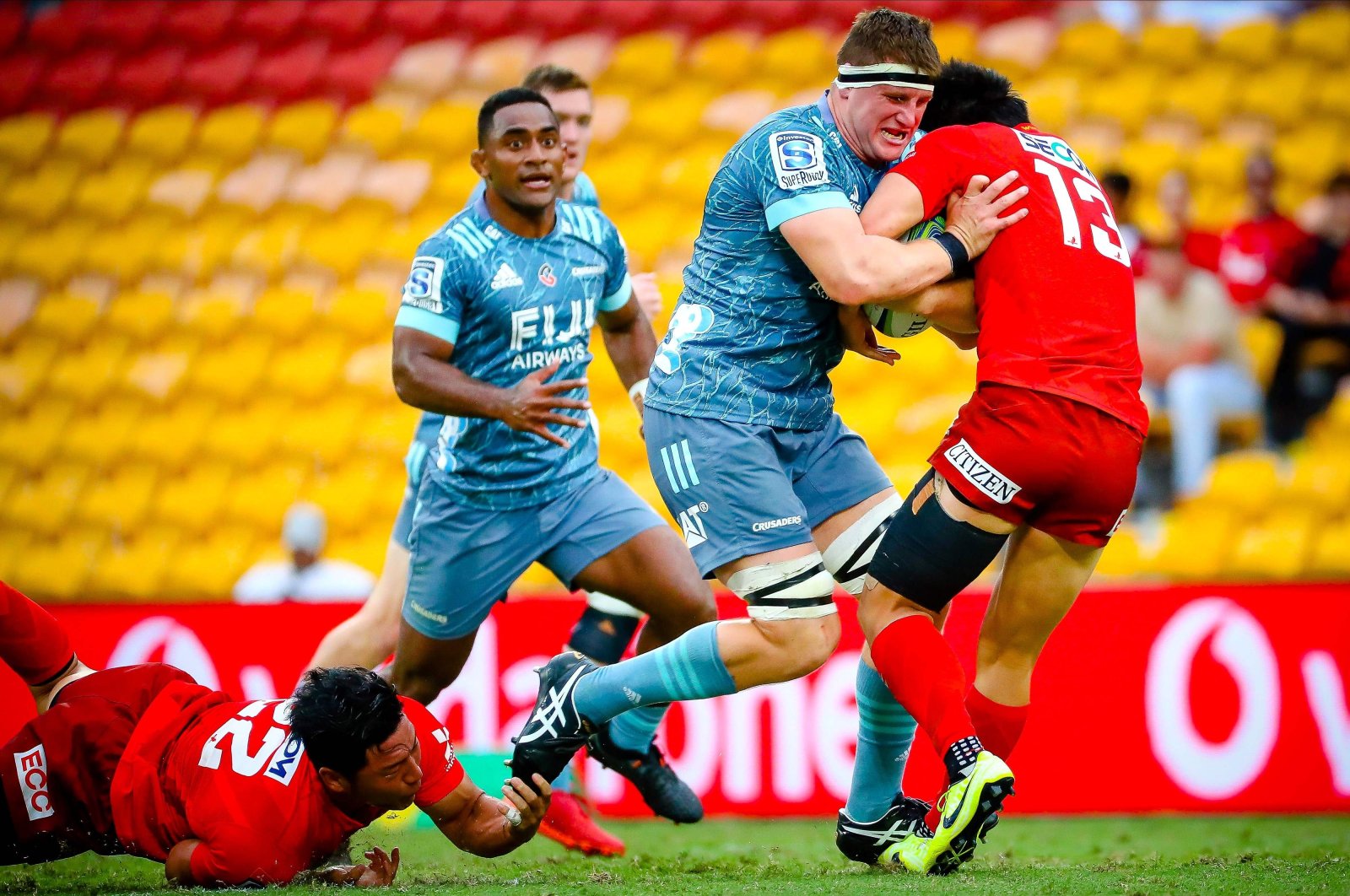 The clock is ticking ever louder as powerbrokers squabble over ways to save Super Rugby, after the coronavirus pushed the once admired southern hemisphere competition to the verge of collapse. The one point on which all agree is that the globe-spanning model which has seen teams regularly jetting from Buenos Aires to Bloemfontein is all but dead, with or without COVID-19 travel restrictions. That appears to leave Argentina's Jaguares on the scrapheap alongside the already jettisoned Sunwolves of Japan, while South Africa's four clubs are considering a switch to Europe's Pro 14.

Australia and New Zealand, meanwhile, are fighting over the remains of what was once hailed as the world's best club rugby tournament. New Zealand – powerful on the field but commercially limited off it, due to the country's small population – has proposed a trans-Tasman competition involving Australia and a new team from the Pacific islands. But the proposal caused anger after the Kiwis said they only had room for between two and four Australian sides. Rugby Australia is adamant all five of its franchises must participate and has given New Zealand a Sept. 4 deadline to accept a separate proposal before they go at it alone. New Zealand and Australia both set up makeshift domestic events after the regular Super Rugby competition was canceled this year, giving a glimpse of what the future could hold if no agreement is reached.

New Zealand's Super Rugby Aotearoa wrapped up at the weekend and was a huge success, played in packed stadiums until the final weekend when fans were locked out of one game and another was canceled because of a surge in COVID-19 cases. In contrast, Super Rugby AU started slowly with lean crowds, but it has gained traction after some high-quality matches which have left all teams to bar the Western Force in contention with three rounds left. With stalemate looming in the negotiations, senior figures on both sides of the Tasman are urging a compromise for the good of the game.

Auckland Blues coach Leon MacDonald said a New Zealand competition without the Australians would be viable, but it would be stronger with them. "Their teams are really starting to get their mojos back and look really strong, so I'd really like to see the Australians involved in some capacity," he told reporters. There were similar sentiments in Australia from the NSW Waratahs' New Zealand-born coach, Rob Penney. "From a Kiwi's perspective, it's always great to play the Australians, there's something very special about that relationship," he said.

With 15 teams from Australia, New Zealand, South Africa, Argentina and Japan, Super Rugby was already struggling before the coronavirus hit. It was seen as unwieldy and expensive to run, with too much travel for elite players and a global format straddling so many time zones that fans found it hard to follow. Japan's Sunwolves were due to be axed at the end of this season to trim the number of teams, but COVID-19 forced the contemplation of more drastic alternatives. Governing body SANZAAR insists it still has a part to play, even though Australia and New Zealand have left it out in the cold on discussions about Super Rugby's future. Chief executive Andy Marinos said in a recent statement that member unions "remain committed to the long-term future (of SANZAAR) as a joint venture." Rugby Australia offered an olive branch last week, floating a Champions League-style Super 8 event that would involve the top teams from the SANZAAR nations competing at the conclusion of any domestic tournaments. New Zealand is yet to respond but South African Rugby president Mark Alexander appeared lukewarm: "What Australia put out (Super 8) is their view, not SANZAAR's. Maybe they are trying to create hype," he said.

Rumors suggest South Africa's teams – the Bulls, Lions, Sharks and Stormers – will head to Europe next year to an expanded Pro 14, but Alexander said nothing had been decided. "There are a couple of options. The guys (at SANZAAR) are actually still in debate – that's why it is a bit premature to announce anything," he said. Former Springboks coach Nick Mallett said his gut feeling was "it probably suits us to go north." "We must decide whether to go to Europe and win trophies or stay south and continue to deal with the logistical issues of overseas travel," he added.