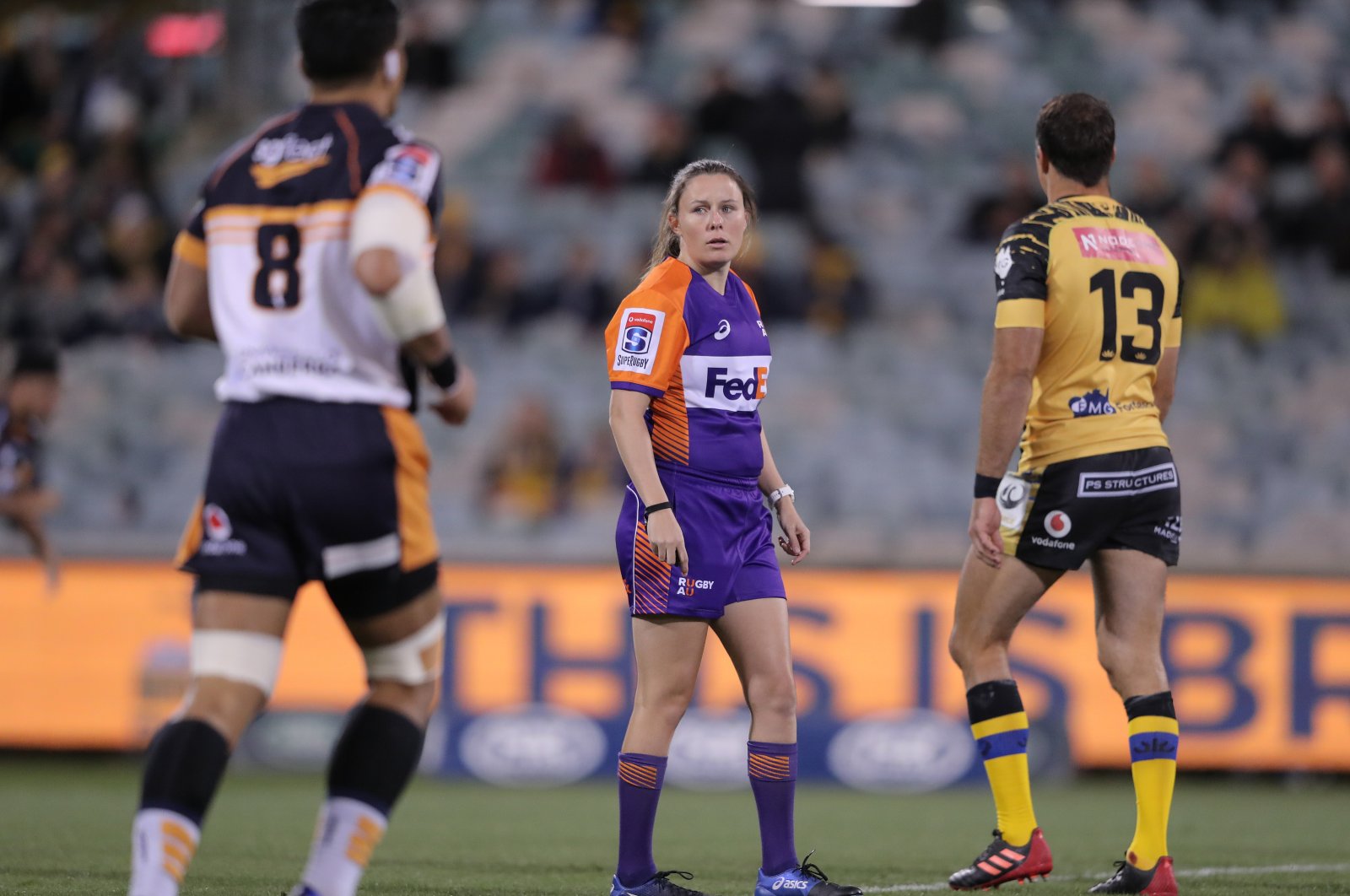 Referee Amy Perrett is seen during the round nine Super Rugby AU match between the Brumbies and the Western Force at GIO Stadium in Canberra, Australia, Aug. 28, 2020. (Photo by Getty Images)
by French Press Agency - AFP Aug 28, 2020 12:15 pm

Amy Perrett made history Friday by becoming the first woman to referee a men's Super Rugby game, a move she hopes will open the door to other females.

The Australian took charge of the clash between the ACT Brumbies and Western Force in Canberra after reguarly running the sidelines in other Super Rugby AU matches this season.

"I've been really fortunate to already achieve a lot, so everything now is all a bit of a bonus, and it's just a case of taking any opportunity as it arises," she told rugby.com.au ahead of the game.

Perrett was already the first woman official in Super Rugby, having been appointed assistant referee for a showdown between the Melbourne Rebels and Western Stormers in 2016.

She officiated the 2014 women's World Cup final and is a regular at the women's Six Nations, but is not the first female to control a men's professional game.

That honor went to Ireland's Joy Neville, who took charge of a Challenge Cup pool game between France's Bordeaux-Begles and Russian club Enisei in 2017.

Perrett, a mother, said she hoped her achievements would spur on other women to greater sporting achievements.