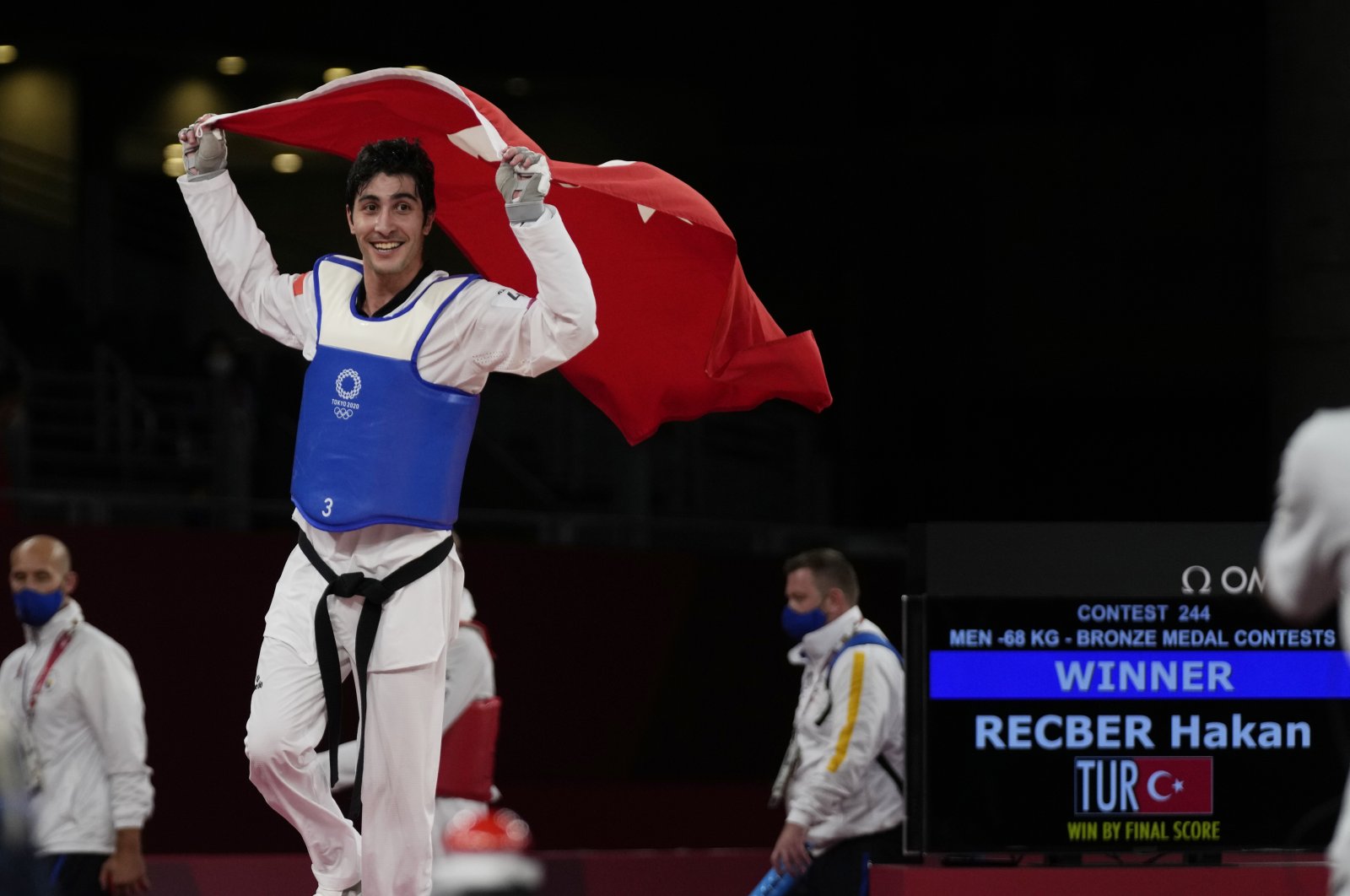 On his way to the bronze medal, Reçber defeated Brazil’s Edival Pontes in the last 16. However, he lost to Britain’s Bradly Sinden in the quarterfinal.

After Sinden secured a place in the final, Reçber beat New Zealand’s Tom Burns in repechage round 1 and secured the bronze-medal match.

Reçber made a great start to the tie, winning the first round 14-5, but the second and third round ended in a 3-3, 5-5 draw respectively. But the Turkish athlete secured the match with a total score of 22-13.

İlgün, on the other hand, reached the quarterfinals after beating Costa Rica’s Nishi Lee Lindo Alvarez in the last 16.

However, she lost to U.S. athlete Anastasija Zolotic, who eventually made it to the final. As a result, İlgün moved to the repechage, where she beat Morocco’s Nada Laaraj.

İlgün won the first round 3-2, and continued her form in the second round with a 2-0 win, taking the total score to 4-3. İlgün clinched the last round 4-3 and won the match with an 8-6 score.