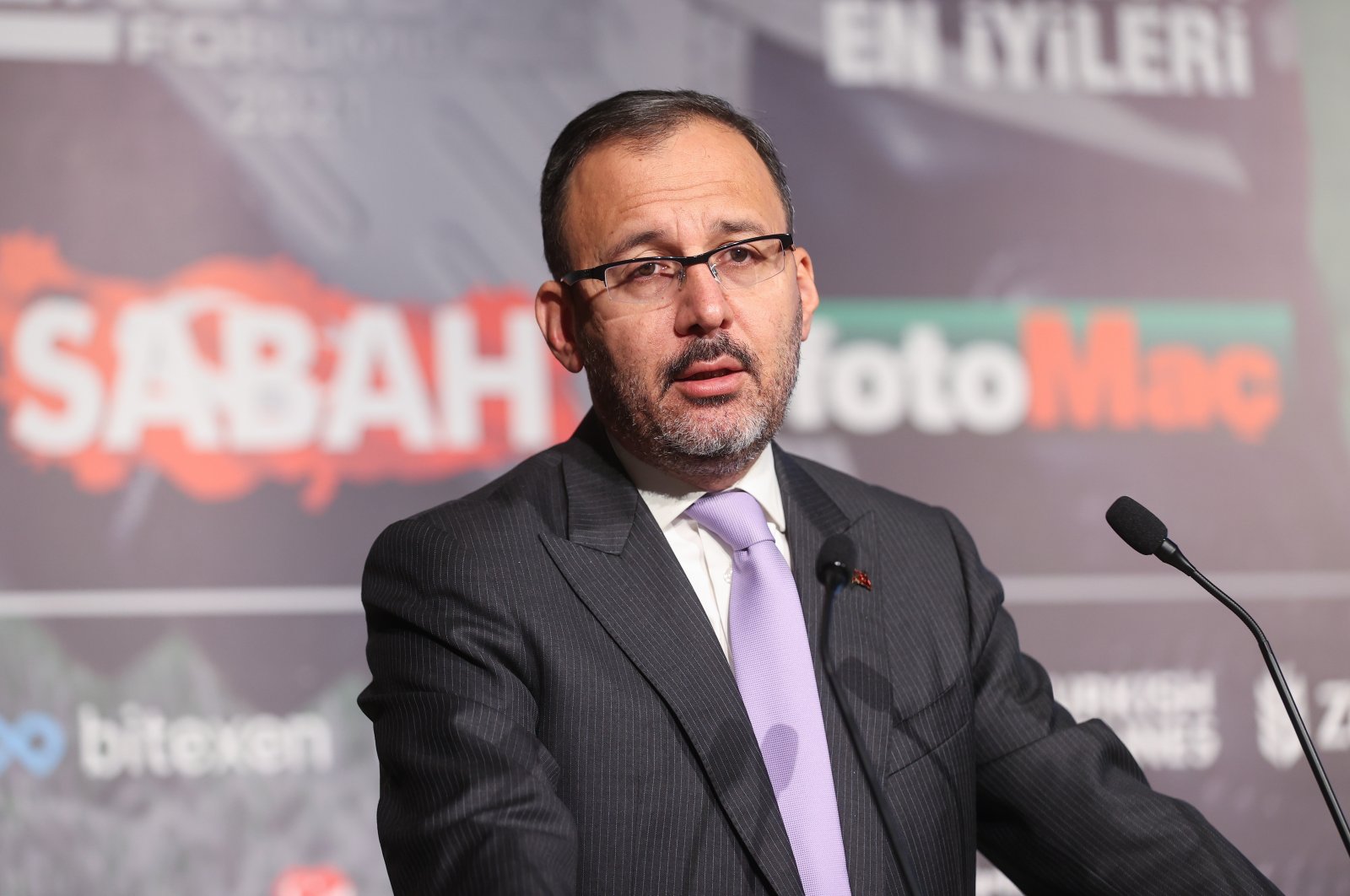 Turkey’s Youth and Sports Minister Mehmet Muharrem Kasapoğlu on Wednesday drew attention to the managerial and financial stability of football clubs and the sector, hit hard by the coronavirus pandemic.

Kasapoğlu was speaking at the Sabah International Football Economy Forum (UFEF) and the Fotomaç Süper Lig Best of the Best award ceremony held at the Turkuvaz Media Group headquarters in Istanbul.

The minister said their aim was to take Turkish football to the top but “the federation, clubs, media, sponsors and most importantly the supporters, who are all part of the ecosystem, must all work together.”

“We need to analyze global trends and focus on long-term strategies. To make football sustainable we all need to work together. I think we all have the same dream and want to see Turkey’s sports and football in particular in its rightful place.”

Kasapoğlu underlined how the global football industry was hit hard in the last two years due to the coronavirus pandemic. He pointed to how football had to adjust to life without fans and falling revenues.

He also drew attention to the fact that younger generations were drifting away from supporting clubs.

“Another reason behind the global decline (of the football industry) is the younger generations’ denial to identify as fans of specific clubs. This has caused serious drops in viewership. According to recent figures, almost 40% of them do not watch any sports events.”

“Our clubs and the Süper Lig needs to design strategies, based on scientific research, for younger generations.

“We also need to place more importance on the organization, branding and marketing of the Süper Lig,” the minister said.

Kasapoğlu also underlined the importance of developing a strong youth system that would take Turkey’s football even further. He said the country boasts a strong infrastructure to back the system.

Özdemir sat down with Sabah newspaper’s Levent Tüzemen for a special session titled, “The Latest on Football Economy.”

He discussed the current economic situation of the clubs and Turkey’s football sector, in general. He said high exchange rates and the pandemic have made it very difficult for the clubs to maintain financial stability.

"The bidding for broadcast rights will be held in December or January. The last one was a five-year deal. We’ll decide on the duration of this one before the auction. We have formed a commission for that purpose that is now discussing the critical details of the future deal. The more offers we get, the better.”

On the MHK, Özdemir said the TFF will elect a new head within the next couple of days.

“As of Game Week 10, the teams have played 6.9 foreign players on average. Some of them played less than five. Clubs are using players from the youth system. We saw it at Fenerbahçe. Galatasaray’s Kerem Aktürkoğlu, Beşiktaş's Rıdvan Yılmaz are all youth players. Trabzonspor is the same. If we didn’t introduce this rule, the old system would continue. We are determined to introduce a 6+5 quota in the future,” he added.

He also underlined the TFF’s plans to promote women’s football in the country.