Ailing Nadal out of Italian Open, Djokovic goes through to last 8 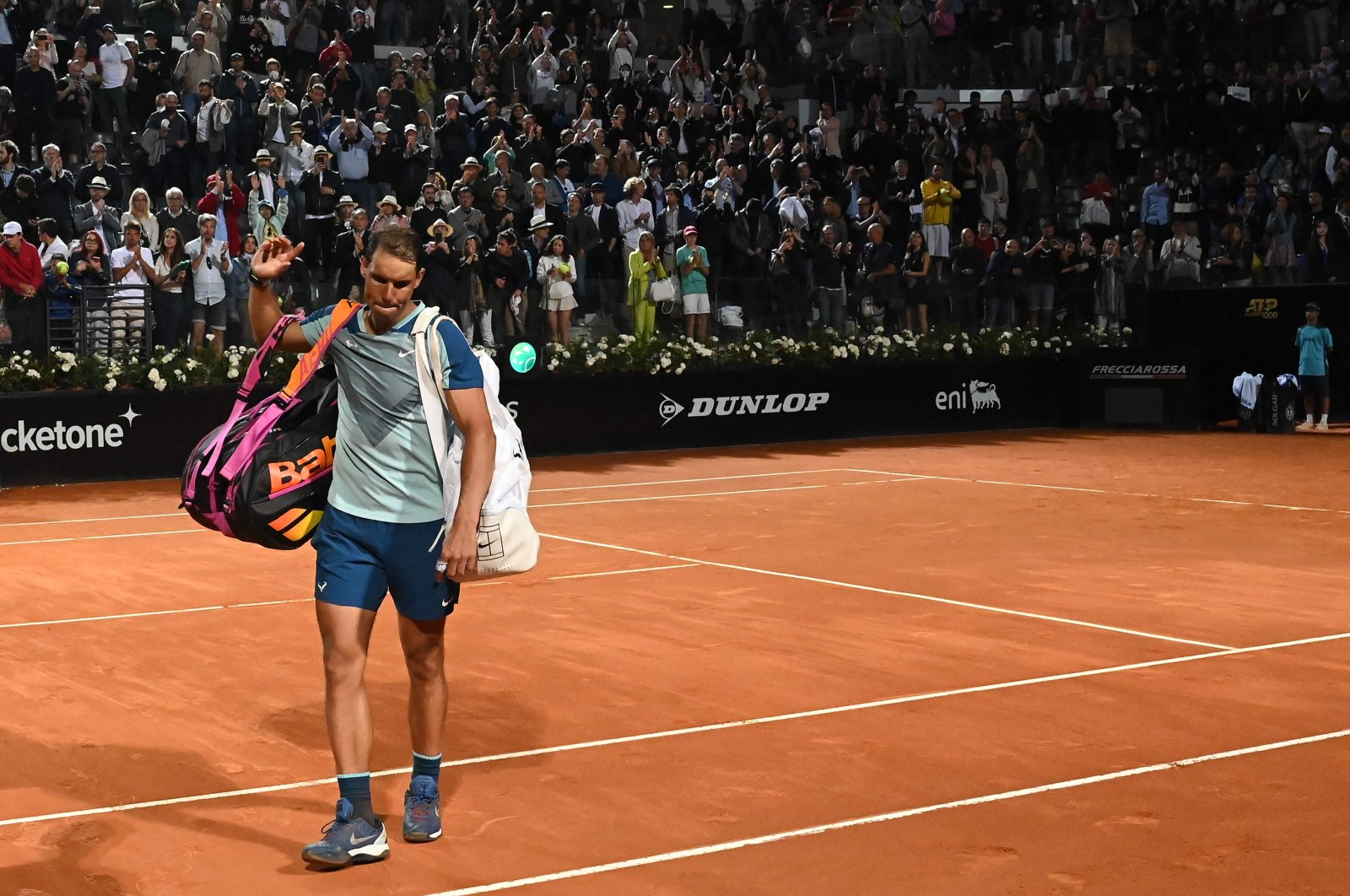 Spanish tennis superstar Rafa Nadal crashed out of the Italian Open last 16 after a 1-6, 7-5, 6-2 defeat against Canadian Denis Shapovalov on Thursday.

The 21-times major winner had a solid start, but the 35-year-old struggled physically towards the end of the contest, raising doubts over his fitness ahead of the French Open, which he has won a record 13 times.

Nadal, who has endured a string of injuries during a career spanning more than two decades, dominated the opening set with his brilliant return of serves.

Canadian Shapovalov responded in style by racing to a 4-1 lead in the second set with his energetic and attacking play, but Nadal got back into the contest by winning the next three games.

Nadal saved a set point at 4-5 but a series of unforced errors and lack of aggression from him saw the match go into the deciding third set.

World No. 4 Nadal broke through right away at the start of the decider but later limped with an apparent foot injury, likely related to his chronic left-foot problem.

Shapovalov went won 17 of the last 20 points, completing his comeback as he handed Nadal his earliest Rome exit since 2008.

"I am not injured. I am a player living with an injury. That's it," Nadal told reporters.

"I started the match playing much better. My practice was much better, the warm-up, than the other day.

Shapovalov said he hoped Nadal would recover in time for the French Open, which starts on 22nd May.

"Definitely tough to see him in pain there at the end. I never want to see that, especially with a great legend like Rafa," he added.

"He's been winning so much, I think it's almost been difficult for him to stop playing and kind of take it easy."

Earlier, Novak Djokovic ended Stan Wawrinka's hopes of stringing together a hat trick of wins for the first time in 18 months with a 6-2, 6-2 thumping.

The 37-year-old Swiss, who had not played for 12 months after undergoing two surgeries for a foot injury, battled past Reilly Opelka and Laslo Djere to set up a 26th meeting with top seed Djokovic in the Italian capital, and first since 2019.

The 361st ranked Wawrinka, who last won three successive matches at the 2020 Paris Masters, could not cope with Djokovic's baseline intensity in the first set and was broken twice.

Wawrinka showed incredible defense to break Djokovic in the sixth game of the second set but a double break from the world No. 1 carried him to victory.

It was Djokovic's 20th win over Wawrinka, and 998th career victory, as he bids to become the fifth player to reach the 1000-win mark.

"It is great to see Stan back," the Serbian said. "He won two matches here, he is still physically not there, but he is still Stan and can hurt you.

"From the beginning, I really moved him around the court and held my serve well. I know what is expected from me next."

Alexander Zverev chalked up a century of wins at Masters 1000 events with a 6-3, 7-6(5) win over Australian Alex de Minaur, while world No. 5 Stefanos Tsitsipas battled back from a set down to beat 4-6, 6-0, 6-3 Russian Karen Khachanov.