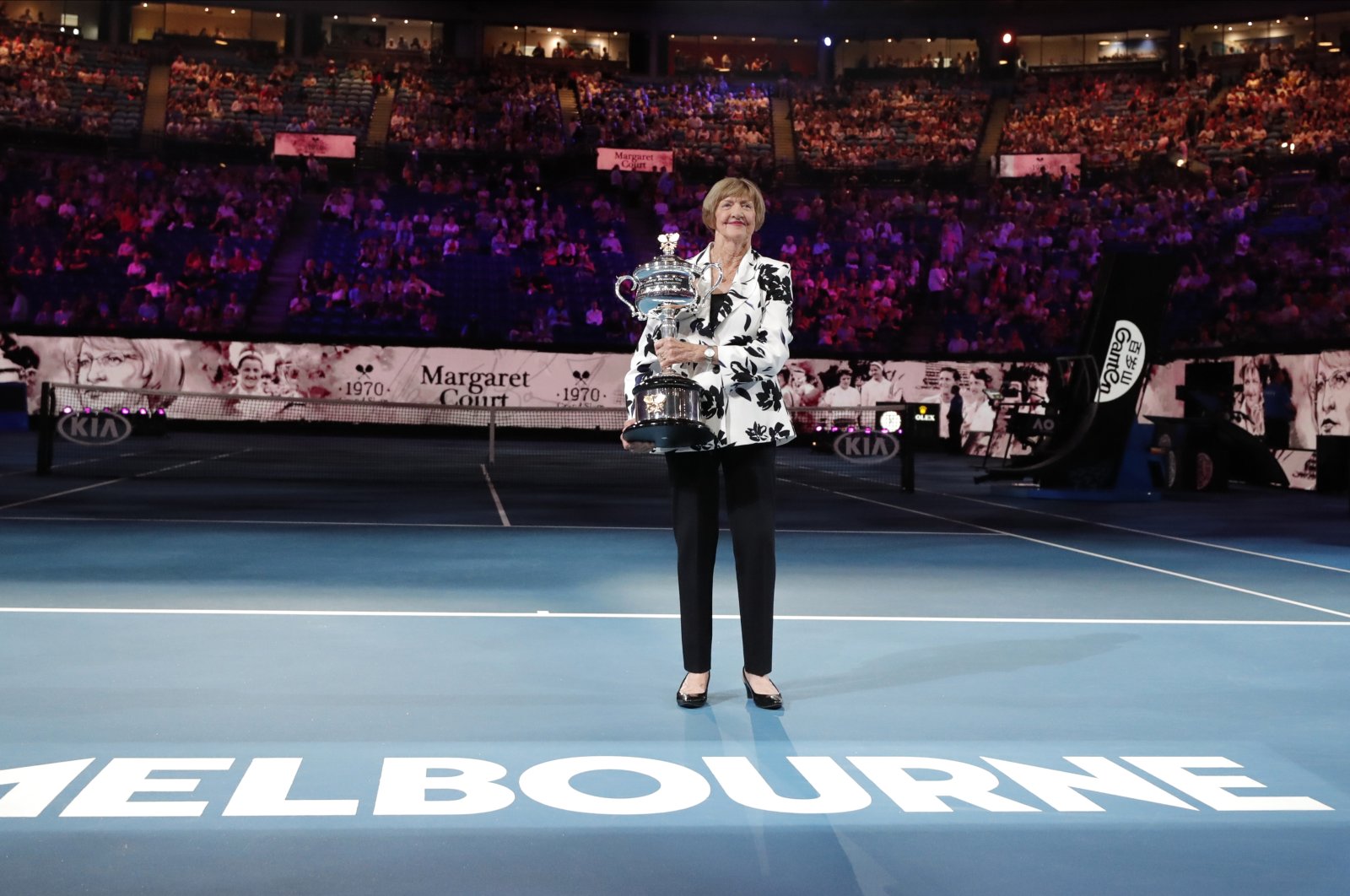 Margaret Court holds up the women's Australian Open trophy as her 50th anniversary of her Grand Slam is celebrated at the Australian Open tennis championship in Melbourne, Australia, Jan. 27, 2020. (AP Photo)
by Agencies Sep 17, 2020 11:37 am
RECOMMENDED

Andy Murray thinks the Australian Open should consider removing Margaret Court's name from the arena at Melbourne Park as he says the multiple Grand Slam champion's values are at odds with what tennis stands for.

Murray's comments follow calls from WTA founder Billie Jean King to remove Court's name from one of the main stadiums at the Australian Open's Melbourne Park venue and a welter of criticism for her controversial views from other senior figures in the sport.

"When you get to the Australian Open you want to concentrate on the tennis. Court's views detract from that," said Murray said to Pride Life.

"As far as renaming the venue. I think that yes, it's something the sport should consider. I don't know who makes the final decision on that but I don't think her values are what tennis stands for," Murray said.

Court, who won a record 24 Grand Slam singles titles, has become a divisive figure in tennis, and especially at the Australian Open.

At the tournament in January, Tennis Australia held a low-key ceremony to mark the 50th anniversary of her 1970 calendar-year Grand Slam after noting her views had "demeaned and hurt many in our community."

In retirement, Court, now a devoutly Christian church pastor and based in Perth, Western Australia, has often attracted controversy over her comments on race and opposition to same-sex marriage and transgender athletes.

The Australian once praised South Africa's apartheid system and said "tennis is full of lesbians."

"Court was given a ceremony at the Australian Open this year to mark her achievements in the game, but the reception she received from the public was lukewarm," Murray said.

At the same tournament, American greats John McEnroe and Martina Navratilova were reprimanded for unfurling a banner on the court calling for Margaret Court Arena to be renamed after Evonne Goolagong, the three-time Australian Open winner.