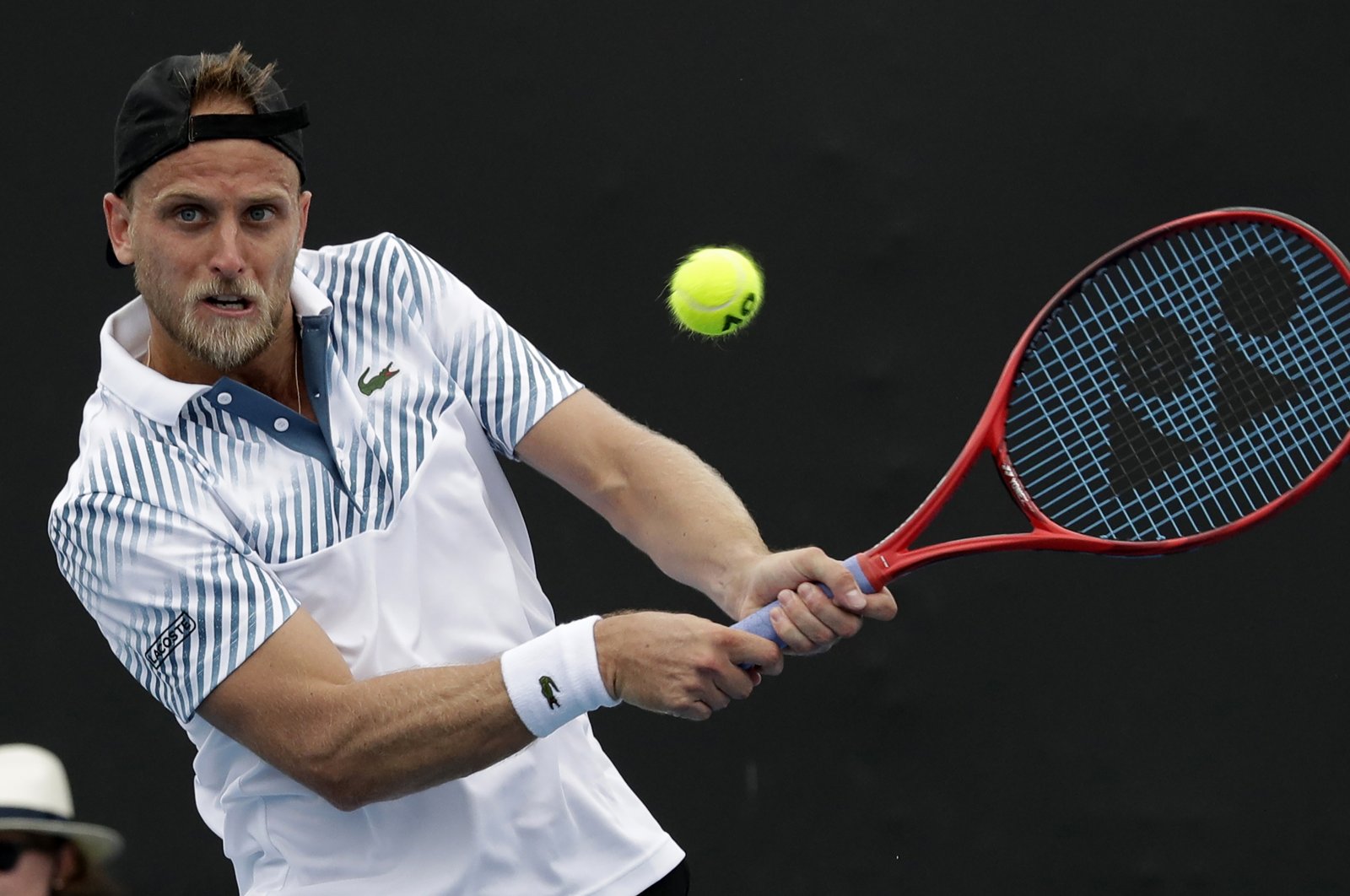 Two players have been withdrawn from Australian Open qualifying tournament in Doha, Qatar and put into hotel quarantine after returning positive tests for COVID-19.

American Denis Kudla, seeded No. 4 in the qualifying event which is being held outside of Australia for the first time, was withdrawn following a 6-4, 6-3 first-round win over Elliot Benchetrit of Morocco on Monday. Francisco Cerundolo of Argentina beat Guillermo Garcia-Lopez of Spain 6-2, 6-4 before he was withdrawn.

Tennis Australia confirmed in a statement there’d been two positive tests at the tournament and both men had been transferred to a government-run medi-hotel in Qatar.

The withdrawals mean Australian wildcard entry Dane Sweeny and Mario Vilella Martinez of Spain get walkovers into the third round of qualifying.

Australian media reported that match officials were made aware of Kudla's positive test while the American was leading 5-3 in the second set, but planned to wait until the regulation change of ends following the subsequent game to notify both players.

Kudla broke serve to win the match, meaning both he and Benchetrit were out of the tournament. If there hadn't been a break of serve at that time, the match would have been stopped after the ninth game of the second set and No. 221-ranked Benchetrit would have advanced to the next round.

Australian Open organizers said all players who started in the qualifying tournament had returned at least one negative test after arriving in Doha, where they were tested on arrival and isolated until they returned a negative result.

The players and their teams are also being tested every four days during the event and, if there's a positive case, Qatari health authorities must inform the tournament in writing.

The Australian Open has already been delayed by three weeks and is now scheduled to start Feb. 8 because of travel restrictions and quarantine arrangements in place for the COVID-19 pandemic.

All players arriving in Australia will be tested on arrival and must isolate until they receive a negative test result. Then they'll be required to undergo a mandatory 14-day hotel quarantine which will involve daily testing for the coronavirus.

The season-opening major is usually held in the last two weeks of January to coincide with the end of the holidays in the southern summer.

Players will start arriving in Australia on 15 charter flights later this week. A small group of players will quarantine in Adelaide. The remainder of the roughly 1,200 players, entourage, support staff and officials arriving from abroad set to quarantine in one of three Melbourne hotels inside a so-called bio-security that will allow them to leave the hotel to work out in dedicated practice facilities for up to five hours per day.

Once participants have completed quarantine, they will no longer be subjected to mandatory coronavirus testing, unless they display symptoms. Anyone who tests positive for COVID-19 will be returned to quarantine.

Victoria state's Police and Emergency Services Minister Lisa Neville said authorities were working on the assumption that “every single tennis player that arrives ... has the potential to be positive."

“Our program has been designed around that potential and how we ensure that, if there is a positive case, that there is no risk to the Victorian community," Neville said. “We have put in place the strongest and strictest rules that apply for tennis across the world.”

Victoria state has accounted for 820 of Australia's 909 deaths attributed to COVID-19, and the capital Melbourne was locked down for months during an outbreak last year.