Azarenka rallies past Serena to reach US Open final 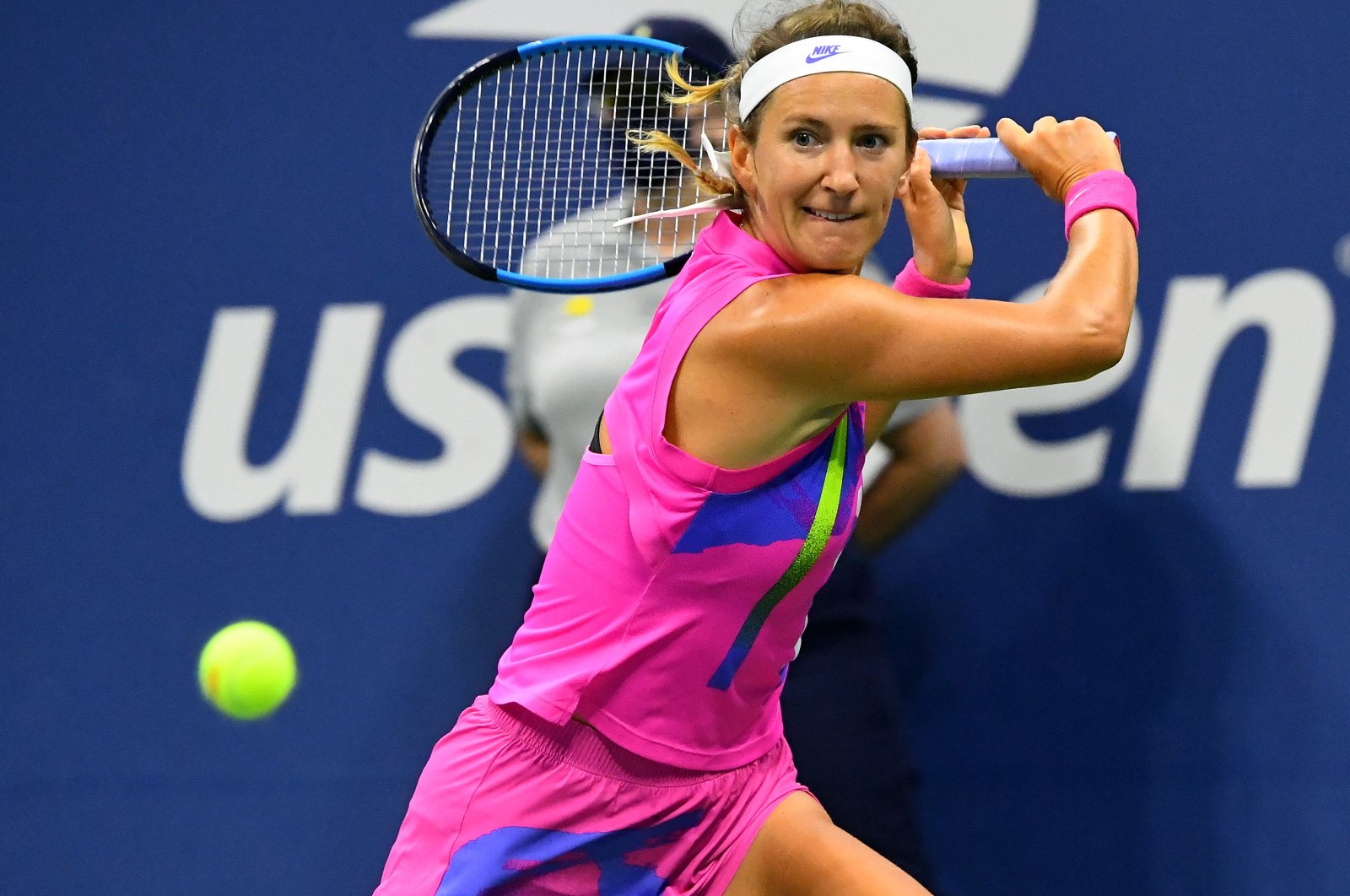 Serena Williams already was struggling to keep up in a fast-paced U.S. Open semifinal when she stopped behind the baseline after a third-set point and leaned over. She held that pose for a bit, then clutched at her lower left leg and asked for a trainer.

While Williams took a medical timeout for a tape job for what she later said was an Achilles issue – her latest bid for a 24th Grand Slam singles title seemingly slipping away – her opponent, Victoria Azarenka, sat in a sideline seat, eyes closed, calm and composed as can be.

After a delay of about five minutes at Arthur Ashe Stadium, action resumed, and while Williams raised the force of her shots and volume of her shouts, it was Azarenka who finished off a 1-6, 6-3, 6-3 victory to return to a major championship final for the first time since 2013.

The loss left Williams just short of No. 24 yet again. She was beaten in the finals of four of the preceding seven Slams, including at Flushing Meadows in 2018 and 2019.

“Maybe I took a little too much off the gas pedal at some point,” Williams said.

With her 39th birthday a little more than two weeks away, the question will become: How many more chances will Williams get? She did confirm afterward she’ll head to Paris as the French Open starts Sept. 27.

“Obviously, disappointed, but at the same time, I did what I could today,” Williams said. “Other times, I’ve been close and I could have done better. Today, I gave a lot.”

Williams said the leg issue wasn’t why she lost.

“I don’t think that had anything to do with it,” Williams said. “Ultimately, it didn’t affect my play at all.” Azarenka won the Australian Open in 2012 and 2013 and lost to Williams in the U.S. Open finals those two years.

She's finally back in a title match at a major.

“It’s been seven years? That’s my favorite number. I guess that’s meant to be. I’m very grateful for this opportunity,” Azarenka said. “On the road to the final, you have to beat the best players and today was that day.”

On Saturday, Azarenka will face Naomi Osaka for the championship in a meeting between two-time major champions who have both been ranked No. 1 in the past and have been by far the two best players since tennis resumed last month after a pandemic-forced hiatus.

This was Williams’ fourth consecutive three-setter in New York and although she was far better at the outset Thursday, racing to a 4-0 lead inside of 15 minutes, Azarenka eventually did get going.

“I dug myself in a big hole. I mean, she dug me in a big hole in the first set and I had to climb my way out of there one by one,” said Azarenka, a 31-year-old from Belarus who is ranked 27th, “and I'm very happy that I've been able to turn it around, because it wasn’t easy for sure.”

Evidence of Azarenka’s brilliance: She compiled 12 winners and merely one unforced error in the second set, then continued her baseline mastery in the third, especially with her backhand.

That carried her to her first win against Williams in 11 career Grand Slam matchups between the pair.

Azarenka has won 11 matches in a row; Osaka’s streak is at 10 after her 7-6 (1), 3-6, 6-3 win over Jennifer Brady in a hard-hitting semifinal filled with fast serves and strong forehands.

Azarenka and Osaka were supposed to play in the final of the Western & Southern Open – a hard-court event moved from Ohio to New York this year as part of a two-tournament “controlled environment” with the U.S. Open amid the pandemic – but Osaka withdrew because of an injured left hamstring.

“So excited to play against her, because we didn’t get to play last week, so it’s going to be super fun," said Azarenka, who sat in her assigned suite in Ashe to watch some of Osaka vs. Brady. “She plays incredible.”

Osaka had her left leg wrapped Thursday for her high-quality semifinal on the court where she beat Williams for the 2018 title.

“It means a lot for me. I kind of consider New York my second home,” said Osaka, who was born in Japan and moved to the United States as a child. “I kind of love the atmosphere, even though there’s no people here. I feel like this court kind of suits me well.”

The court seemed to suit both players just fine.

Osaka served at up to 120 mph; Brady reached 117 mph. And they pounded the ball once it was in play, too, particularly off the forehand side.

“I just felt like I was sticking it out. It felt like we were trading serves,” Osaka said. “I tried to adjust a little bit on her serve in the third set so maybe that helped.”

They combined for 70 winners – 35 apiece – to just 42 unforced errors, each as good as the other, and it took a bit of luck to swing things after 1 hour, 45 minutes.

That’s when, at 2-1 in the third set, Osaka earned her first break point with a backhand that clipped the net tape and trickled over. She was able to convert the chance when she hit a deep return of a 110 mph serve, and Brady’s backhand in response was called long – although a television replay showed it actually caught a piece of the back of the baseline.

Brady did not challenge the ruling.

Ashe is one of only two courts at the U.S. Open using line judges this year; to reduce the number of people on site, the tournament used electronic line-calling in the other arenas.