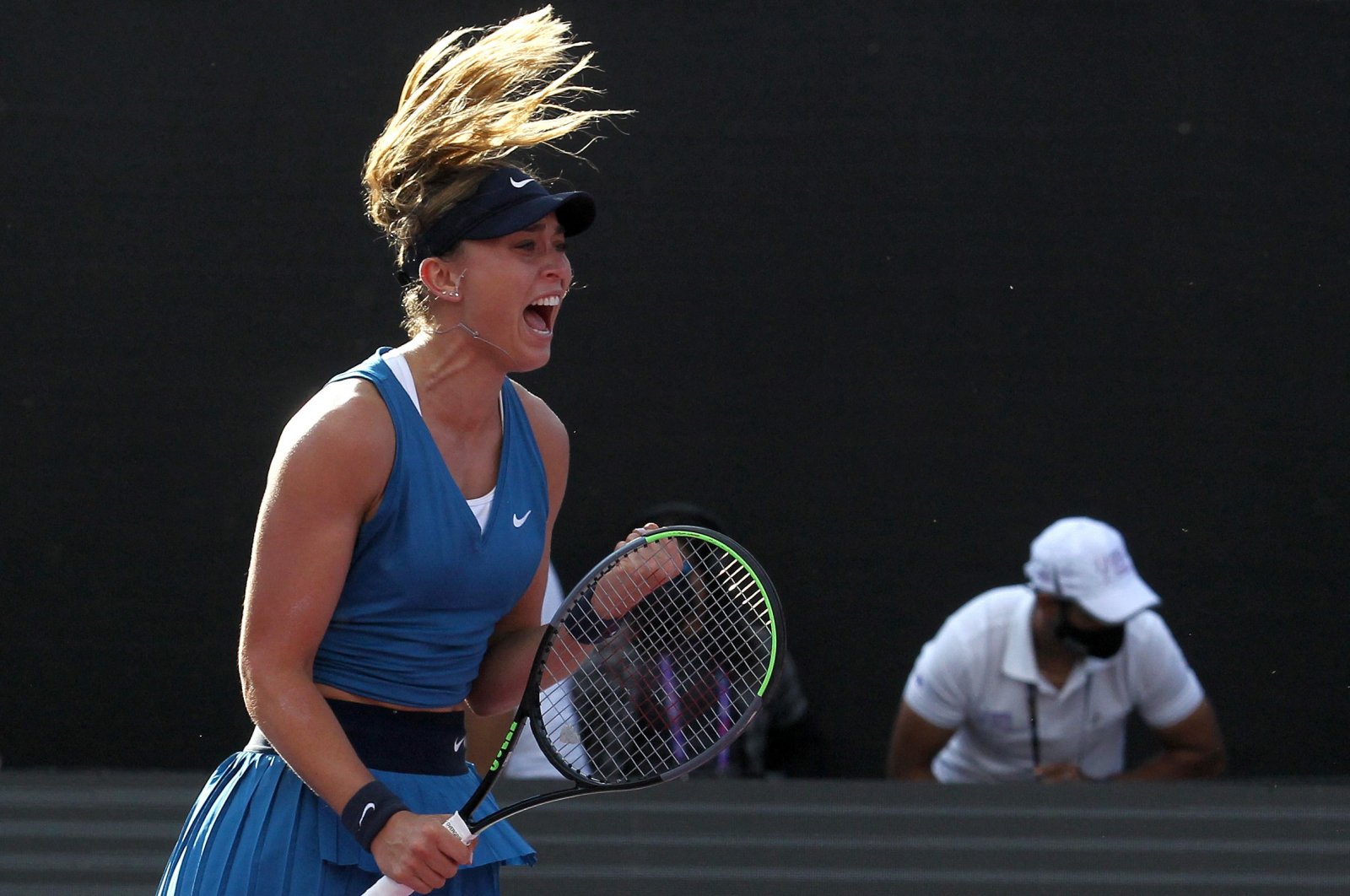 Spain's Paula Badosa advanced to the WTA Finals semis with back-to-back wins after grinding out a 7-6(4) 6-4 victory over Maria Sakkari and Aryna Sabalenka beat Iga Swiatek in Guadalajara, Mexico on Saturday.

Facing one of the WTA Tour's great battlers, the seventh-seeded Badosa showed she can also play with grit during a 2 hour, 4-minute slugfest in the Mexican heat, stretching her winning streak to eight matches.

Badosa blasted 10 aces past her Greek opponent and kept her under pressure, converting three of 12 breakpoints. Sakkari could not consistently find the mark, committing 49 unforced errors compared to just 22 from Badosa.

"I suffered but I knew I was going to suffer against a player like Maria, she is an amazing fighter," said Badosa, who will celebrate her 24th birthday on Monday.

"I think the key was to fight as well, I'm the same as her I am a competitor, I like to compete.

"I had to stay very aggressive but here it is tough because of the altitude. I stayed aggressive and focused and fighting a lot and I think that was the game plan."

Sakkari underlined her warrior reputation, clawing her way back from 5-2 down in the first set to force it to a tiebreak.

But the fourth seed quickly lost the momentum when Badosa roared in front 4-0 on her way to claiming the breaker 7-4.

Badosa kept up the pressure in the second, securing the early break to jump in front 2-1.

A reeling Sakkari had to dig deep to keep from falling into an even bigger hole, fighting off six break points before holding serve at 3-2.

Sakkari finally got the break she needed to level at 4-4 but Badosa immediately broke back, then served out the match, clinching the victory on her third match point with a backhand winner.

Badosa's victory did not guarantee a semifinal spot but she advanced as the group winner after top seed Sabalenka fought back from a set down to beat Swiatek 2-6, 6-2, 7-5 later Saturday.

Swiatek, the 2020 French Open champion, started well and broke twice in the opening set as the Belarusian struggled with her first serve.

But Sabalenka stormed back into the contest in the second set and was spurred on by a raucous crowd as she found her range on serve and won five straight games, saving three breakpoints in the final game to take it to a decider.

The two were locked at 5-5 in the third when Sabalenka broke Swiatek and then served out to eliminate the Polish 20-year-old.

"Guys, you're just amazing, I have never felt that good on court, I've never felt this support from the crowd," Sabalenka said in a post-match interview as the crowd cheered her on.

"I honestly think that this win is because of you. You gave me this energy, the motivation to keep fighting and I love you guys."

The final group match between Sabalenka and Sakkari on Monday will decide the second semifinalist from the group.