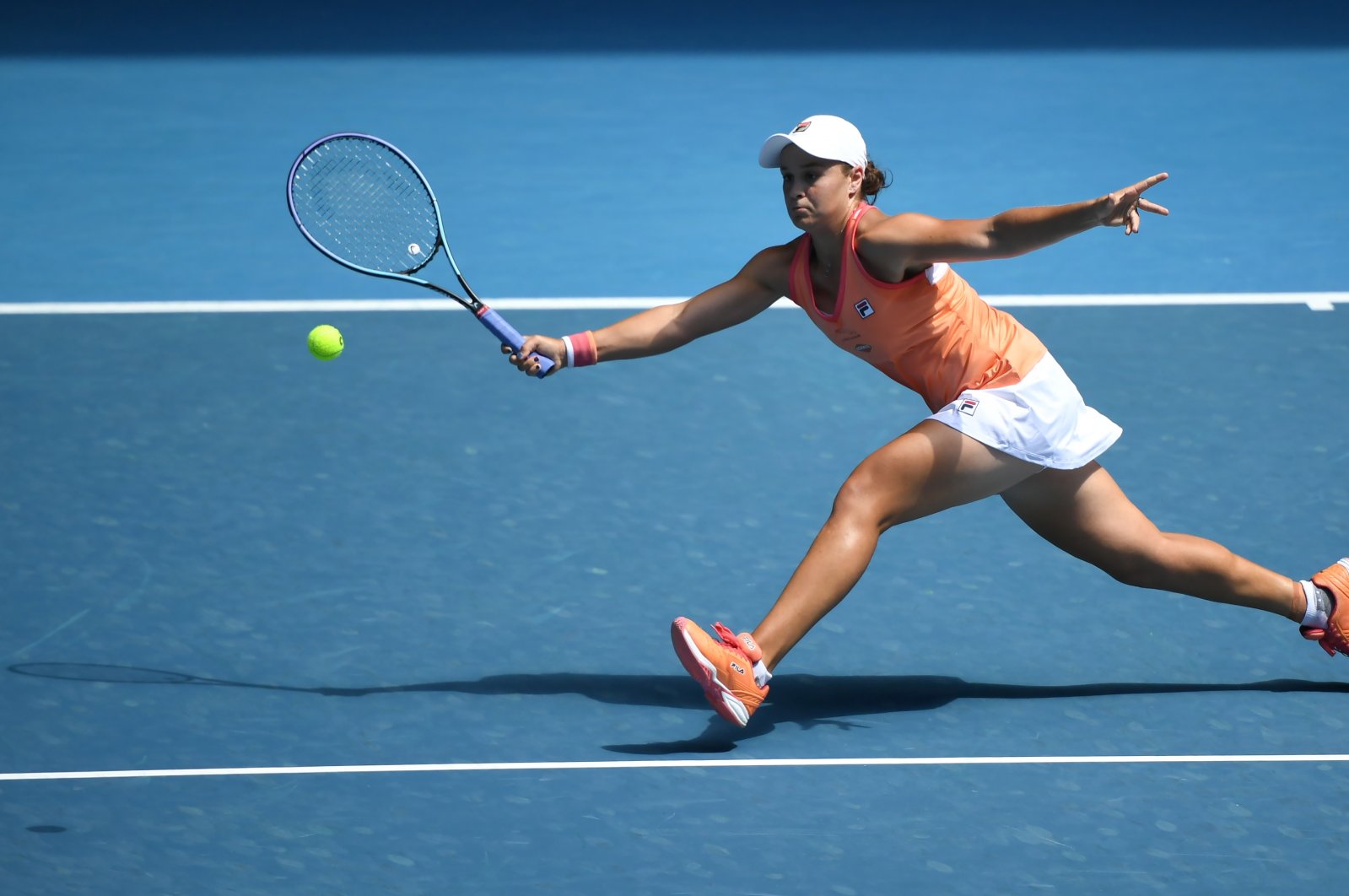 Women’s world No. 1 Ash Barty struggled against No. 52 Marie Bouzkova before completing a 6-0, 4-6, 6-3 win in an Australian Open warmup tournament Wednesday.

In the third set, the 2019 French Open champion exchanged three service breaks early before breaking Bouzkova in the eighth game. She ended it with a service winner in the next game.

“Coming off a night match, I'm an early riser to I didn't get a lot of sleep last night," Barty said. “I felt in the middle of the match I pressed a little bit ... but I was happy to get the win on my terms at the end."

Barty will play American Shelby Rogers in the quarterfinals of the Yarra Valley Classic and could potentially face Serena Williams in the semifinals. Williams was playing Tsvetana Pironkova in a night match on Margaret Court Arena.

Defending Australian Open champion Sofia Kenin fended off fellow American Jessica Pegula 5-7, 7-5, 6-2 in a spirited comeback. Kenin was a set and 4-1 down to Pegula before making her revival. Kenin had 10 double faults, including five in the final set.

There were 89 matches scheduled at the Australian Open site on the middle day of a compressed week of six tournaments – including three WTA events and three for the men’s tour, including the ATP Cup. The match madness was because of a 14-day quarantine period for all Australian Open players on their arrival, forcing all warmup tournaments to be held in the week before the Feb. 8-21 first Grand Slam of the year.

US Open champion Naomi Osaka advanced in the Gippsland Trophy but also needed three sets after a slow start on what could easily be called Wild Wednesday at Melbourne Park.

She didn't mind the extra work.

“Honestly I like playing long matches, just because I can gauge the condition of the court and I feel my fitness gets better,” Osaka said. “I played a shorter match yesterday, so maybe subconsciously I made myself play a long match today.”

No. 2 ranked Simona Halep had a more straight-forward 6-2, 6-4 win over Laura Siegemund.

Williams, 39, has been in belligerent form at the Yarra Valley Classic and overpowered the Bulgarian with a 6-1, 6-4 victory in 74 minutes.

"So far, so good. It's special to play here with what's going on in the world," said Williams, who only lost four games against Daria Gavrilova in her opener on Monday.

Williams, aiming for a record-equalling 24th Grand Slam title at the Australian Open, broke Pironkova first up and kept her foot on the gas with 25 winners and six aces.

The American will play world No. 6 Karolina Pliskova or compatriot Danielle Collins in the quarterfinals.