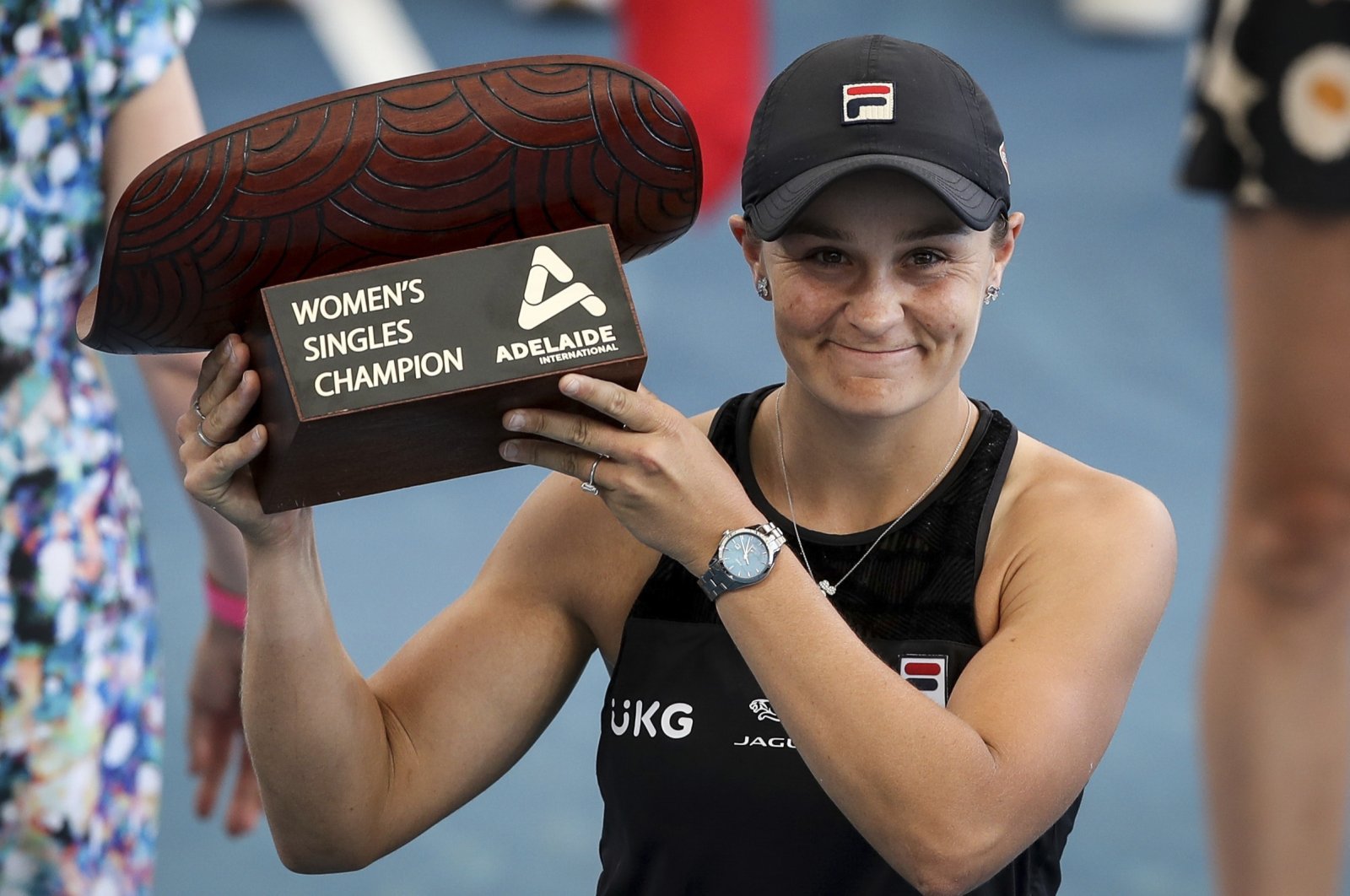 Women's World No. 1 Ashleigh Barty fired warning shots ahead of the Australian Open with a dominating victory 6-3, 6-2 over Elena Rybakina in the Adelaide International final Sunday.

She was in imperious form at Memorial Drive to claim the 14th WTA title of her career.

Barty, who won the event in 2020, dominated against the 22-year-old seventh seed from Kazakhstan to win in just over an hour, as she hits form a little more than a week ahead of the start of the Australian Open in Melbourne.

The 25-year-old took command midway through the opening set after being forced to save two break points in the seventh game, fighting back to win despite a double fault.

The home favorite capitalized on an error by her opponent after she put what should have been a straightforward winner into the net and Barty then hit an ace to hold.

When the failure to convert that opening rattled Rybakina, the Wimbledon champion ruthlessly took advantage to put herself in a match-winning position.

Barty carved out a breakpoint opportunity of her own in the next game that she immediately converted. From there the Australian took command.

Rybakina's difficulties grew early in the second set, a double fault handing Barty another break in the opening game.

Barty, who has not dropped serve since doing so against Coco Gauff in the tournament's opening round, chalked up seven straight games with another break, to take a 4-0 lead before closing out a comfortable win.