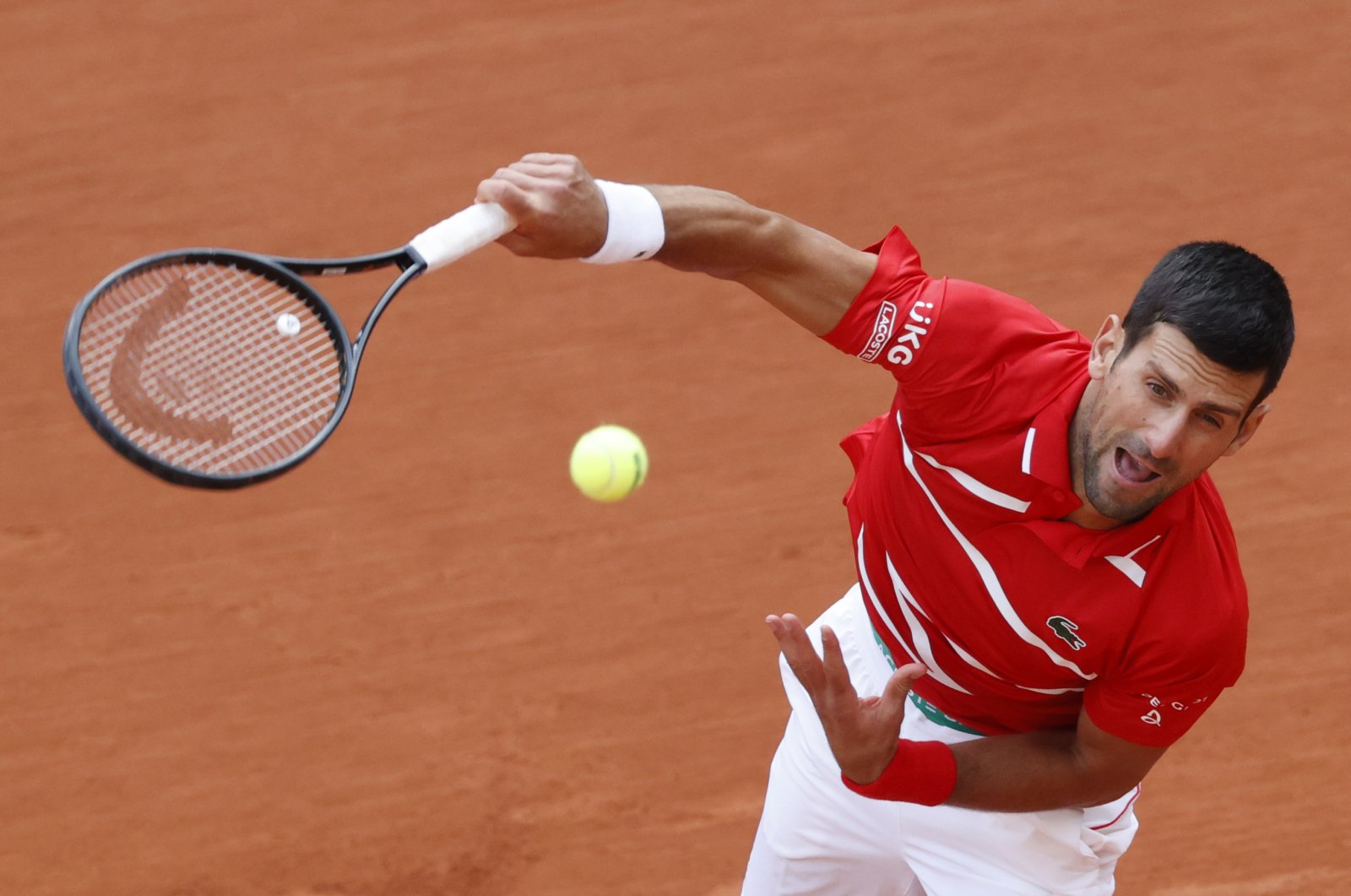 The top seed went level with Roger Federer for victories at the tournament, although still 25 behind Rafael Nadal's all-time best.

He will now face Colombian lucky loser Daniel Elahi Galan, ranked 153, for a place in the last 16.

"It was difficult for Ricardas in the third set as he had an injury and couldn't move very well," said Djokovic whose afternoon stroll was eased by his opponent needing treatment on a back problem after the second set.

"But I felt good just as I did in the first round and I want to continue like that."

Djokovic, bidding to become the first man in half a century to win all four majors twice, also only dropped five games in his first-round match against Mikael Ymer who likened facing the Serb to a "snake killing its prey."

The victory stretched his 2020 record to 33-1, his only defeat coming via disqualification from the U.S. Open.

Former champion Ostapenko swept second seed Pliskova out of the tournament, triumphing 6-4, 6-2 on the back of 27 winners.

In a women's draw reeling from the injury-enforced withdrawal of Serena Williams, and the absence of world No. 1 and defending champion Ashleigh Barty, as well as U.S. Open winner Naomi Osaka, world No. 43 Ostapenko pressed her case for a second Paris title after her shock 2017 breakthrough.

Pliskova, 28, made the semifinals in 2017 but has now failed to get beyond the third round in her eight other appearances at the French Open.

"I tried to be aggressive but not miss too much as she's such a great player," said 23-year-old Ostapenko who had lost in the first round in her last two visits.

Shapovalov, who reached the quarterfinals of the U.S. Open, twice served for the match in the final set at 5-4 and 6-5 but was broken three times in succession.

"It's a dream for me to win a match like this on this court," said Carballes Baena, 27, after advancing to the third round of a major for the first time.

"Shapovalov is very good but I did a very good match."

Also moving on was two-time Wimbledon winner Petra Kvitova, whose best Roland Garros run was the semifinals in 2012.

Kvitova next faces 18-year-old Leylah Fernandez of Canada, last year's junior champion, who reached the last 32 of a Slam for the first time by seeing off Polona Hercog 6-4, 3-6, 6-1.

Later, Greek fifth seed Stefanos Tsitsipas, who made the last 16 in Paris last year but had to come back from two sets down in the first round against Jaume Munar, faces wily Uruguayan veteran Pablo Cuevas.

The 34-year-old world No. 60 has made the third round on four occasions and all six of his career titles have come on clay.

Andrey Rublev, the mop-topped Russian who defeated Tsitsipas in the Hamburg final at the weekend and now has three titles in 2020, also needed to come back from two sets down in his opener against Sam Querrey.