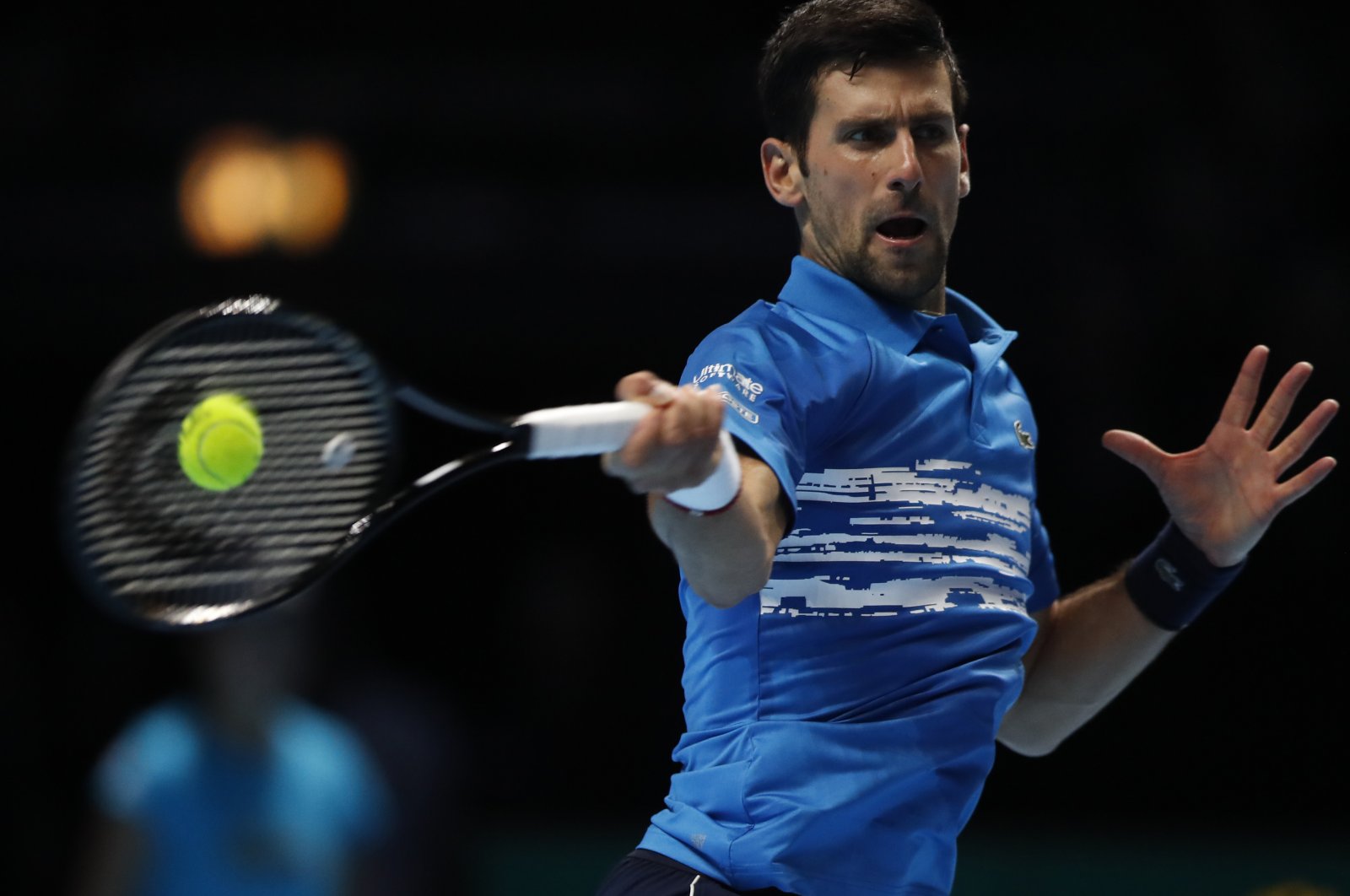 It will not be the party envisaged as London bids farewell to the ATP Finals but despite the strangest of circumstances, the season-ender should provide an upbeat note on which to finish a difficult year for tennis.

The ATP event has proved a huge success since it switched to London's cavernous O2 Arena in 2009, drawing sell-out crowds to watch the world's top eight singles players and doubles pairs go head-to-head.

Last year nearly 250,000 fans flocked to the Thames-side dome over the eight days of the tournament won by Greek Stefanos Tsitsipas. This time, with London in COVID-19 lockdown, the 20,000-seater arena will be eerily empty, barring the players, their coaches, tournament officials and a smattering of media.

Players must live in a strict bio-secure bubble and even line judges will be missing, replaced by the Hawk-eye live system used recently at the U.S. Open.

In these straitened times prize money has also been slashed from last year's total pot of $9 million to $5.7 million with an undefeated champion to pocket $1.56 million compared to the $2.6 million Tsitsipas earned despite losing one round-robin match.

Not that cash will be the motivator for world No. 1 Novak Djokovic, Rafa Nadal, Dominic Thiem, Tsitsipas, Daniil Medvedev, Alexander Zverev and debutants Andrey Rublev and Diego Schwartzman when the tournament's 50th edition starts Sunday.

Serbian Djokovic, 33, is guaranteed to end the year as No. 1 for a sixth time, equaling Pete Sampras's record.

But the last of his five titles at the year-ender came in 2015 and, after his recent default in the U.S. Open and thrashing by Nadal in the French Open final he will be eager to put the year to bed with a powerful statement.

Djokovic, denied the chance to defend his Wimbledon title this year when it was canceled for the first time since World War II, can match the absent Roger Federer's six ATP Finals titles. Nadal, incredibly, still awaits his first.

The Spanish 20-times Grand Slam champion has a relatively mediocre record in the event, his best runs being two runner-up finishes in London in 2010 and 2013.

"Of course I wanted to win the tournament, but it's always difficult," Nadal, who has never had the benefit of contesting it on his favored clay, said.

After the domination of Federer and Djokovic, who won 11 of the 13 editions between 2003 and 2015, the last three years in London have seen first-time winners in Grigor Dimitrov, Zverev and Tsitsipas and that sequence could continue.

Austrian world No. 3 Thiem, the U.S. Open champion, was runner-up in 2019 and would love to cement his breakthrough year by winning the most prestigious title outside of the four Grand Slams.

Medvedev, who will be joined this year by fellow Russian Rublev, also looks a good bet after warming up in style by winning last week's Paris Masters, although on his debut last year he lost all three of his round-robin matches.

"Hopefully I can get some wins. I have no other goal than just to get some wins," Medvedev, who lost to Nadal at the O2 last year despite leading 5-1 in the deciding set, said.

Rublev could be dangerous too, having won five titles this year, more than any other player. While Schwartzman recently cracked the top 10 for the first time at the age of 28.