Djokovic is greatest of all time in men’s tennis, Sampras says 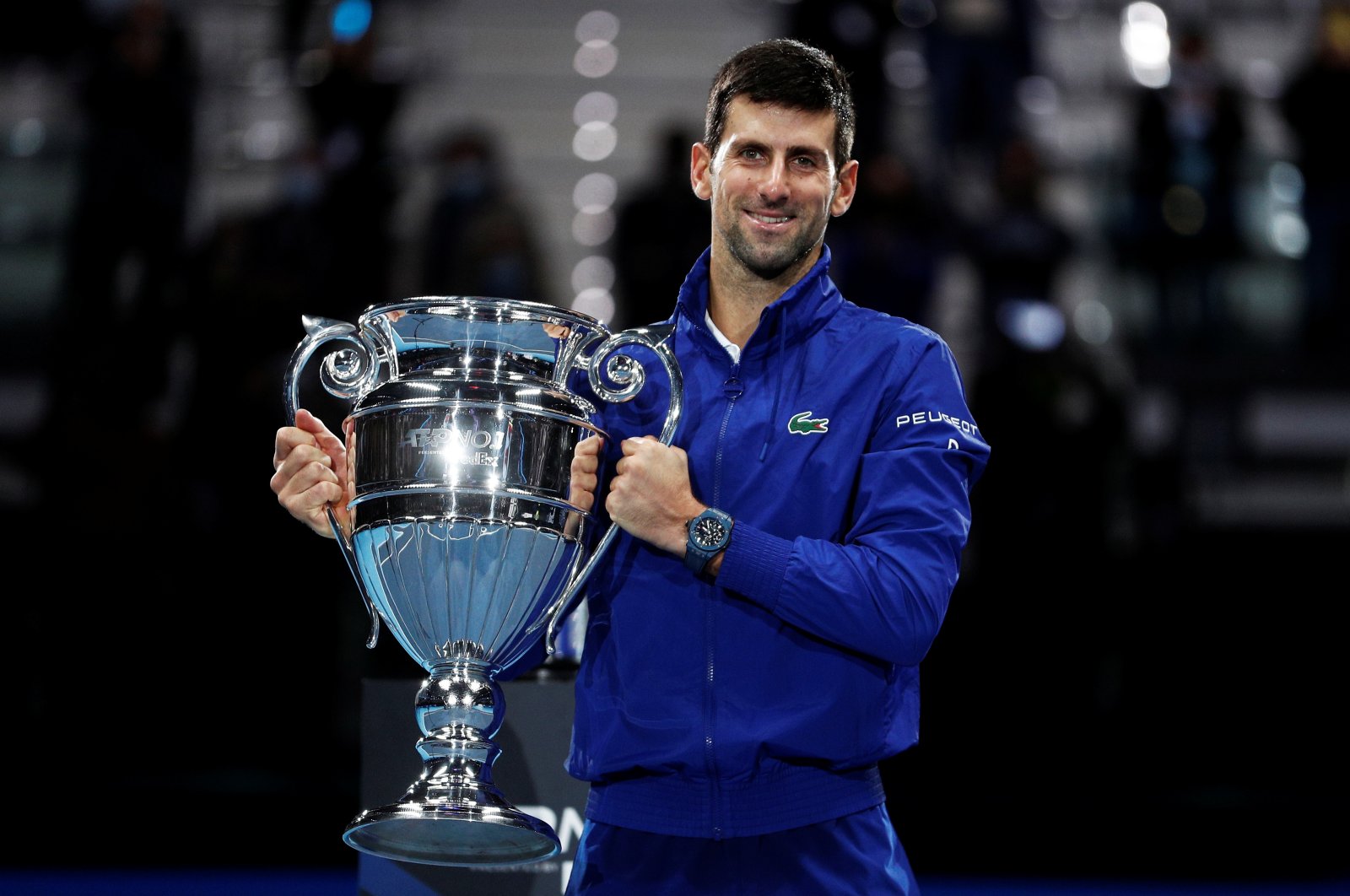 Serbia's Novak Djokovic poses as he celebrates with the trophy for his 2021 world number one ranking after winning his group stage match against Norway's Casper Ruud at the ATP Finals in Turin, Italy, Nov. 15, 2021. (Reuters Photo)
by REUTERS Nov 16, 2021 12:30 pm
RECOMMENDED

Djokovic, Roger Federer and Rafa Nadal are currently tied at 20 major singles titles each and fans and pundits have continued to argue over who should be considered the Greatest of All Time (GOAT) in men's tennis.

Djokovic, at 34, the youngest of the triumvirate, has been unmatched in consistency and success in recent years and has already claimed Federer's long-standing record for holding the men's world number one ranking for most weeks.

This month the Serbian broke a tie with his childhood idol Sampras by clinching the year-end world number one ranking for a record seven times.

"Seven years, for him, I'm sure he sees it as a bonus to all the majors that he's won," Sampras, who won 14 major singles titles before retiring after the 2002 U.S. Open, was quoted as saying by the ATP Tour website.

"But I think he'll appreciate it more as he gets older. He did it at a time where he dominated two of the greats, in Roger and Rafa, and he handled the next generation of players very well – all at the same time.

"I do think what Novak's done over the past 10 years, winning the majors, being consistent, finishing number one for seven years, to me it's a clear sign that he is the greatest of all time."

Djokovic, who also won a record 37th ATP Masters title in Paris this month, was presented with the year-end world number one trophy on Monday in Turin, Italy, after his victory over Norway's Casper Ruud in the season-ending ATP Finals.

"I was 'The Man' for those number of years, and he's been 'The Man' even more so," Sampras said.

"I think he's been more consistent, he's won more events, he's got more majors. I could go on and on talking about his career. I don't think you will see (seven year-end number ones) again."