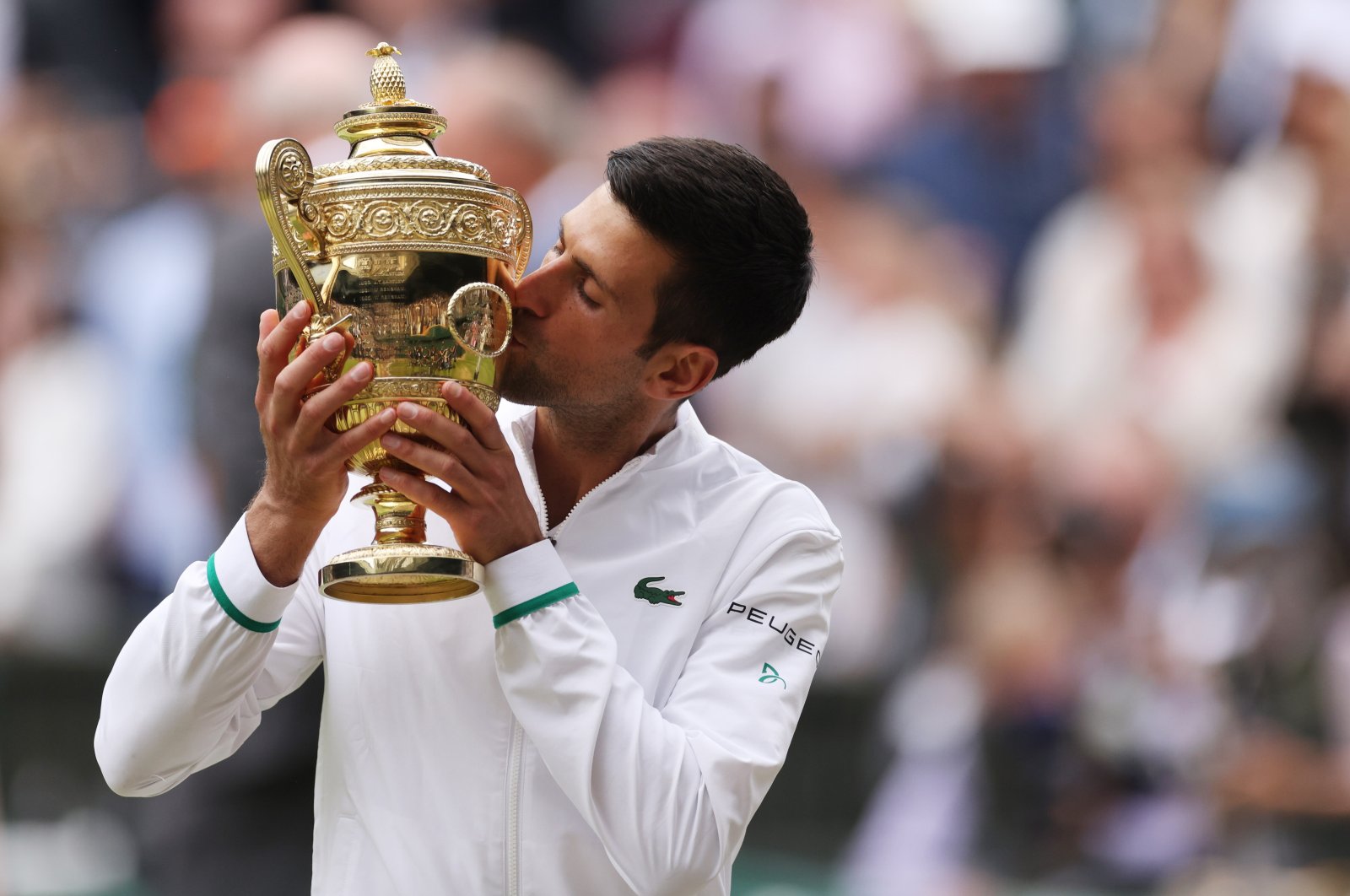 Novak Djokovic overcame some jitters as he came back to beat Italy's Matteo Berrettini 6-7 (4), 6-4, 6-4, 6-3, winning a record-equalling 20th Grand Slam title to tie with Roger Federer and Rafael Nadal in the Wimbledon final on Sunday.

The No. 1-ranked Djokovic earned a third consecutive championship at the All England Club and sixth overall.

He adds that to nine titles at the Australian Open, three at the U.S. Open and two at the French Open to equal his two rivals for the most majors won by a man in tennis history.

The 34-year-old from Serbia is now the only man since Rod Laver in 1969 to win the first three major tournaments in a season. He can aim for a calendar-year Grand Slam – something last accomplished by a man when Laver did it 52 years ago – at the U.S. Open, which starts Aug. 30.

This was Djokovic's 30th major final – among men, only Federer has played more, 31 – and the first for Berrettini, a 25-year-old from Italy who was seeded No. 7.

It was a big sporting day in London for Italians: Their national soccer team faced England at Wembley Stadium in the European Championship final at night.

With Marija Cicak officiating, the first female chair umpire for a men's final at a tournament that began in 1877, play began at Centre Court as the sun made a rare appearance during the fortnight, the sky visible in between the clouds.

The opening game featured signs of edginess from both, but especially Djokovic, whose pair of double-faults contributed to the half-dozen combined unforced errors, compared with zero winners for either. He faced a break point but steadied himself and held there and, as was the case with every set, it was Djokovic who took the lead by getting through on Berrettini's speedy serve.

Berrettini came in with a tournament-high 101 aces and that's where his game is built: free points off the serve and quick-strike forehands that earned him the nickname "Hammer."

Those powerful strokes sent line judges contorting to get their heads out of harm's way. Djokovic occasionally took cover himself, crouching and raising his racket as if it were a shield to block back serves aimed at his body.

Not many opponents return serves at 137 miles per hour (mph) and end up winning the point, but Djokovic did that at least twice. And the big groundstrokes that the 6-foot-5, barrel-chested Berrettini can drive past most other players kept coming back off Djokovic's racket.

That's what Djokovic does: He just forces foes to work so hard to win every point, let alone a game, a set, a match.

Indeed, this one could have been over much sooner: Djokovic took leads of 4-1 in the first set, 4-0 in the second and 3-1 in the third. But in the first, especially, he faltered in ways he rarely does, wasting a set point and getting broken when he served for it at 5-3.

In the ensuing tiebreaker, they were tied at 3-all, but Berrettini won three of the next four points with forehands, and closed it out with a 138 mph pace.

He strutted to the changeover and many in the full house of nearly 15,000 rose to celebrate along with him.

But Djokovic is nothing if not a fighter – he turned things around from two sets down in the French Open final last month – and he worked his way back into this one, which ended with Djokovic on his back on the court, basking in the crowd's cheers.