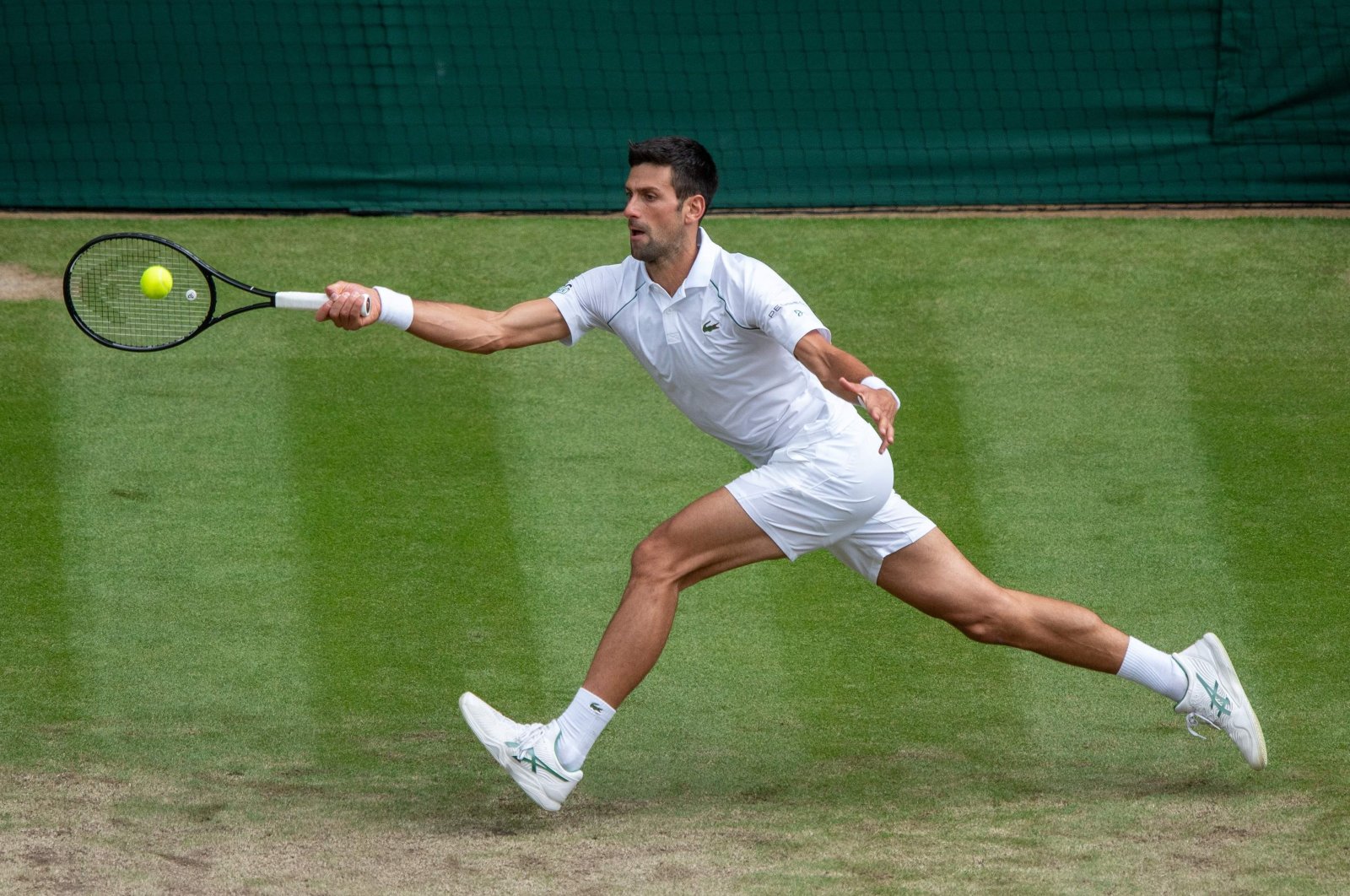 Novak Djokovic reached his 10th Wimbledon semifinal and 41st at the Grand Slams Wednesday as Roger Federer attempted to become the oldest man to make the last four in more than half a century.

Djokovic became only the third man to capture all four majors more than once with his second French Open victory last month.

Now he is halfway to becoming the first man in the Open Era and only the third in history to complete a calendar Grand Slam of all four majors.

"I'm aware of certain stats, I love this sport with all my heart, body and soul and have been devoted to it since I was four," he said.

"Sometimes things do look surreal for me but I try to live in the moment and take every opportunity I have on the court.

"Going for history is a huge inspiration for me, let's keep it going."

Djokovic raced into a 5-0 lead in the first set before 29-year-old Fucsovics got on the board. The world number 48, bidding to become the first Hungarian man since 1948 to make the semifinals at Wimbledon, saved five set points.

However, the rearguard action was too late to prevent the champion from edging ahead.

The top seed broke for the only time in the second set in the ninth game which was enough for a two sets lead.

Djokovic had spent three hours fewer than the muscular Fucsovics in getting to the last eight and his freshness showed when he crucially broke in the first game of the third set and then fought off two break points in the sixth.

The left-handed Canadian will be a huge underdog against Djokovic having lost all six matches against the world number one.

"Obviously he's the best player in the world but I think anything is anything is possible. When you look at the scoreboard first thing it will be 0-0," said the 22-year-old.

"Nothing else matters. It's a tennis match and it can go either way. I have full belief in myself and my team."

Roger Federer faced serious questions over his future after crashing out in the quarterfinal, just five weeks shy of his 40th birthday.

It was only Federer's 14th defeat at the tournament in 119 matches and his first straight-sets loss since an opening-round exit against Mario Ancic in 2002.

"He would never ever say if there was a niggle, but I don't know if we will ever see the great man again here."

World No. 18 Hurkacz had never got beyond the third round of a Grand Slam before this Wimbledon.

However, boosted by having defeated world No. 2 Daniil Medvedev in five sets in the last 16, he was a break up on a sluggish-looking Federer in the sixth game of the opening set.

The Swiss star, who underwent two knee surgeries in 2020 and was bidding to be the oldest man in the Wimbledon last-four in over a half a century, carved out a break for 2-0 in the second set.

He couldn't hang on and Hurkacz leveled in the seventh game from 1-4 down before dominating the tiebreak.

Federer looked punch drunk and he was quickly down 0-2 in the third set before Hurkacz wrapped up the decider in just 29 minutes in front of a stunned Centre Court.

He is only the second Polish man to reach the semi-finals at Wimbledon – Jerzy Janowicz being the other in 2013.

Up next is a clash with either Matteo Berrettini of Italy or Canada's Felix Auger-Aliassime for a place in Sunday's final.

"It's super special to have played Roger here, it's a dream come true," said Hurkacz.