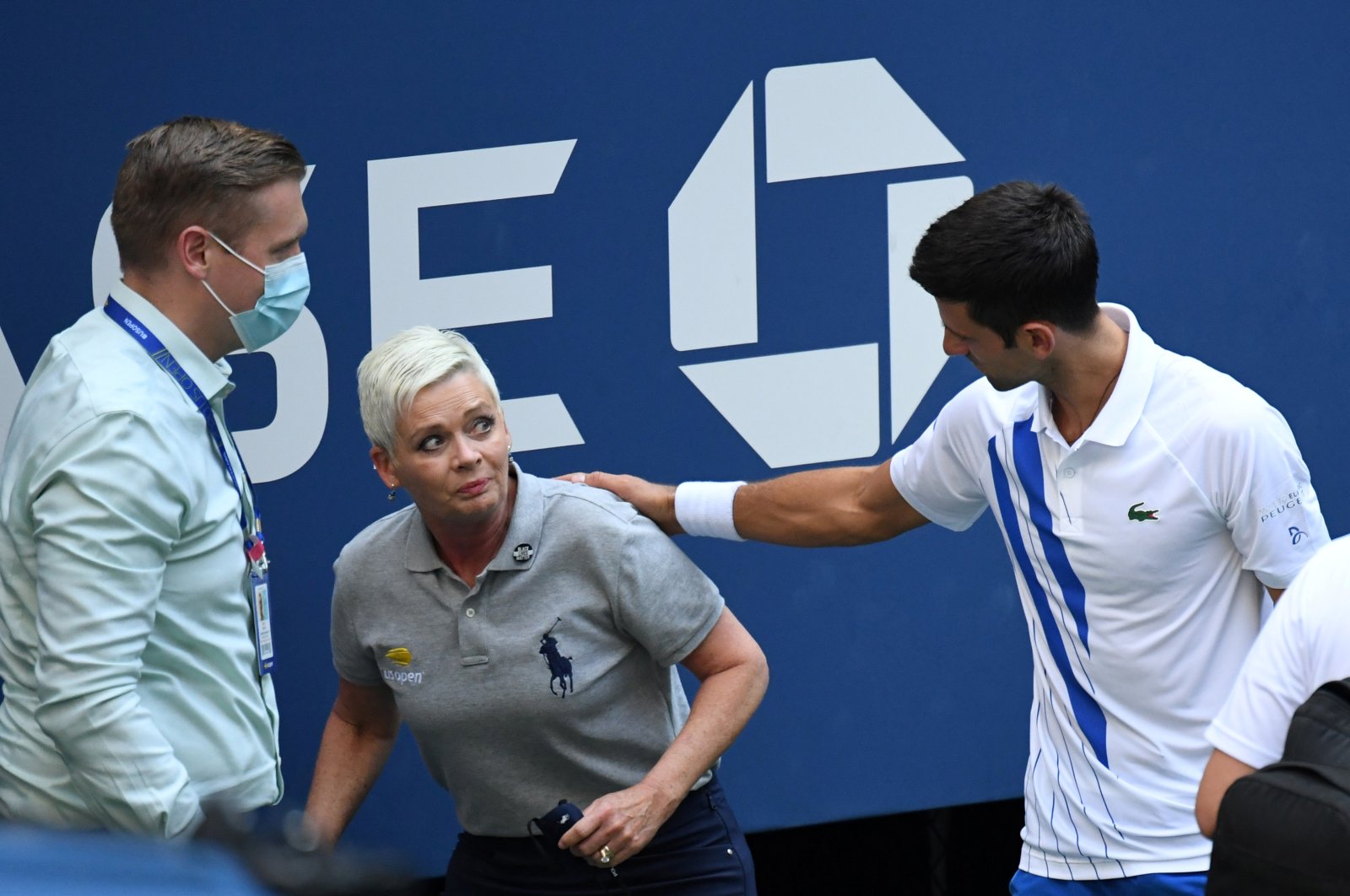 Novak Djokovic has pleaded for compassion for the line judge he inadvertently struck in the throat with a ball at the U.S. Open Monday after the female official faced a backlash from fans of the world No. 1 on social media.

The Serb was disqualified in the fourth round after he hit a ball to the back of the court in frustration after dropping serve in the first set against Spain's Pablo Carreno Busta, sending the official to the floor.

A section of Djokovic's fans took to social media to hurl abuse at the official after her Instagram username was carried by Serbian media.

"Shame on you. An old lady full of evil," read one of the messages left on her Instagram account, while other users accused her of faking the injury and "bad acting."

Djokovic Tuesday defended the official on Twitter while thanking fans who had left him positive messages of support.

"Please also remember the linesperson that was hit by the ball last night needs our community's support too. She's done nothing wrong at all. I ask you to stay especially supportive and caring to her during this time," he said.

"From these moments, we grow stronger and we rise above. Sharing love with everyone. Europe here I come," he added.

With the line judge screaming out in pain as she fell to the ground, a horrified Djokovic ran over to her and apologized.

A tournament spokesman told Reuters later that the line judge appeared to be okay and was not brought off-site.

Tournament referee Soeren Friemel came out on to the Arthur Ashe Stadium and spoke to chair umpire Aurelie Tourte and Andreas Egli, the Grand Slam supervisor, before a long chat with the three-time former U.S. Open winner.

Djokovic pleaded his case for 12 minutes but the Grand Slam rules are clear, and his fate was already sealed.

Britain's Tim Henman, who suffered a similar fate in 1995 at Wimbledon, said Djokovic would learn from the experience.

"Djokovic has had plenty of examples in the past where he has cut it pretty fine on the court," Henman told British daily The Times.

"Unfortunately for him he has got it wrong this time and suffered the harshest penalty," he said.

"I think he will take this on board because he is a bright individual. Going forward he won't be hitting balls and throwing his racket because he knows what the reaction will be," Henman said.