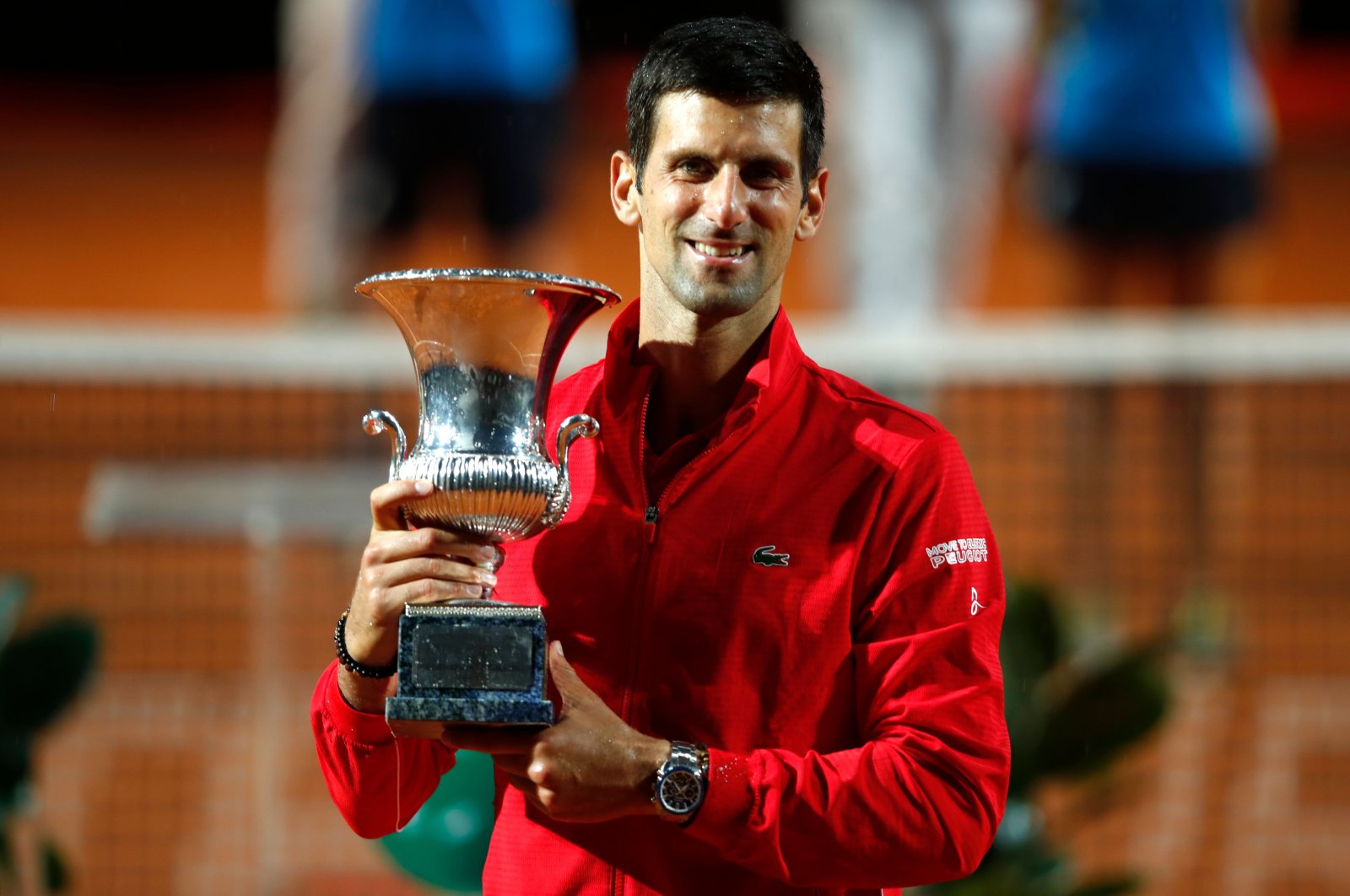 Fifteen days after he was defaulted from the U.S. Open, Novak Djokovic had plenty to celebrate on Monday.

Djokovic beat Diego Schwartzman 7-5, 6-3 to win his fifth Italian Open title; he passed childhood idol Pete Sampras for the second-most weeks at No. 1 with 287 – trailing only Roger Federer’s 310 weeks in the top spot – and he reasserted his dominance before the French Open starts in six days.

Djokovic improved to 31-1 this year – with his only loss against Pablo Carreno Busta in the fourth round of the U.S. Open. That, of course, was when Djokovic unintentionally hit a line judge in the throat with a ball in a fit of anger – resulting in him being thrown out.

Against Schwartzman, who was playing his first Masters 1000 final, Djokovic recovered from a 3-0 deficit in the opening set and eventually wore down the steady Argentine.

With his 36th Masters 1000 title, Djokovic moved one ahead of Nadal atop the all-time list.

In the women's final, top-seeded Simona Halep won her first Rome title when 2019 champion Karolina Pliskova retired midway through their match with a left thigh injury.

Halep was leading 6-0, 2-1 when Pliskova stopped playing after just 31 minutes.

Schwartzman had beaten nine-time Rome champion Rafael Nadal in the quarterfinals then edged Denis Shapovalov in a long three-setter in the semifinals.

No player has beaten Nadal and Djokovic in the same tournament since 2016 when Juan Martin del Potro achieved the feat in the Rio de Janeiro Olympics.

Having received warnings from the chair umpire in his previous two matches – for smashing a racket in the quarterfinals and for foul language in the semifinals – Djokovic was on better behavior in the final.

Earlier, Pliskova had her lower back treated by a trainer after Halep won the first set. Pliskova also had her left thigh taped during the match.

“Disappointed for me not to finish today,” Pliskova said during the trophy ceremony. “But Simo, obviously too strong. I always have to be 100% to play a good match against you. Congratulations for the whole week. I think you deserve the title."

Halep wished Pliskova a speedy recovery entering Roland Garros. She then added with a laugh, “Probably we will meet again there in the final.”

Both players wore face masks as they picked up their trophies themselves.

Halep, who lost the 2017 and 2018 Rome finals to Elina Svitolina, extended her perfect record in tennis’ restart to 10-0.

“In 2013 here I started to (reach) the top of world tennis," Halep – now a two-time Grand Slam champion – said, recalling her surprise run to the semifinals that year. "Since then I started to play really well and finally, after two finals, I could win this title.”

The second-ranked Halep improved to 14-0 overall stretching back to February, when she won a title in Dubai. After the tour’s five-month break because of the coronavirus pandemic, the Romanian returned by winning another trophy in Prague last month. She then skipped the U.S. Open because of travel and health concerns.

Due to the pandemic, a crowd of only 1,000 fans was allowed inside the 10,500-seat Campo Centrale stadium.

The tournament, which was rescheduled from its usual May slot due to the pandemic, also had reduced prize money.