Dominic Thiem claims US Open title after thrilling fight back 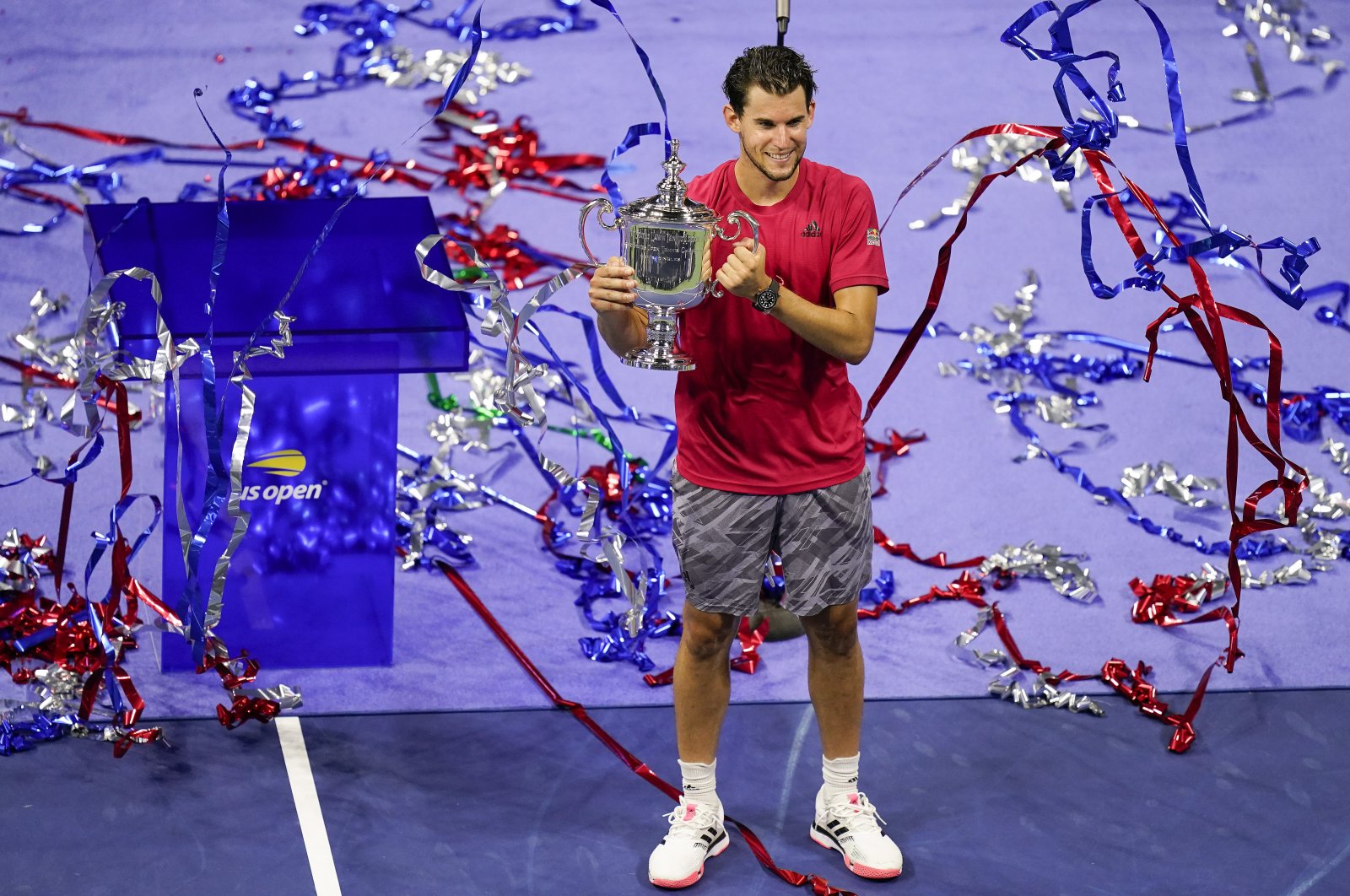 Dominic Thiem won the top title in the U.S. Open with a surprise victory just when fans thought he would lose to Alexander Zverev after the latter won the first two sets

Austria's Dominic Thiem finally claimed his maiden Grand Slam title with a stunning comeback to beat Germany's Alexander Zverev 2-6, 4-6, 6-4, 6-3, 7-6(6) in a nerve-jangling battle of wills in the U.S. Open final on Sunday. The 27-year-old world No. 3 appeared to have blown his golden chance as he fell two sets behind but hit back to become the first player to win a Grand Slam from having trailed by two sets since Gaston Gaudio at the 2004 French Open.

Thiem, who dropped only one set en route to the final, started as the favorite but was stifled by nerves early on, trailing by a set and 5-1 as his evening threatened to become a nightmare in an eerie, almost empty Arthur Ashe stadium. He gradually broke the shackles to hit back from a break down to take the third, however, and Zverev faltered on serve at 3-4 in a high-quality fourth set allowing Thiem to take a slow-burner of a contest to a decider.

With one of the sport's biggest prizes within reach, both men raised their games in a gripping decider. The 23-year-old Zverev, bidding to become the first German male to win a Grand Slam since Boris Becker won in New York in 1996, showed great composure to resist the Thiem charge and served for the title at 5-3. With the match deep into its fourth hour, though, it had become not just a physical battle but a psychological one too. First Zverev faltered with the title tantalizingly close, then Thiem could not hold serve for glory at 6-5 as a U.S. Open men's final moved into its first-ever fifth set tiebreak. A gut-wrenching climax saw Thiem take a 6-4 lead as Zverev's serve crumbled. But he netted a forehand with the court gaping, then sent another forehand wide.

Thiem earned another match point with a fearless pass though, and Zverev then dragged a backhand wide. "It's amazing how far our journeys brought us to share this moment and I wish – really I wish – we could have two winners today, I think we both deserved it," Thiem said on court after a tearful speech from his crestfallen opponent and close friend. Thiem, the second Austrian to win a Grand Slam after Thomas Muster's 1995 French Open title, had lost all three of his previous Grand Slam finals. His two French Open finals were against Rafa Nadal, a 12-time champion on the Paris clay, while at this year's Australia Open he was beaten in five stunning sets by world No. 1 Novak Djokovic. This time, with Nadal opting out over concerns over the COVID-19 pandemic, Roger Federer injured and top seed Djokovic defaulted last Sunday for hitting a line judge with a ball, the door had swung wide open for Thiem.

Things are never usually straightforward though, especially at Flushing Meadows. Zverev's form had been patchy on his way to the final, but he looked in fine form from the start on Sunday, bossing the baseline rallies with his smooth power. The first set lasted 30 minutes and when Zverev went 5-1 ahead in the second, a stunned Thiem was looking up forlornly at his coach Nicolas Massu. But the Austrian began to loosen up and while he could not salvage the second set and then went a break down in the third, he was finally upping the power on his fizzing groundstrokes. When Zverev dropped serve to lose the third set Thiem ominously sent three rackets off to be re-strung. Zverev fought off break points at 2-3 in the fourth, but a double-fault and a forehand error gave Thiem the break at 3-4 and as the match went into the decider, the momentum had shifted completely Thiem's way as he broke immediately.

There were to be more twists and turns before Thiem fell to his back in celebration at becoming the first player born in the 1990s to claim a men's Grand Slam, and the first outside Nadal, Djokovic and Federer to claim one since Stan Wawrinka's 2016 U.S. Open triumph.