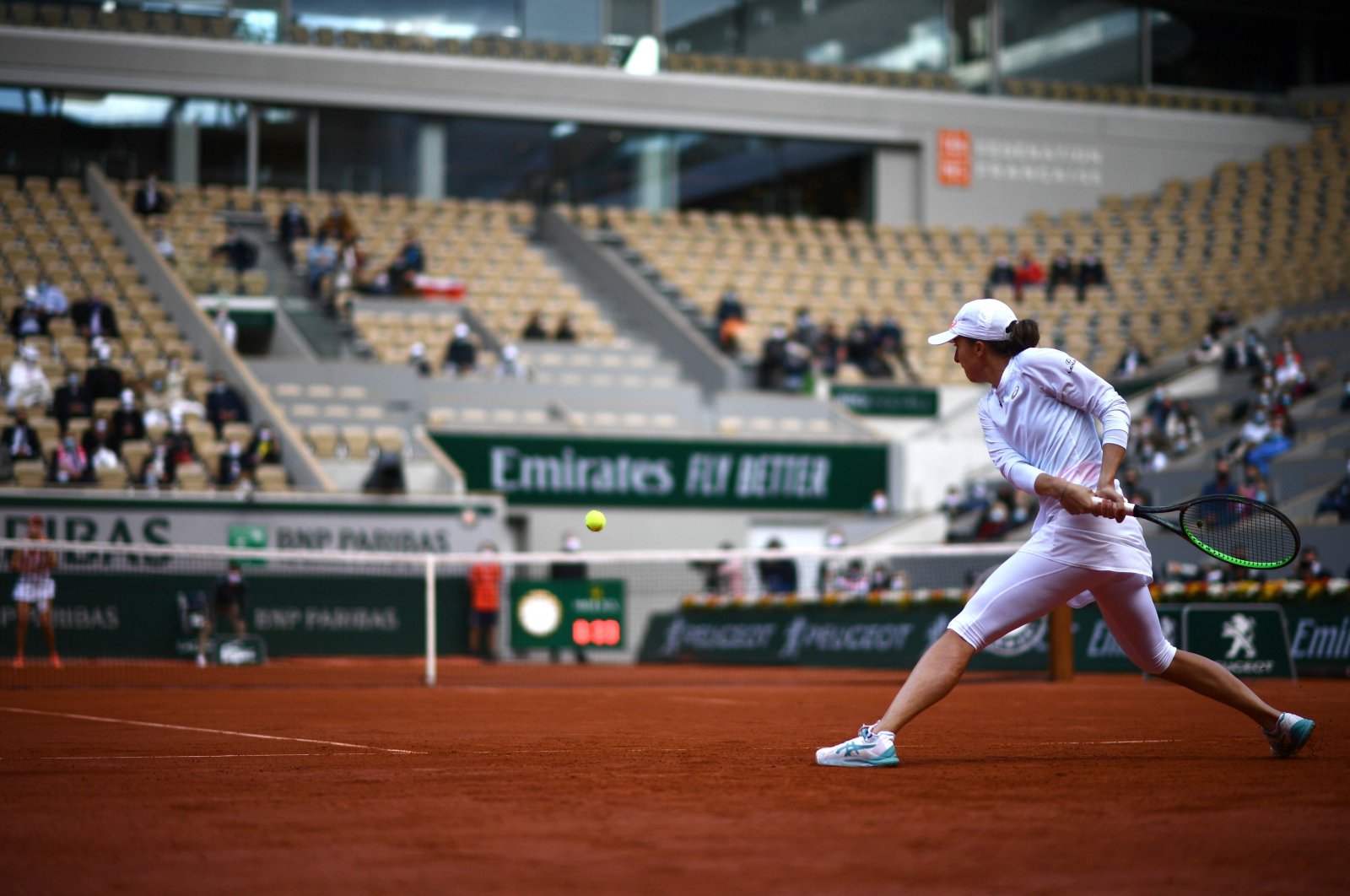 The 19-year-old ensured her place in history as Poland's first major singles champion Saturday, becoming the ninth woman in 14 tournaments to secure her maiden Slam title.

Swiatek, who used the coronavirus lockdown to complete her graduation exam, has toyed with the idea of continuing her studies, but will surely now go the same route as her vanquished opponent in the Roland Garros final.

Sofia Kenin, 21, turned down a scholarship to the University of Miami in 2017 after holding her own against Maria Sharapova in the third round of that year's US Open.

She went on to win the Australian Open in January and narrowly missed out on becoming the first woman to capture two majors in the same season since Angelique Kerber in 2016.

Since Serena Williams collected the last of her 23 Slam crowns at the 2017 Australian Open, the likes of Simona Halep, Sloane Stephens and the now-retired Caroline Wozniacki have all gone on to land a breakthrough major. However, the 29-year-old Halep is the outlier in a series of recent major winners, seven of eight who were aged 23 or under at the time.

Kenin, Andreescu and Swiatek have accounted for three with Naomi Osaka grabbing three titles of her own, and top-ranked Ashleigh Barty triumphing at the 2019 French Open.

The average age of champions in that time is 21.5. By comparison, the average age of the eight previous Slam winners was 27.4. "For sure it's inspiring. I know that there are no limits. Even though you're really young and you're an underdog, you can do a lot in a sport like a tennis," said Swiatek.

Multiple Grand Slam winner Mats Wilander compared Swiatek's game to that of Novak Djokovic, while greats of the past such as Rod Laver and Chris Evert believe the young Pole is just getting started. "I think she is there to be a Grand Slam champion, multiple times. I genuinely believe that Iga can be the one," Wilander told Eurosport.

Laver hailed Swiatek's "nerveless performance" in what was only her second tour-level final and tweeted it was "the first of many majors to come."

Evert, who won seven times in Paris, wrote: "What a sterling two weeks of brilliant tennis. Many, many more GS Titles to come." She also paid tribute to a "great year" for Kenin, 16-2 at Slams in 2020.

As Williams, who withdrew in Paris with an Achilles injury, continues her pursuit of Margaret Court's record 24 majors, the window of opportunity for the 39-year-old is closing with several young players rising to prominence. "I think it's great. A new generation coming up," said Kenin. "It's always good to see youngsters taking over and playing great tennis."

Former US Open finalist Pam Shriver believes Swiatek and Kenin could become the leading faces of the next generation. "We're always wondering where the next great rivalry is going to be. Well, let's just wonder about this one because they are two years apart," she told rolandgarros.com.

Swiatek hoisted the trophy after swatting aside all comers in swashbuckling style, the first women's champion to win the tournament without a dropping a set since Justine Henin in 2007.

Like the surprise 2017 French Open winner Jelena Ostapenko, it also represented her first title at tour level – and she is eager to back it up, unlike the Latvian who has yet to return to the same heights. "I know my game isn't developed perfectly. I think the biggest change for me is going to be consistent. I think this is what women's tennis is struggling with," said Swiatek, an avowed fan of Rafael Nadal. "That's why we have so many new Grand Slam winners because we are not, like, as consistent as Rafa, Roger (Federer), and Novak."