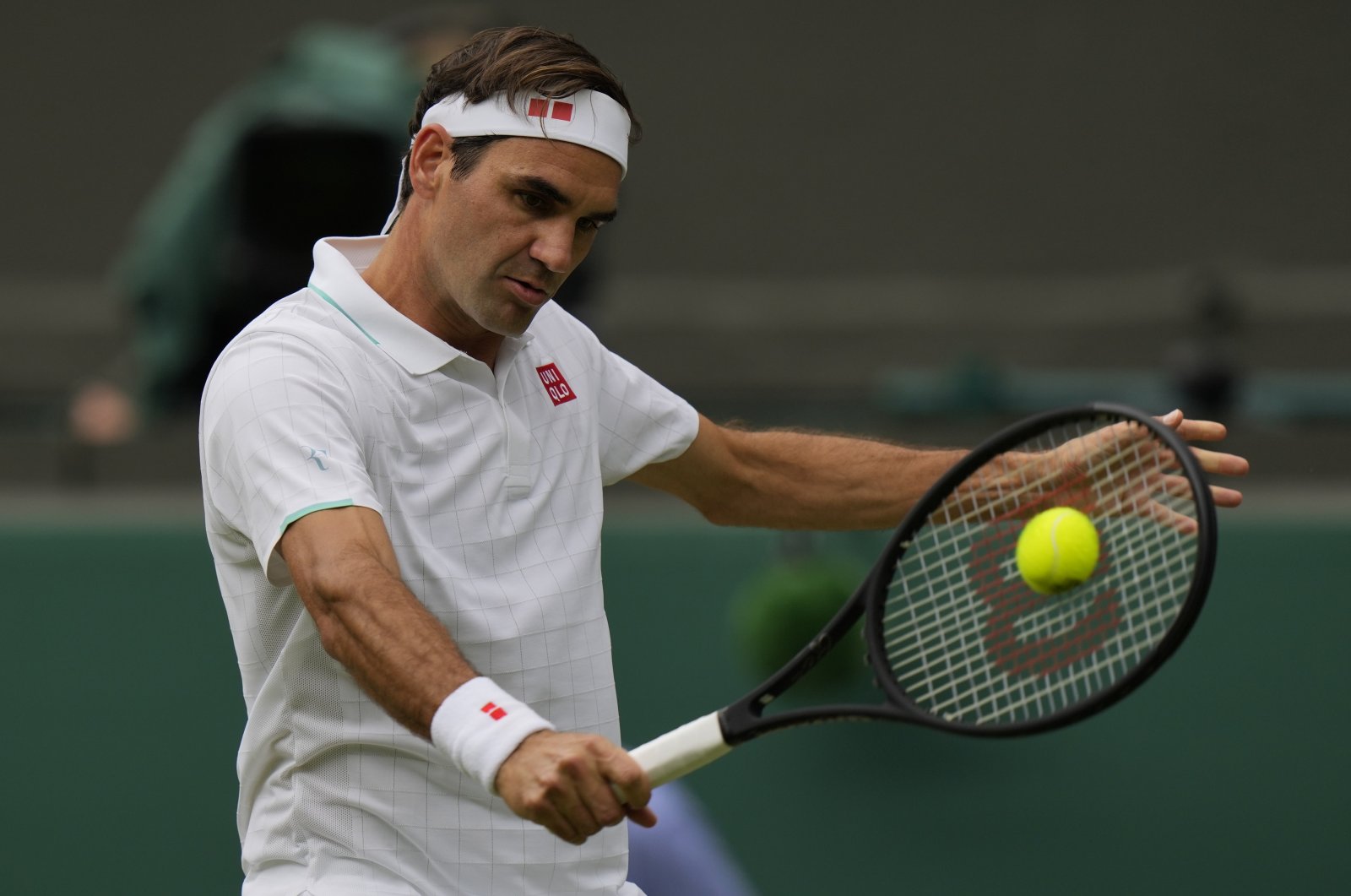 Tennis veteran Roger Federer overcame a raucous home crowd and the last British man left at this year's Wimbledon Cameron Norrie to move into the fourth round of a Grand Slam tournament for the 69th time Saturday.

Federer kept his dream alive of a record-extending ninth singles title as he edged past Norrie in an entertaining 6-4, 6-4, 5-7, 6-4 win.

On the women's side, Australia's world No. 1 Ashleigh Barty looked a bit more fluent after two inconsistent performances in moving into the Last 16.

The 25-year-old's 6-3, 7-5 win over Katerina Siniakova reassured her fans she can win the title on the 50th anniversary of fellow indigenous Australian Evonne Goolagong Cawley's first Wimbledon crown.

Victory pitches her into a fourth-round clash with French Open champion Barbora Krejcikova.

Federer said this Wimbledon held special significance for him.

"I hope there is a little bit more left in me as this one is special for it is the last slam before I hit the big 40," said Federer, the third oldest man to reach the Last 16 in the Open era.

Norrie follows two-time champion Andy Murray and British No. 1 Dan Evans in exiting in the third round.

Federer's half of the draw looks more treacherous than defending champion Novak Djokovic's with two of the younger generation Daniil Medvedev and Germany's Alexander Zverev potentially lurking further down the line.

Second seed Medvedev showed his mettle as for the first time in his career he came from two sets down to beat 2017 Wimbledon finalist Marin Cilic.

The match of the day on the men's side was a damp squib as fiery Aussie entertainer Nick Kyrgios retired with an abdominal injury tied at one set all with stylish Canadian 16th seed Felix Auger-Aliassime.

The maverick that is Kyrgios did not have the best of starts as he left his shoes in the locker room.

"One minute I thought I was professional, got my racket, got my clothes, walked out here so confidently and then bang, I forget my shoes in the locker," said Kyrgios on court before the match.

Despite the disappointing end to his singles campaign – his mixed doubles campaign with Venus Williams must be in doubt – the 26-year-old said he had rediscovered his love of the sport.

"Coming out here (Court One) and having this support has given me a second wind," he said.

Barty is quite the opposite to her compatriot, rarely showing her emotions on the court however she is playing.

Barty remained poker-faced even when she served for the match and once again her serve was found wanting as Siniakova broke her.

However, she made no mistake the second time she served for it and did a gentle fist pump to celebrate it.

"Another great challenge (Krejcikova) but looking forward to it," said Barty.

"She has been playing some great stuff and it will be a new challenge for me as I have never played her before."

Should Barty reach the quarterfinals for the first time she will face a tough rival in either Coco Gauff or 2018 champion Angelique Kerber.

Gauff and Kerber will meet in the last 16 after the American teenager breezed past Slovenian Kaja Juvan while the German had a tough three-setter against Aliaksandra Sasnovich of Belarus.

Gauff is not the only teenager making her mark at Wimbledon this year.

Britain's Canada-born 18-year-old Emma Raducanu, who moved with her Romanian father and Chinese mother to England aged 2, produced a brilliant display to beat the experienced Sorana Cirstea of Romania 6-3, 7-5.

Raducanu – the world No. 338 at the start of the Championships – only sat her school leaving exams in April.

She next faces Australia's Ajla Tomljanovic who accused her opponent Jelena Ostapenko of "lying" when she took a medical time-out at 0-4 down in the final set of their third-round clash Saturday.

"I think it's disgraceful behavior from someone that is a Slam champion," said the Australian who completed a three-set win.