Heartbreak as home hope Barty crashes out of Australian Open 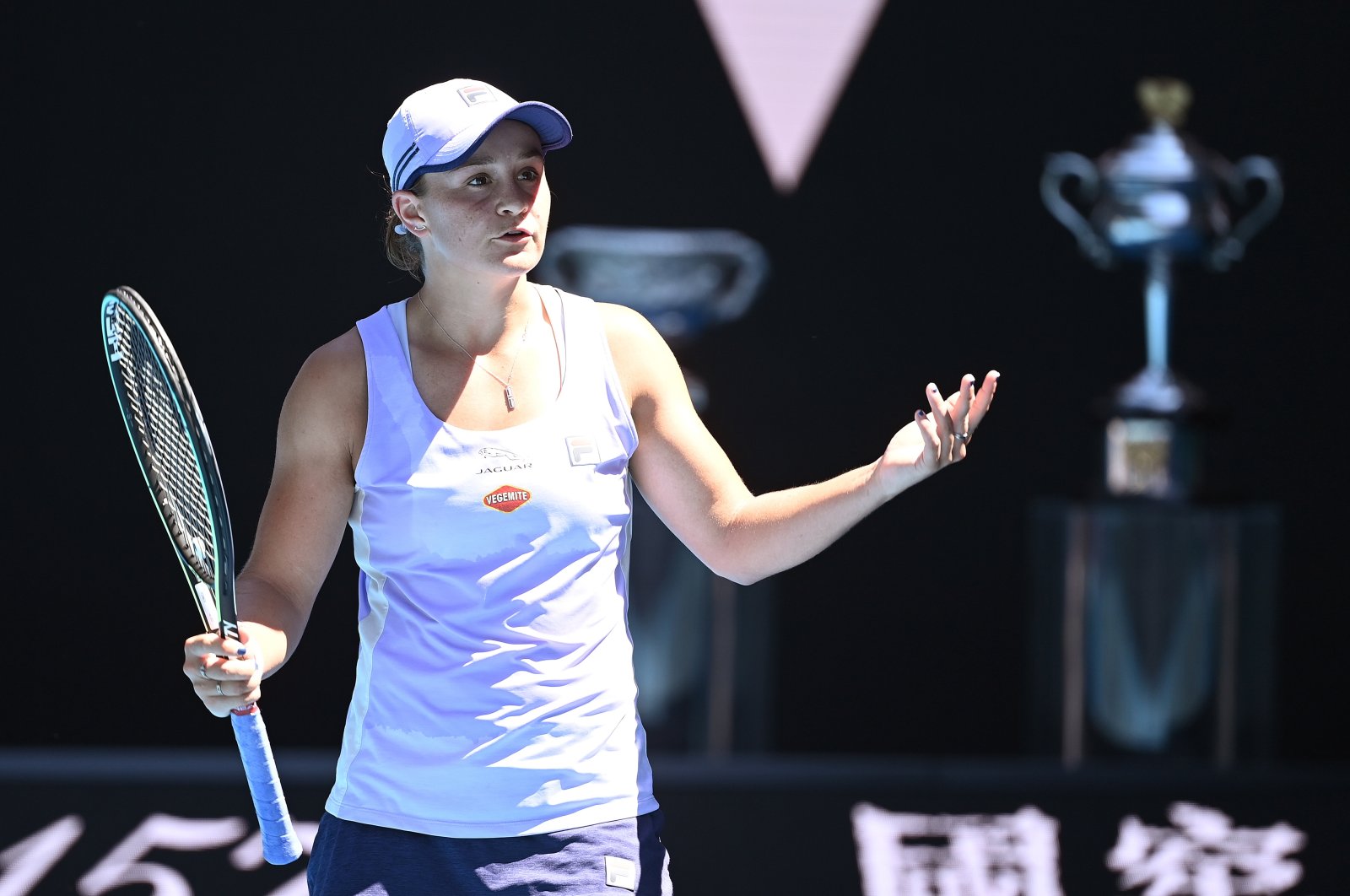 Top seed and home hope Ashleigh Barty's Australian Open came to a juddering halt in the quarterfinals Wednesday, just as fans were cleared to return after an eerie, five-day coronavirus lockdown.

Barty had raised expectations of ending Australia's 43-year wait for a home winner, but her campaign was ended by Czech surprise package Karolina Muchova, who stunned the top seed 1-6, 6-3, 6-2.

Muchova will face Jennifer Brady in the last four after the 22nd seed beat her fellow American and close friend Jessica Pegula 4-6, 6-2, 6-1.

As Victoria state's 6 million people prepared to emerge from the snap lockdown, tickets went on sale for Thursday – heralding the end of an odd hiatus where matches were played in empty stadiums with fake crowd noises broadcast on TV.

Organizers said 7,477 fans would be allowed per session at Rod Laver Arena, about 50% of capacity, from Thursday.

Barty's campaign, however, ended in front of 15,000 vacant seats in a stunning upset by Czech 25th seed Muchova, who came from behind to reach her first Grand Slam semifinal.

In hot conditions, Muchova looked on her way out after Barty raced through the opening set, but after a medical timeout, she returned to dominate as the Aussie crumbled.

"I was a bit lost on the court and my head was spinning so I took a break," said Muchova, while Barty, a semifinalist last year, called her latest near-miss "heartbreaking."

But Barty added: "Will it deter me, will it ruin the fact we've had a really successful start to our season? Absolutely not."

After Barty's departure, Brady also staged a comeback to beat Pegula, whose father is the billionaire owner of the Buffalo Bills NFL franchise, 4-6, 6-2, 6-1.

Brady's achievement is notable, as she is the last woman standing among those who served a hard 14-day quarantine after arriving in Australia – unlike other players, who were allowed out of their hotels for five hours a day to train.

"I felt the pressure from her. She's such an aggressive player," said Brady, who also reached the semis at last year's U.S. Open.

"I was looking to push her back and get more on offense. I think I played a really good third set," she said.

Medvedev and Rublev were both unbeaten this year but their quarterfinal was disappointing as Medvedev took control after a tight first set, winning 7-5, 6-3, 6-2 as his rival faded in the afternoon heat.

"We had some unbelievable rallies and after the point, it's tough to breathe," said Medvedev, the 25-year-old world No. 4.

"I think I'm one of the first players to make Andrey that tired on the court so I'm quite happy," he said.

Later, Nadal plays Tsitsipas aiming to move just two wins away from his 21st Grand Slam title – a feat that would move him past his old rival Roger Federer, who is absent through injury.

The 34-year-old Spaniard can also become the first man since the Open era began in 1968 to capture all four majors twice.

Nadal only has one Australian Open title among his 20 Grand Slam trophies, after he defeated a tearful Federer in the 2009 final.

But the portents are not good for Tsitsipas, who has only one win in their seven meetings, and was blown away by Nadal in straight sets in the 2019 Melbourne semis.

The winner will play Medvedev, while the other men's semifinal features top seed and defending champion Novak Djokovic against Russian qualifier Aslan Karatsev.