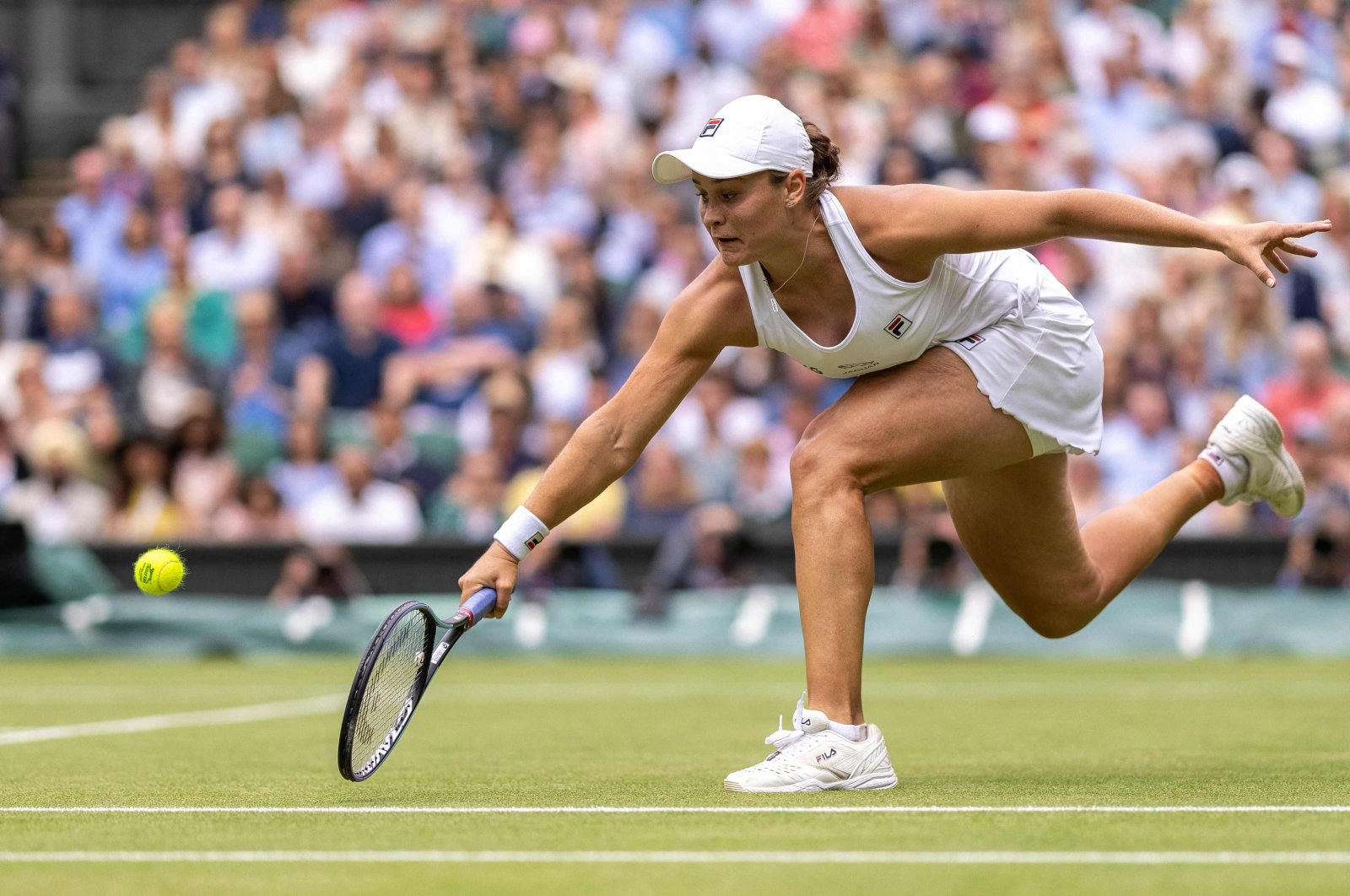 Australia's Barty, 25, overcame a second-set scare, rallying from 5-2 down in the set for victory in 1 hour 26 minutes on the fourth match point.

The 2019 French Open champ Barty will face Czech Karolina Pliskova or Aryna Sabalenka of Belarus in the trophy match on Saturday.

Barty, who won the Wimbledon junior title in 2011, fired eight aces and 38 winners as she now aims for her fourth title of the year and 16th overall.

Former No. 1 Kerber won the title in 2018 and was a finalist in 2016 but failed to reach the decider again despite a spirited fight-back after the lost first set.

"Being able to play on the final Saturday at Wimbledon is going to be just the best experience ever,” Barty said on court.

"This is as close to as good a tennis match as I’ll ever play. Angie brought the best out of me. I’m incredibly proud of myself and my team and now we get a chance on Saturday to try to live out our childhood dream."

Barty was again wearing a dress similar to that of her Australian idol Evonne Goolagong Cawley who won the title in 1971 and 1980 and 41 years ago was also the last women's finalist from Down Under.

She started with a double fault and needed to save two break points before winning the opening game, and she was 2-0 up when Kerber failed to bury an overhead shot which Barty brought back with a blistering forehand passing shot.

Kerber did better on the next overhead to get on the scoreboard for 3-1 but Barty went on to claim the set in the ninth game with an ace after 36 minutes, after fighting off a breakpoint.

Kerber became more aggressive and finally converted her sixth break point of the match on a Barty groundstroke that went wide en route to a quick 3-0 lead in the second.

Kerber was two points away from leveling the sets in the eighth game only to drop serve at love in the next game as Barty eventually forced a tiebreak where she raced off to a 6-0 lead.

The German bravely saved the first three but it was all over on Barty's fourth chance.

World No. 28 Kerber will still leave with positive memories after first-round losses at the Australian and French Open this year. She had boosted her Wimbledon morale with a first title in three years in Bad Homburg.