Kerber crashes out of French Open in first round 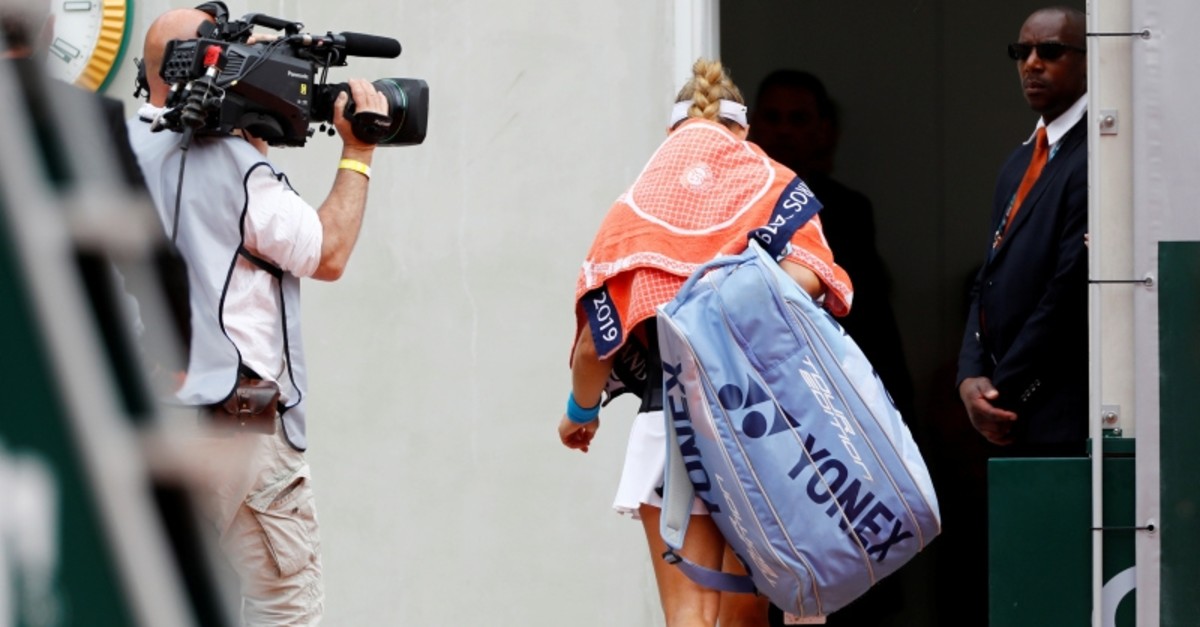 Germany's Angelique Kerber leaves the court after losing her first round match against Russia's Anastasia Potapova at the French Open tennis tournament at the Roland Garros stadium in Paris, Sunday, May 26, 2019. (Reuters Photo)
by Compiled from Wire Services May 26, 2019 2:00 pm

German fifth seed and reigning Wimbledon champion Angelique Kerber was knocked out of Roland Garros in the first round on Sunday by Russian world number 81 Anastasia Potapova.

Kerber, bidding to complete a career Grand Slam, slumped to a 6-4, 6-2 defeat to the 18-year-old who was making her Paris debut.

The 81st-ranked Potapova sealed the opening set with a crosscourt backhand winner and broke twice at the start of the second. Kerber saved two match points before shanking a forehand wide sealing her fate.

"I had a lot of confidence and I have to thank my coach for that," said Potapova, who hit 28 winners past her German opponent who has now lost six times in the French Open first round.

The Russian's first win over a top 10 player gives her a second round clash against either China's Wang Yafan or Marketa Vondrousova of the Czech Republic.

Kerber's preparations for Roland Garros, where she never advanced past the quarterfinals, were hampered by a right ankle injury she suffered at the Madrid Open.