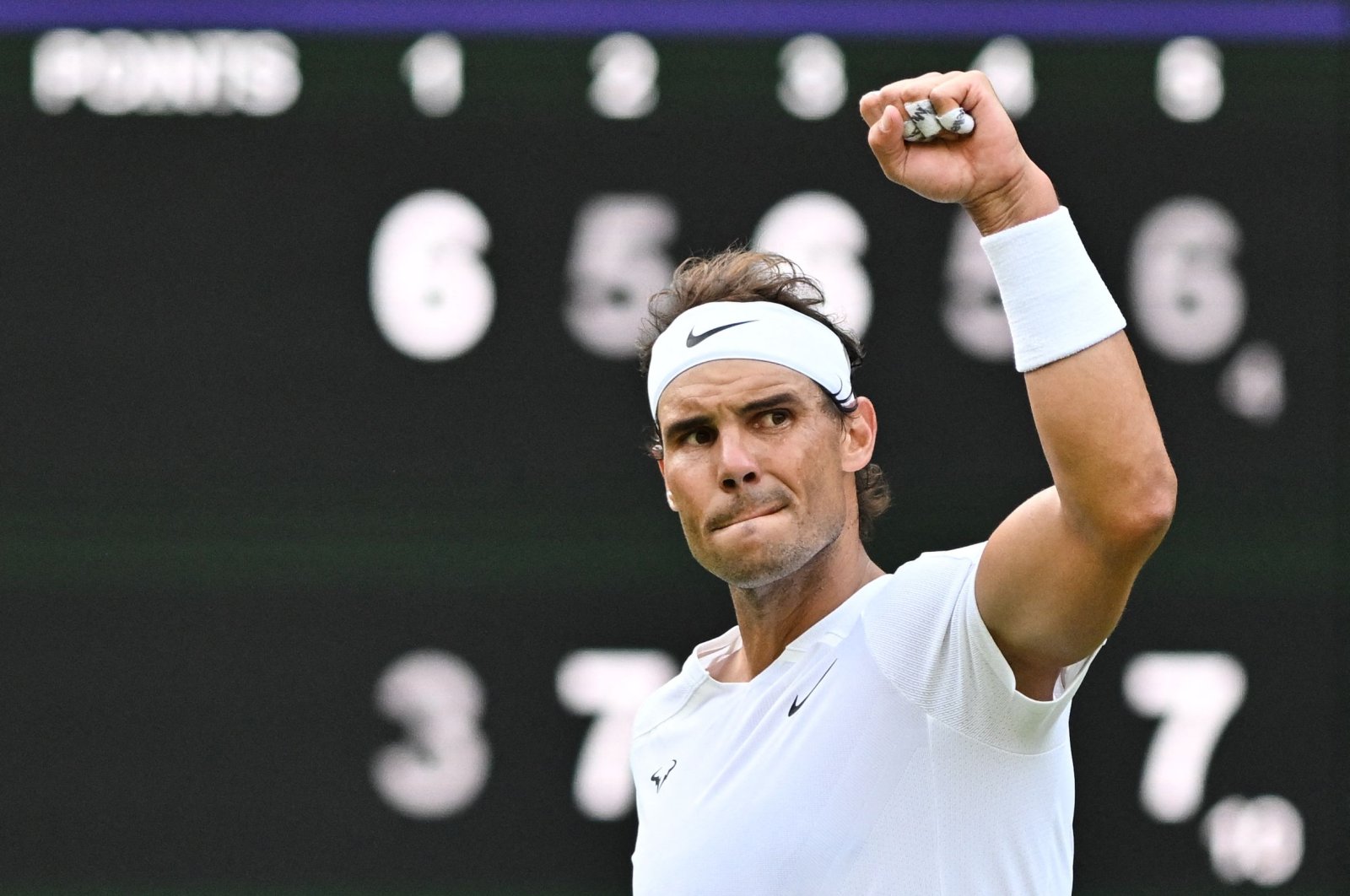 Rafael Nadal conjured up a mesmerizing five-set recovery from a potentially tournament-ending injury on Wednesday to reach an eighth Wimbledon semifinal, where he will take on Australian firebrand Nick Kyrgios.

Nadal, a 22-time Grand Slam champion, suffered from an abdominal problem that forced him to take a medical timeout in the middle of the second set.

He looked in discomfort for significant parts of the match but came out on top as he kept his bid alive for the first men's calendar Grand Slam since 1969.

"For a lot of moments I was thinking I would not be able to finish the match but the crowd, the energy, thanks for that," said the Spaniard.

"I honestly enjoy a lot playing these kind of matches in front of you guys. I can't thank you enough for the support."

Kyrgios earlier said he had given his "best performance", shrugging off an impending court case, in which he faces an allegation of assault.

"It didn't really affect my preparation at all," said the 27-year-old of his Canberra court date next month. "I knew I stayed true to myself and gave my best performance today."

Kyrgios, who shot to fame when he defeated Nadal at the tournament as a 144th-ranked wild card eight years ago, is the first Australian man into the semifinals since Lleyton Hewitt in 2005.

The richly talented but deeply divisive Kyrgios last made a Slam quarter-final seven years ago in Australia.

He admitted Wednesday that he thought his chance had gone.

"There was a point where I was almost done with the sport. I thought my ship had sailed," he said.

"But I'm sitting here, a semifinalist at Wimbledon. It's a special accomplishment. I feel like I don't want to stop here."

"I hope to be ready to play. Nick is a great player on all the surfaces but especially on grass," said Nadal.

"He's having a great grass-court season. I need to be at 100 percent to keep having chances."

Defending champion Novak Djokovic and Britain's Cameron Norrie will meet in the other men's semifinal.

In the women's competition, 2019 champion Simona Halep and Kazakhstan's Elena Rybakina set up a clash for a place in the final.

Halep said she was playing her "best tennis" after comfortably reaching her third semifinal at the All England Club with a 6-2, 6-4 victory over Amanda Anisimova of the United States.

"Definitely this is my best tennis," said the Romanian, who missed last year's Wimbledon with a calf injury.

"I am trying to build my confidence back, and it's good."

Halep has yet to drop a set at this year's tournament as she targets a third major title, having also won the 2018 French Open.

"It is amazing. I am really happy to be into the semifinal. It was a really tough match," said the 23-year-old Moscow-born player.

Rybakina switched nationality in 2018. This year Russian and Belarusian players are banned from Wimbledon following the invasion of Ukraine.

Tunisia's Ons Jabeur, ranked second in the world, will take on unseeded German Tatjana Maria in Thursday's other semifinal.