'It's a joke': Wimbledon courts come under fire after Serena exit 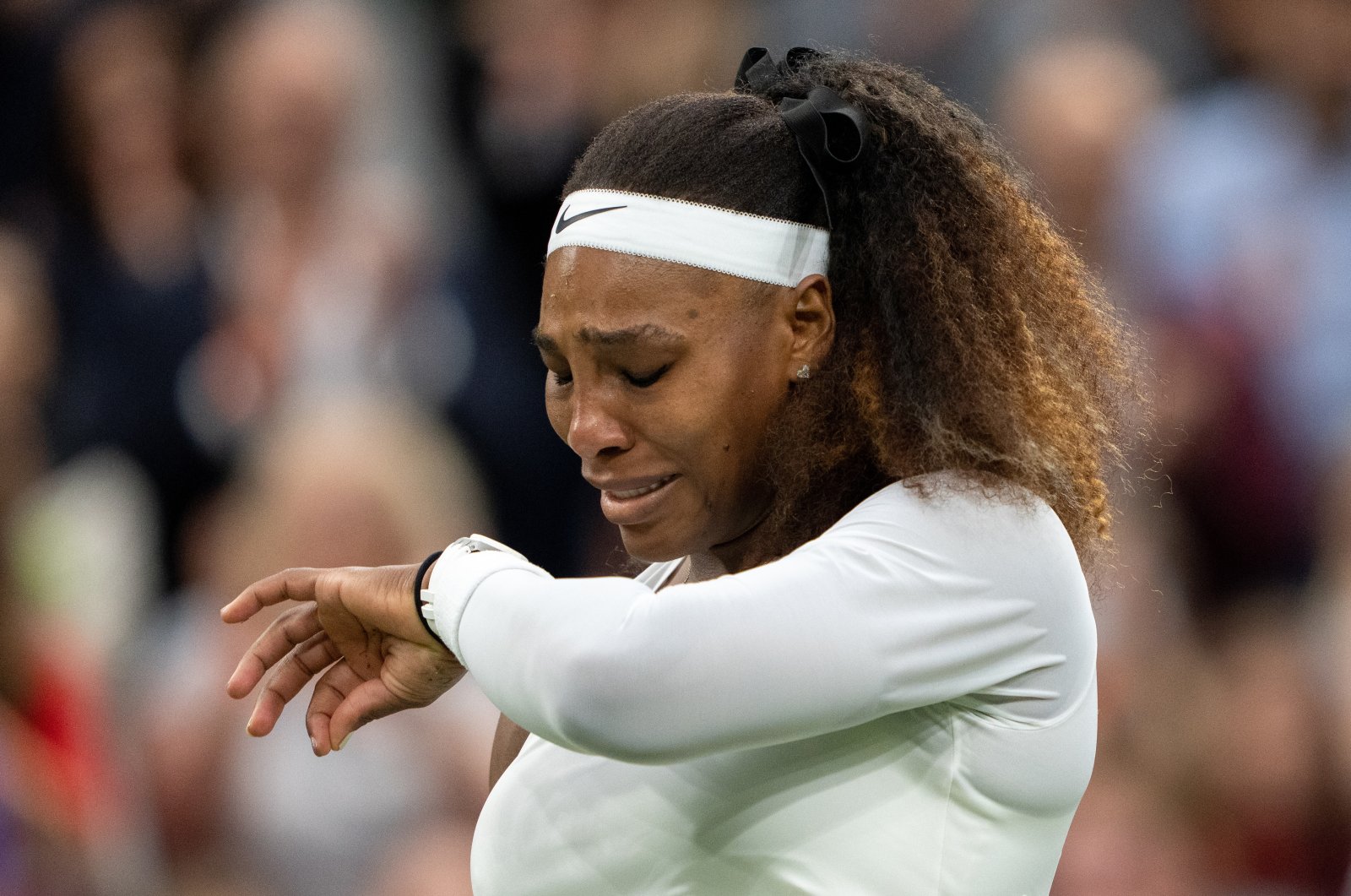 The American superstar twice fell to the floor of Centre Court, struggling to get back to her feet on the second occasion.

In tears, she waved to all sides of the court prompting speculation that she had played her last Wimbledon singles match.

"I was heartbroken to have to withdraw," said the 39-year-old who remains one Slam short of Margaret Court's record of 24.

Her heart-stopping fall came not long after French player Adrian Mannarino had slipped and hurt himself on the same part of Centre Court.

He too had to retire with his match against Roger Federer level at two sets apiece.

"I do feel it feels a tad more slippery maybe under the roof," said Federer.

"You do have to move very, very carefully out there. If you push too hard in the wrong moments, you do go down.

"I do feel it's drier during the day. With the wind and all that stuff, it takes the moisture out of the grass."

However, Federer, who has won eight Wimbledon titles and played 115 matches at the tournament, insists the courts are no different from other years.

"I don't think it plays very different. It's always been like this. I feel for a lot of players, it's super key to get through those first two rounds because the grass is more slippery, it is more soft.

"As the tournament progresses, usually it gets harder and easier to move on."

Australia's Nick Kyrgios, playing under the roof on Court One, was also dismissive of the conditions.

"Guys, for you watching at home, it should be fast here, that's grass-court tennis," Kyrgios was overheard saying before his match with Ugo Humbert was suspended for the night at 3-3 in the final set.

"It's a joke. Try watering it. Make it a grass court again."

Despite the criticism, the All England Club insisted that the courts are up to standard.

"The preparation of the grass courts has been to exactly the same meticulous standard as in previous years," the club said in a statement.

"The weather conditions on the opening two days have been the wettest we have experienced in almost a decade, which has required the roof to be closed on Centre Court and No. 1 Court for long periods.

"This is at a time when the grass plant is at its most lush and green, which does result in additional moisture on what is a natural surface."

The tournament has been hit by heavy rain over the first two days.

Wimbledon is the only Grand Slam tournament to be played on grass and is, as a result, more sensitive to the vagaries of the weather.

In 2013, Maria Sharapova branded the courts as "dangerous" after falling three times on Court Two and was knocked out.

Fellow former number one Victoria Azarenka withdrew from the same tournament with an ankle injury after a fall while Caroline Wozniacki slipped, twisted her ankle and also exited.

Australia's Pat Cash, who won Wimbledon in 1987, described players as looking like "Bambi on ice".

"Grass courts are slippy and that is the challenge of playing on them," he told the BBC's Today at Wimbledon program.

"They have three different phases - very slippery, slippery on the outside and then towards the end of the tournament, we get dust. It makes it really tricky."