Kenin out but Barty, Nadal go through in Australian Open 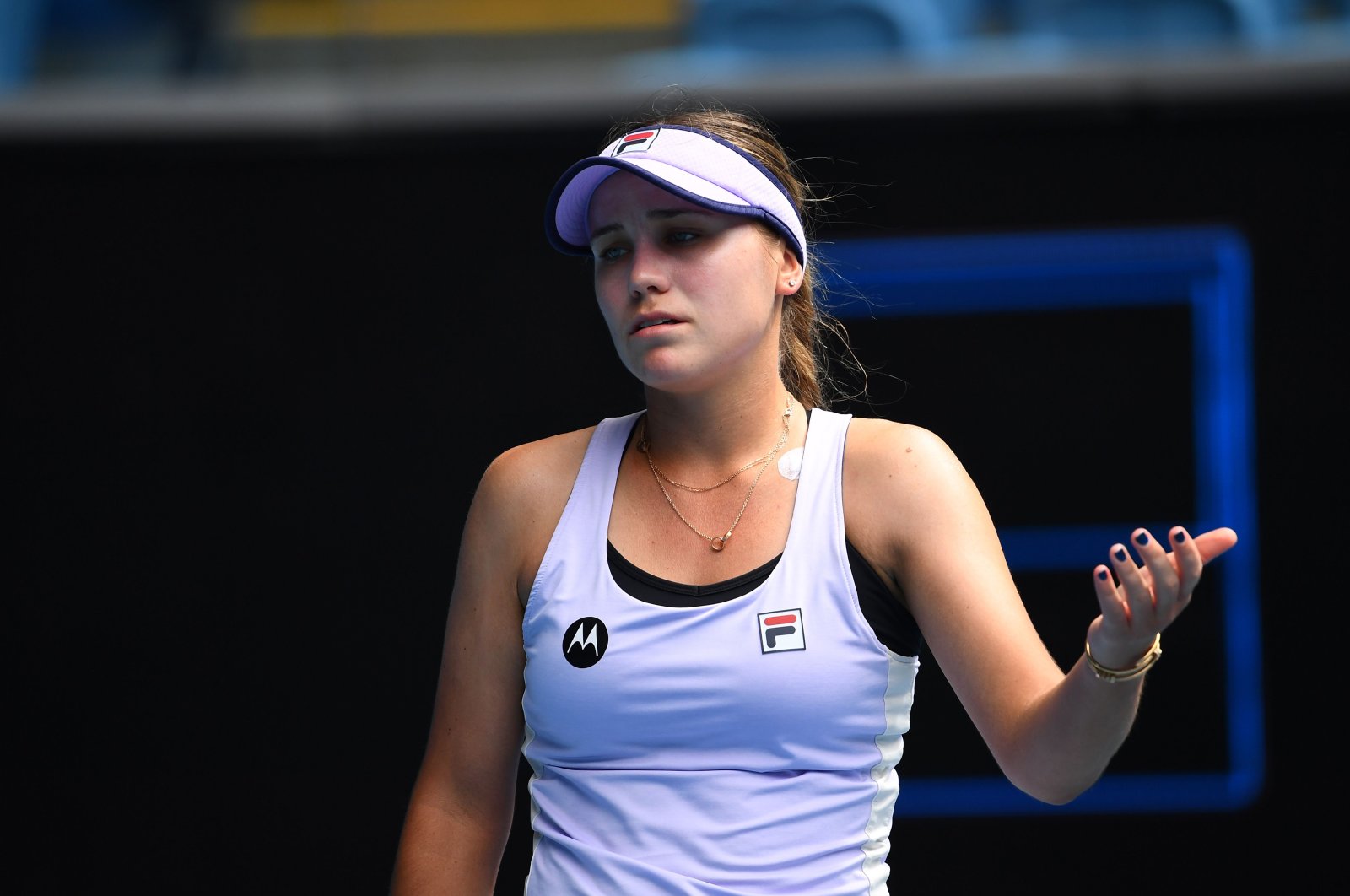 Defending champion Sofia Kenin exited the Australian Open in tears on Thursday as world No. 1 Ashleigh Barty negotiated a sticky moment to reach the third round.

Later in the day, Rafael Nadal dispelled any remaining doubts over his fitness with a commanding 6-1 6-4 6-2 win against American qualifier Michael Mmoh to march into the third round and stay on track for a record 21st Grand Slam title, Reuters reported.

Kenin and Barty topped the day-time bill – but their matches had very different outcomes.

Self-imposed pressure has weighed heavily on Kenin, 22, the world No. 4 who was defending a Grand Slam title for the first time.

And after an emotional first-round win over wildcard Maddison Inglis, Kenin met her match in the in-form Estonian Kaia Kanepi, who ousted the American 6-3, 6-2.

"I know I couldn't really handle the pressure," said an emotional and red-eyed Kenin, who wiped away tears during her press conference.

"I mean, obviously I haven't experienced that. I obviously felt like I'm not there 100% physically, mentally, my game. Everything just feels real off. It's not good."

While Kenin became just the third defending champion since 1970 to fail to reach the third round, Barty further lifted hopes of a first Australian winner since 1978.

Playing with her left thigh heavily strapped, the top seed twice failed to serve out the win before ousting her 387th-ranked compatriot Daria Gavrilova 6-1, 7-6 (9/7).

Barty, who is unbeaten in seven matches after sitting out nearly all of last year, blamed the lapse on ring-rust.

"I haven't played a lot of tennis over the last 12 months. Obviously going to have ebbs and flows not only in concentration but level of play as well," said the Aussie, according to the Agence France-Presse (AFP).

"This isn't very subtle," Barty said, referring to her large bandage. "I'm as fit as a fiddle."

McDonald, 25, became the lowest-ranked tour-level winner against Coric, a U.S. Open quarterfinalist last year, and reaches a Grand Slam third round for only the second time.

"He is a great competitor, a great fighter and it was very difficult facing him today. He has a great serve and all the weapons from the baseline," said Greece's Tsitsipas.

And Russian rising star Andrey Rublev maintained his unbeaten start to the year with a 6-4, 6-4, 7-6 (10/8) victory over Brazil's Thiago Monteiro.

Meanwhile, teenage sensation Coco Gauff was unable to replicate her magical run from last year but said Thursday that her brief run at the Australian Open was a success.

The 16-year-old showed plenty of promise but fell to fifth seed Elina Svitolina 6-4, 6-3 in a free-wheeling second-round contest on Rod Laver Arena.