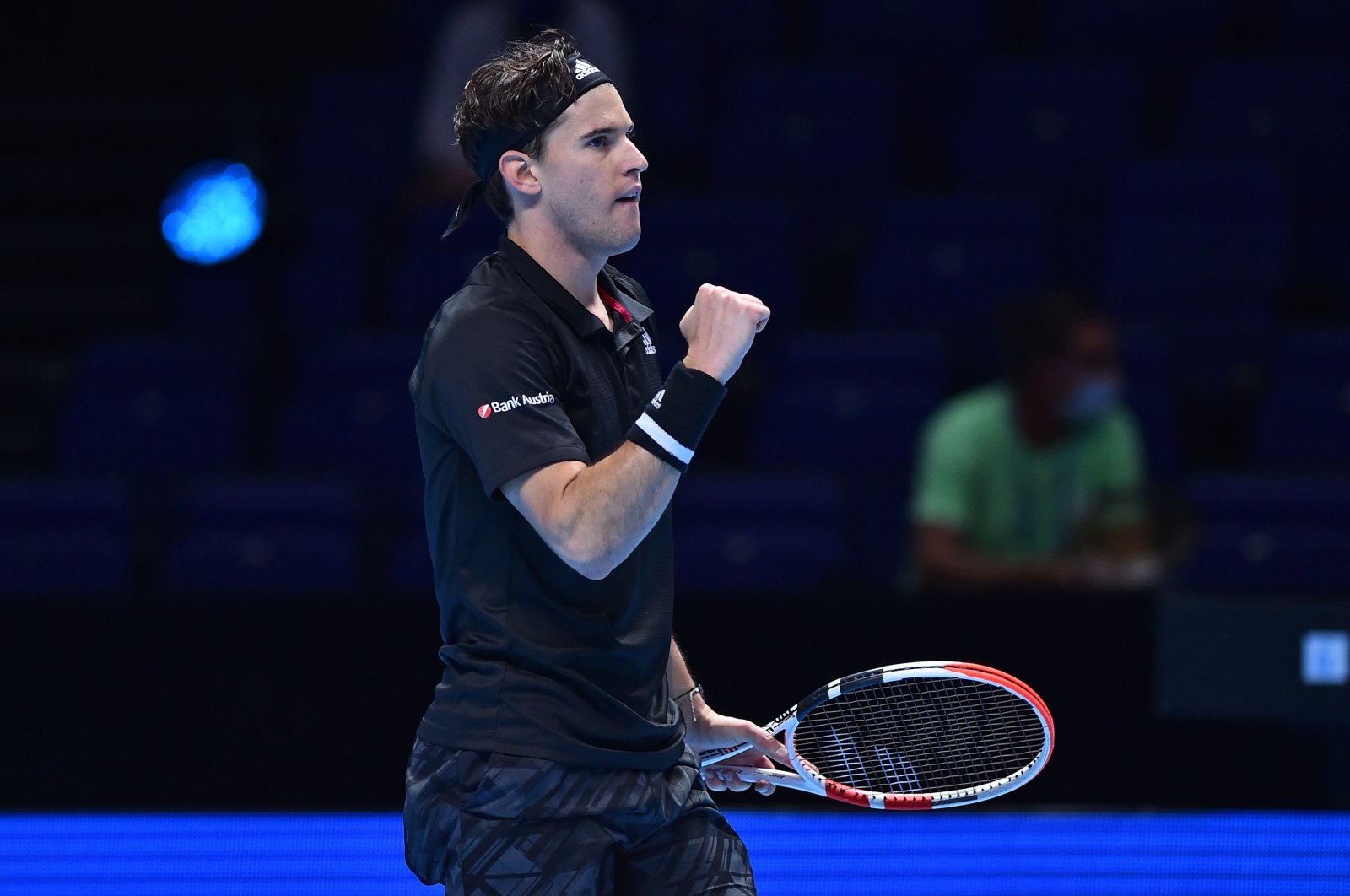 Austria's world No. 3 Dominic Thiem says this year has been one of his easiest physically but living in the "tennis bubble" has been exhausting on the mind.

Speaking after his three-set win over defending champion Stefanos Tsitsipas in the opening round-robin match at the ATP Finals on Sunday, Thiem spoke of the strict COVID-19 protocols the tournament has implemented for the players.

London's 12th and final edition of the ATP event is being played without fans because of the pandemic and the capital again in lockdown to try and stem the virus spread.

The players are all staying in a hotel a few minutes’ walk from the O2 Arena, although they have to arrive by car to avoid any chance of mixing with anyone outside the bubble.

While U.S. Open champion Thiem says living in a bubble and playing in an empty stadium has become a familiar routine, it can take its toll mentally.

"It's the easiest year for a long time, today was my 30th match on tour which is not a large number," Thiem told reporters after his win over Tsitsipas, the man he lost to in last year's final in front of an 18,000 sell-out crowd at the O2 Arena.

"But mentally it's tough because you get so much energy from the fans in the stadium if you have a huge win like today, so much positive energy and all of this is missing.

"Then being in a city, like London or New York, the great restaurants, being out with the people you love, that also gives you energy, but all of this is gone. But we are very grateful that this event is happening and we can do our jobs."

Even the possibility of a jog alongside the Thames is denied to the players as, when they are not inside the huge domed arena, they are confined to two floors of their hotel.

"We cannot come in touch with people not related to the tennis so that makes it a safe environment, but it's pretty rough because we get only two or three minutes of fresh air every day and no sun," Thiem said.

Thiem, playing in the finals for a fifth successive year, was the more threatening player in the first set but had to recover a 1-4 deficit to win the tiebreak.

"Last year the atmosphere in the final was insane, but today was a bit different," he said.