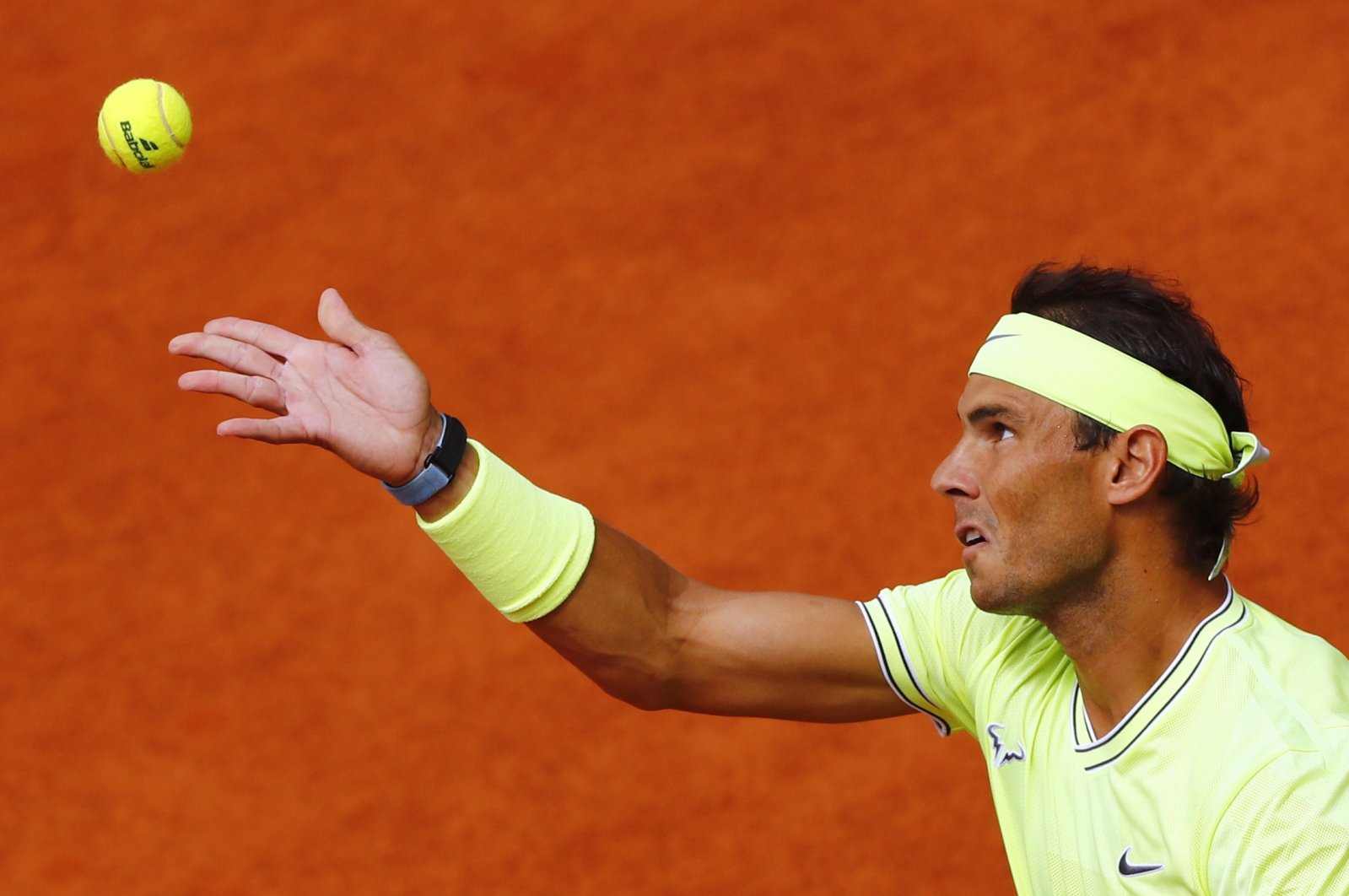 The Spaniard seeks to equal his long-time rival's number of major championships at Roland Garros, which returns after a four-month delay due to the coronavirus outbreak

Rafael Nadal will have a chance to equal Roger Federer's leading haul of 20 Grand Slam titles as he begins his campaign for a record-extending 13th French Open crown when the rescheduled Roland Garros tournament starts on Sunday.

Nadal, the world No. 2, returned to action in Rome last week, where he was knocked out in the quarterfinals by Diego Schwartzman.

Despite the upset in his first tournament since February, the Spaniard still carries the favorite tag, but Nadal dismissed that he is not putting emphasis on matching his long-term rival Federer with another victory.

"For me (matching Federer's record) is not an obsession at all," said Nadal, who was on Thursday drawn to start against Egor Gerasimov of Belarus.

"I can't be all the time thinking about what Roger had. I would love to finish my career with 25 (grand slam titles) but that's something that probably will not happen. I will keep fighting to produce chances, and then when I finish my career, let's see," he said.

Nadal is in the same half of the draw as Austrian Dominic Thiem, whom he beat in the last two Roland Garros finals.

Thiem is coming off his first major title at the U.S. Open and faces a tricky first hurdle in former U.S. Open champion Marin Colic.

The French Open is traditionally a summer event held from the end of May for a fortnight, but the organizers decided to move the event to between Sept. 27 and Oct. 11 because of the coronavirus pandemic.

The outbreak is already a concern for Roland Garros after two players in the qualifying tournament tested positive for the virus.

That may ease the concerns of women's top seed Simona Halep who starts her bid for a third Grand Slam title against Spain's Sara Sorribes-Tormo.

"Of course, it worries me," said Halep in reference to the fans' return after winning her first Rome title on Monday. "But I'm sure that measures will take place there, and we will be safe enough to be okay to play and to be safe."

The main court Phillippe Chatrier will also see its new retractable roof being used, becoming the last of the four Grand Slam tournaments to install such a feature to allow play in any conditions.

With the tournament moving through dates that will see autumn weather, world No. 1 Novak Djokovic hopes it will help the tournament's schedule.

"It's going to be interesting obviously seeing how the tournament will progress," Djokovic said.

"If it starts raining, and we know at this time in Paris it can rain, how that's going to affect the whole scheduling. We are hoping that we can finish in time," he said.

Djokovic, a 17-time grand slam champion, who was disqualified at the recent U.S. Open for hitting a line judge with a ball, has only won one French Open title in 2016.

The top-seeded Serb will start against Sweden's Mikael Ymer, and despite being given the easier half of the draw, Djokovic still backs Nadal to make another final.

"I still think a lot of people will agree, he's the No. 1 favorite," Djokovic said of Nadal.

On the women's side, Halep is the frontrunner after maintaining an unbeaten run of 14 victories on either side of the coronavirus-enforced suspension in March with a third straight title win in Rome.

The Romanian world No. 2 lifted her first Grand Slam trophy at Roland Garros in 2018 and another major triumph could see her take the No. 1 ranking from defending champion Ashleigh Barty, who decided not to attend because of coronavirus-related concerns.

"I'm not gonna put pressure on myself," Halep insisted regarding her chances.

"It's the dream that every player has it when we start a Grand Slam, so my dream is to win, of course, but I'm not thinking that far. I just want to take every player very serious and with a chance to win the trophy," she said.

Japan's U.S. Open champion Naomi Osaka is injured, and second-seeded Czech Karolina Pliskova could pull out after retiring from the Rome final against Halep with a left thigh injury.

American Serena Williams, who turns 39 at the start of the tournament, will again attempt to win a record-equaling 24th major by beginning against compatriot Kristie Ahn.

The tournament will start off with a pair of mouth-watering first-round games, including a battle of three-time major winners, Britain's Andy Murray and Switzerland's Stan Wawrinka, and breakthrough U.S. teenager Coco Gauff versus Britain's ninth-seeded Johanna Konta.