Nadal lashes out at French Open scheduling after midnight match 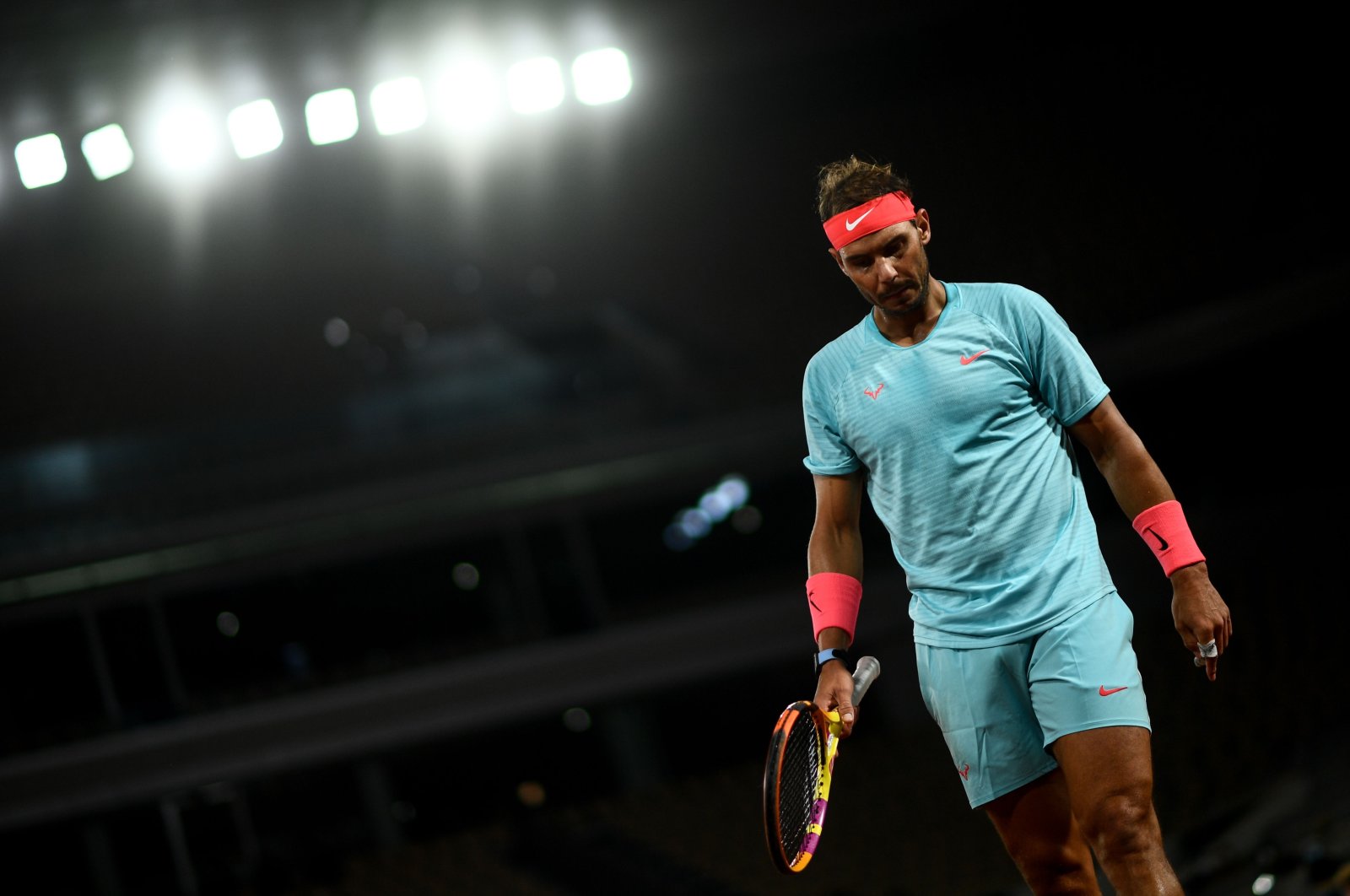 Having finished his quarterfinal match at 1:26 a.m. local time in cold, windy conditions, Rafael Nadal questioned French Open organizers' decision to schedule no fewer than five matches on the same court throughout the day.

The 12-time Roland Garros champion was scheduled last on the main court and when he started his match, the temperature was 13 degrees Celsius (55 degrees Fahrenheit) with a cold wind sweeping the clay off the court, whose roof was left open throughout.

"The weather ... it's too cold to play tennis. I know football players do it all the time, but they're always moving while us tennis players, we stop, we come back, there's the changeover," Nadal told a news conference after his 7-6(4), 6-4, 6-1 win against Italian teenager Jannik Sinner.

Play started at 0900 GMT on Tuesday with a rescheduled women's fourth-round match before a quarterfinal between Nadia Pogoroska and Elina Svitolina, a men's quarterfinal between Diego Schwartzman and Dominic Thiem that lasted five hours and eight minutes and another last-eight encounter between Iga Swiatek and Martina Trevisan.

Nadal started his match at 10:36 p.m. local time. While such starting times are not unusual at the U.S. and Australian Opens, those tournaments are held during the summer.

This year's French Open, however, was moved from its usual spot in the warmer May-June months because of the COVID-19 crisis.

"I really don't know why they put five matches on the Chatrier today. That was a risk," said the Spaniard.

"I saw immediately yesterday when they sent me the schedule because there is a chance there is a couple of long matches. That's what happened. Little bit unlucky, of course,” he said.

"For me, I just tried to be patient, accept everything, and be in positive shape. That's what I did," Nadal said.

The 30-year-old, a twice champion at Wimbledon, reached the last four stage on the claycourts at Roland Garros for the second time since 2012 and was yet to lose a set at this year's tournament in Paris.

Siegemund, ranked 66th in the world, did not pose a challenge in the opening set but gave a good account of herself in the second despite suffering a lower back problem midway through the set.

One break of serving in the opener was enough for Kvitova while five more breaks followed in the second set.

Kvitova, who has yet to drop a set at the tournament, claimed victory when Siegemund served up a third double fault of the tie.

"After my last match, I was very emotional to be in the quarterfinals. Now I am in the semis. I never imagined this would happen after everything that has happened,” Kvitova said.

"This is my lucky place," she said.