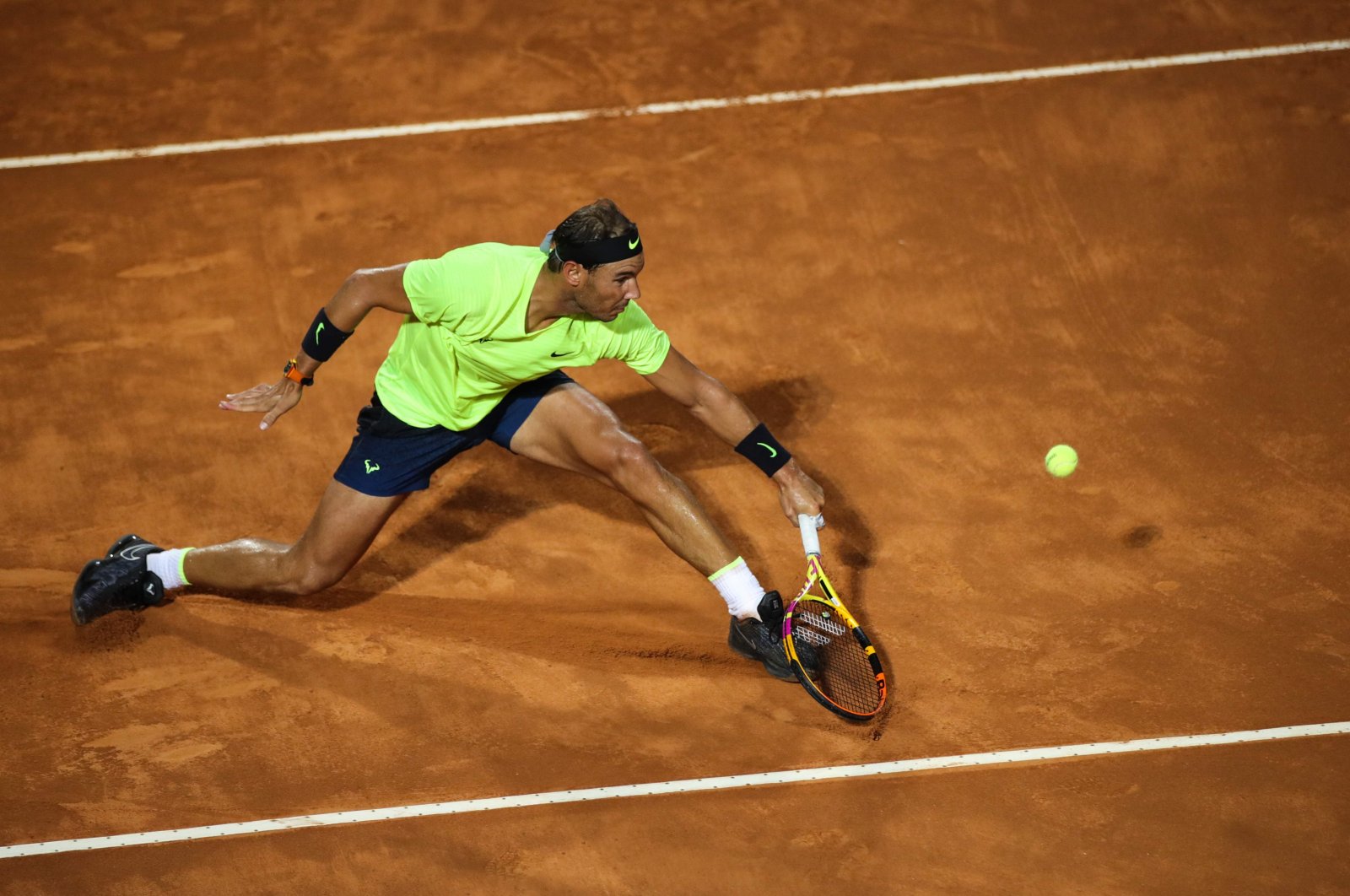 Rafael Nadal’s first tournament in seven months ended with a 6-2, 7-5 loss to Diego Schwartzman in the quarterfinals of the Italian Open on Saturday.

Nadal, a nine-time champion in Rome, had never lost to 15th-ranked Schwartzman in nine previous meetings. But Schwartzman dictated the baseline rallies and produced a series of drop-shot winners as Nadal uncharacteristically made unforced errors and struggled to get his first serve into play.

While Nadal won his opening two matches this week in straight sets, his rustiness showed from the start against Schwartzman.

Nadal committed nearly twice as many unforced errors as Schwartzman, 30 to 17, and won only 29 of 63 points on his serve – resulting in five breaks.

"Losing that many serves you can't expect to win a match," Nadal said. "So something that I have to fix. I know how to do it."

Nadal, who chose not to play the U.S. Open due to travel concerns amid the coronavirus pandemic, had not played a tournament since winning a title in Acapulco, Mexico, in February. He now has one week to regroup before he attempts to win a record-extending 13th French Open title. Roland Garros starts next weekend.

Earlier, Novak Djokovic lost his cool again midway through a 6-3, 4-6, 6-3 win over German qualifier Dominik Koepfer – less than two weeks after getting defaulted from the U.S. Open.

When Djokovic was broken at love to even the second set at 3-3, he slammed his racket to the red clay in anger.

With the frame broken and the strings all mangled, Djokovic was forced to get a new racket and received a warning from the chair umpire.

"It’s not the first nor the last racket that I’ll break in my career," Djokovic said. "I’ve done it before and I’ll probably do it again. I don’t want to do it but when it comes, it happens.

"That’s how, I guess, I release sometimes my anger and it’s definitely not the best message out there, especially for the young tennis players looking at me, and I don’t encourage that – definitely.”

The top-ranked Djokovic was thrown out of the U.S. Open for unintentionally hitting a line judge in the throat with a ball in a fit of anger.

Aiming for his fifth title in Rome, Djokovic’s semifinal opponent will be Casper Ruud.