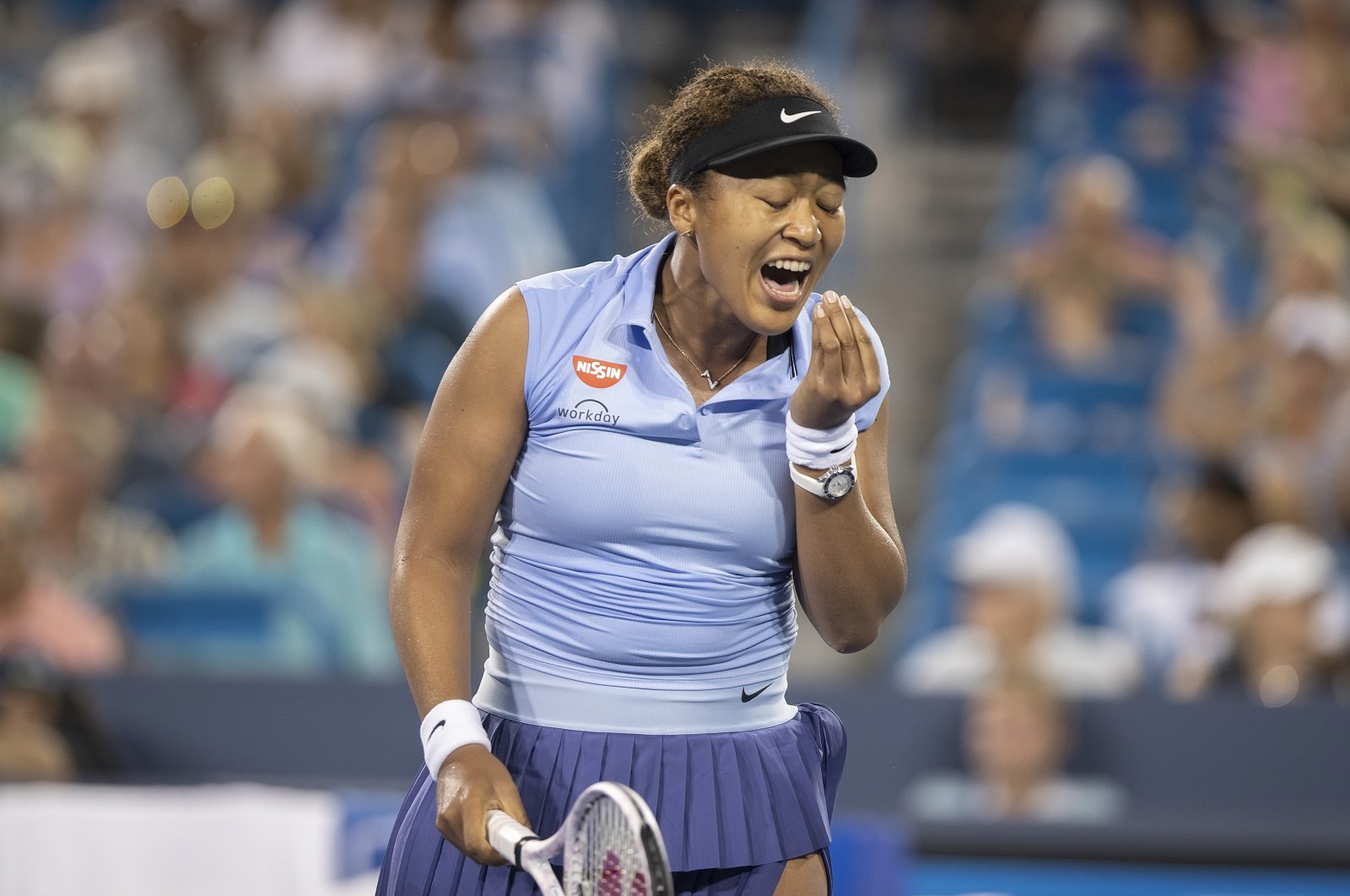 Four-time Grand Slam champion Naomi Osaka fell to a shock third-round loss to world No. 76 Jil Teichmann at the ATP and WTA Cincinnati Masters on Thursday.

Osaka went down 3-6, 6-3, 6-3 to the and admitted after the upset that her Tokyo Olympic third-round loss was on her mind.

"I was doing all I was supposed to do," the Japanese world No. 2 said. "In the second and third sets, I was too defensive.

"I learned a lot from this match – I can sleep at night."

Osaka lost to an opponent who has struggled with several injuries this season but is now back to health.

"I knew inside I had this level and I was able to show it on court," said Cincinnati quarterfinalist Teichmann. "This week things are working out. I needed to be patient and here I am."

Osaka stayed low-key throughout the post-match media sessions she says she dreads, answering questions and seeming to meekly accept the loss in her final tuneup for the U.S. Open, which begins Aug. 30.

"I have high expectations of myself but there was nothing more I could do to win this match," Osaka said.

"I'm almost glad I lost as it gives me so many things to work on in my game. I just hope the results come in time for the U.S. Open."

Osaka wished she could have won more than $24,200 in prize money to donate in aid of the earthquake recovery effort in Haiti, her father's homeland, but tournament officials said they would match her donation.

"I'm happy, but sad that I didn't go further," Osaka said. "But I think I raised awareness. I'm glad we were able to contribute something."

"I felt a bit hesitant, and normally I don't feel that way," Osaka said. "I put myself in this position by choosing not to play that many tournaments."

Osaka has had a rough ride since withdrawing during Roland Garros over emotional issues and skipping Wimbledon. She has played only two hardcourt preparation matches since the Olympics.

"I'm feeling more confident in myself," Osaka said. "There were times where I was doubting myself. It's important to remind myself what my strengths are. I think I did that well in the first set.

"In the second set, maybe I played a bit more to her rhythm, and also in the third set, as well."

"I'm happy with how I played today," Osaka said. "I didn't give up on any ball. But my point construction could be a lot better."

"I'm glad I overcame that obstacle," he said. "I stayed in and waited for opportunities to present themselves. A fighting spirit was very crucial."

Barty improved to 13-1 over top-20 opponents this season and will next face off against fellow French Open champion Barbora Krejcikova, who beat Garbine Muguruza 6-1, 6-7 (5/7), 6-2.